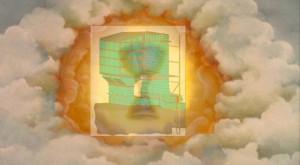 Swiss-based Holcim Cement is requesting a permit amendment to add new piece of pollution control equipment to its Midlothian cement plant, one of three cement plants that make the city the "Cement Capitol of Texas" and the largest concentration of cement manufacturing in the U.S. Good news, right? The problem is that the company is asking the state for the permit before deciding what kind of pollution control equipment to install.

That's right. Holcim is asking the Texas Commission on Environmental Quality (TCEQ) to OK a permit that will result in a "major modification" of its Midlothian plant and could produce significant amounts of new pollution before it even decides what the major modification is going to be. Anywhere else in the country this might be a bit odd, but hey, it's Texas, where Rick Perry's TCEQ has a rubber stamp standing by for anything industry requests.

Holcim's permit request is being prompted by a problem complying with new federal regulations limiting a kind of pollution called Total Hydrocarbons, or THCs. These are also sometimes referred to as "Volatile Organic Compounds." Think Benzene, and other kinds of hazardous flammable gases. In its permit application Holcim says it needs to add new controls to reduce THC to levels and come under the new federal standard. Fair enough. The company then says that it's still trying to decide between two different types of controls and will make up its mind after getting the permit and seeing how well its choice works out on one of its two separate giant kilns. That's the bogus part.

But wait, there's more! The two technologies Holcim is considering installing in Midlothian are: 1) A Regenerative Thermal Oxidizer, or RTO, which is a fancy way of saying setting them on fire and flaring them off, and, 2) A Selective Catalytic Reduction unit, or SCR, which is a tower of treated metal honeycombs that pick up pollution as the plant exhaust passes through them. RTOs are already installed on American cement plants, including TXI's huge Midlothian kiln just a few miles down Highway 67 from Holcim. On the other hand, up to now full-scale commercial SCR units have only been installed on European cement plants and in fact, the Portland Cement Association has lobbied long and hard to keep them out of the US for fear of raising the pollution control bar too high for all of the country's cement plants.

That's because SCR is more expensive to build and maintain than most cement plant control devices. But for the money, you get the Holy Grail of cement plant pollution control technology.

Most of the European cement plants that have SCR units install them to remove another type of pollution from their stacks – Nitrogen Oxides (NOx). If that sounds familiar, it's because NOx is a major smog-forming pollutant, and DFW has so much of it that the region has never been in compliance with the Clean Air Act standard for smog. And you'll never guess which facilities are the single largest sources of NOx pollution in North Texas. Or maybe you will: the Midlothian cement plants.  That's why Downwinders at Risk has made it a point to campaign to require all three Midlothian cement plants –  Holcim, TXI and Ash Grove – to install SCR….since all the way back in 2001, when the first European units were deemed a success at a German cement plant. SCR can remove 80 to more than 90% of all NOx coming out of a cement kiln. The 6500 tons of NOx a year that the Midlothian cement plants are permitted to release could be reduced to 650 tons with the application of SCR.

Now, as it turns out, SCR units are great not only at capturing large amounts of NOx pollution, but all kinds of other industrial pollution coming out of cement plants as well. Like THCs – up to 70% or so, but also Particulate Matter, Metals, Greenhouse Gases, Carbon Monoxide, and Dioxins. It's what's called a multi-pollutant control device because it does such a good job of eliminating a wide variety of nasty stuff from smoke stacks. This is what makes it the state-of-the-art technology for communities hosting kilns. In contrast, RTOs are single-purpose pollution devices aimed just at hydrocarbon removal and aren't designed to remove other kinds of emissions.

So even though Holcim is considering operating SCR because of its hydrocarbon problem, it would have a massive impact on the plant's air pollution across the board. And if Holcim were to set the precedent, the clock would begin ticking on bringing SCR to the other two Midlothian cement plants as well. It would only be a matter of time.

The public comment period for telling the state whether to accept or reject Holcim's permit application ends this Friday, July 11th at 5 pm. (If you're interested in jumping through the hoops to fill out the online form for official comments, you can go here and use Permit Number 8996)

Downwinders is submitting detailed comments praising Holcim for considering SCR, but urging the TCEQ to reject this permit because it's too vague and doesn't commit the company to any partciular technology, including SCR. We've also been collecting letters form local officials and stare legislators that urge Holcim to definitively choose SCR.

Now we're asking you to help us bombard both the Texas Commission on Environmental Quality and Holcim's US headquarters in Dundee Michigan in the next 48 hours with the same message to show public support for the company to do the right thing while rejecting a placeholder permit that doesn't commit it to do that right thing.

We want a permit request from the company that says Holcim will definitely install SCR, becoming the first commercial application of this state-of-the-art technology in America.

Using our "Featured Citizen Action" link, you can send such a message to Austin and Michigan in a matter of seconds right now. All you have to do is click here and then send the e-mails. We guarantee there's no more important or easier thing you can do for clean air in North Texas this week than sending these e-mails to the TCEQ Commisisoners and Holcim Corporate leadership. Please help us get the cement plant pollution control technology DFW deserves. It will only take a matter of seconds for you to help us achieve a goal we've been working toward for 14 years. We can do this. But we need your help. Now. Thanks.