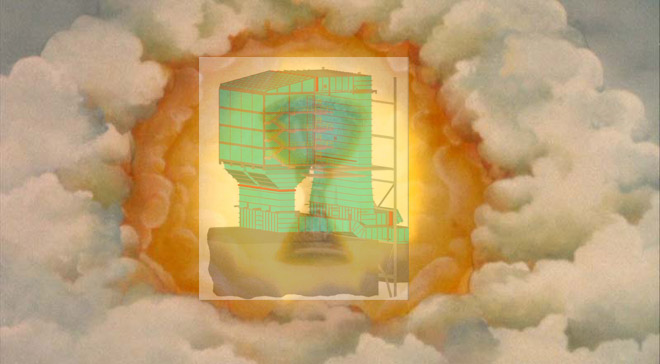 (Midlothian) After a 14-year effort by local citizens, Holcim US Inc. is applying for a permit to the Texas Commission on Environmental Quality to install a Selective Catalytic Reduction (SCR) unit in their Midlothian facility. It's the first application for commercial use of SCR technology in any U.S. cement kiln.

DFW-based clean air group Downwinders at Risk has been advocating the use of SCR in the three Midlothian cement plants located just south of I-20 since 2000, when a German cement kiln first operated the technology successfully.

Together, the TXI, Ash Grove, and Holcim plants represent the largest concentration of cement manufacturing in the country and are a major contributor to DFW's historic smog problem.

"We need this pollution control technology in North Texas, and we're pleased to see Holcim's application," said Downwinders Director Jim Schermbeck. "But we wish residents could enjoy its results sooner than Holcim intends."


The SCR unit is planned for Holcim's idle Kiln #2 while a more common Regenerative Thermal Oxidizer will be built for its operating Kiln #1. Both technologies are being installed to meet new EPA emission standards for hydrocarbon pollution from cement plants. Those standards themselves were championed by Downwinders and other  citizen groups in 2009, with over 200 people showing up at an EPA hearing the the DFW Airport Hotel to support them.

The deadline for compliance with the new standards is September 2016. However, restarting of Kiln #2, and the introduction of SCR in Midlothian, is dependent on local demand for Holcim's cement, which is still recovering from weak demand during the recession. That lack of demand could delay the technology's inauguration until after 2016.

Nevertheless, according to Schermbeck, Holcim's application for a permit to install SCR makes it's more likely that all of the Midlothian cement plants, and others in EPA "non-attainment areas" for smog pollution around the country, will be adopting it sooner rather than later.

"Holcim's application sets a precedent that's hard to ignore by regulators in Austin and Washington. For the first time a US cement plant has expressed enough confidence in SCR to make it a technically and economically-viable choice for pollution control. There's no going back."

SCR is widely considered to be the most advanced form of pollution control for cement manufacturing, capable of reducing smog-forming pollution by 90% or more, along with significant reductions in Particulate Matter, metals, and Dioxins.

Although about half a dozen European cement kilns are successfully operating the technology, U.S. plants have refused to endorse it. Two EPA-sponsored pilot tests of SCR are being conducted at Indiana and Illinois cement kilns as part of court-ordered settlements. Holcim's application for its Midlothian kiln is the first time and American cement plant is voluntarily approving SCR use.

Although it's not coming in time to impact the current DFW clean air plan, due to go to public hearing in January of next year, Holcim's application will put SCR on the agenda for the next such plan.

Just two weeks ago, EPA staff recommended a new ozone, or smog, standard of between 60 and 70 parts per billion over an eight hour period versus the current limit of 75 ppb. Adoption of a stricter standard is expected to occur by late next year, meaning a plan to meet that standard will be gearing up sometime in the next three to five years. By that time, Holcim's SCR unit should have a track record that can be cited as a reason for all the Midlothian cement plants to use it.

Schermbeck noted that just last month representatives of the TCEQ told a regional air quality meeting in Arlington that SCR was neither an economical nor technically feasible pollution control option for the Midlothian cement plants. He said Holcim's application belies that claim.

A public meeting on the Holcim permit application is being scheduled for early November.

Arrival of SCR on the scene marks the latest and the most dramatic milestone in the transformation of the local cement industry since Downwinders at Risk was founded 20 years ago to stop the burning of hazardous wastes in the Midlothian kilns.

After a 14-year battle, TXI halted its hazardous waste-burning operations in 2008. Downwinders then pursued a six-year "green cement" campaign to replace all seven obsolete and dirtier wet kilns with newer "dry kiln" technology. That campaign ended in 2012 with the announcement that Ash Grove would shutter its three wet kilns and build a new dry kiln in their place. That plant is due to go on line this year.

Adoption of SCR remained a goal of the group through four different DFW clean air plans going all the way back to 2000. Schermbeck said his group made incremental progress each time, winning small and large battles that directly lead to today's news.

"Holcim's application for SCR is the latest testament to the persistence and focus of a small group of committed citizens who have pulled and pushed the U.S. cement industry into the 21st Century one step at a time."