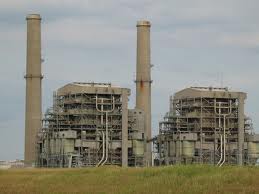 The Sierra Club does. Funded by a $50 million donation from New York Mayor Michael Bloomberg, its Beyond Coal campaign is coming to Dallas-Ft. Worth to take on the old TXU, the operator of some of the most polluting coal plants in the nation, including Martin Lake, the third largest stationary source of Greenhouse Gas pollution in the nation.

Hoping to persuade customers to switch electricity providers, as well as hit the plants as contributors to the chronic regional smog problem, the Club is sending at least two organizers up to North Texas from Austin on a regular basis. They'll be supervised by former Downwinder technical adviser and EPA Regional Administrator Dr. Al Armendariz, who's now heading up the Texas franchise of Beyond Coal.

Although some might argue that gas mining in the Barnett Shale has replaced the threat the coal plants represented seven years ago when Governor Perry attempted to fast track the permitting of over a dozen new ones, the old TXU ones still release formidable amounts of pollution because they're so old. A new Texas Tribune interview with Dr. Armendariz lays out the campaign's strategy for taking them on. 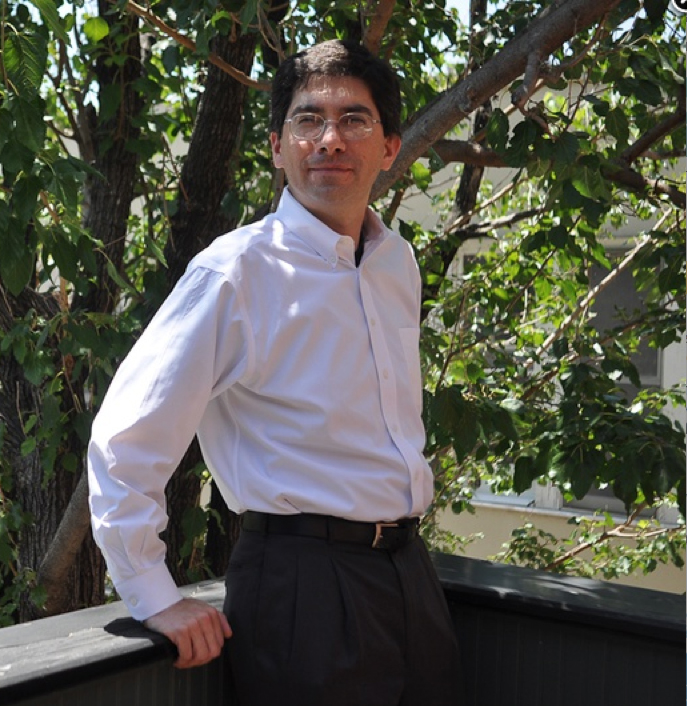 Maybe the EPA knew their former Region 6 Administrator Al Armendariz would be doing a one-on-one interview with the New-York Times-connected Texas Tribune as part of its annual festival on Saturday, or maybe it's just coincidence that the Agency named Armendariz's replacement very late Friday evening.

Whatever behind-the-scenes coordination did or did not take place, the appointment of New Mexico's Ron Curry as the new Region 6 chief gave Armendariz a slightly more removed historical perspective, and maybe willingness to talk, than he might have had otherwise.

Here's a live blogging of the interview that the Tribune's Evan Grant did with Armendariz from the Tribune festival itself in the middle of a forum on energy and the environment (11 am to 12 noon). Elizabeth Souder's recap for the Dallas Morning News is behind the paper's paywall, but here's a peak:

Armendariz, who resigned as Region 6 administrator earlier this year and now works on an anti-coal campaign with the Sierra Club, said the agency will just re-write and re-apply the cross-state air pollution rule on coal plant emissions and its rejection of Texas’ flexible air permit rules. Some conservative Texas politicians regarded court decisions knocking down those rules as major victories.

“They point out to me the importance of getting the President to appoint justices on the federal judiciary that will follow the law,” Armendariz said at a conference held by the Texas Tribune.

“I’m confident those actions, as written, were written completely in compliance with the law, and when those rules are revised that the agency is going to win any future litigation,” he said.

Armendariz defended his former employer and praised his successor at the Saturday appearance. He said the EPA and the White House have been working to implement the Clean Air Act and Clean Water Act, laws passed by Congress decades ago but never fully applied.

He criticized Texas environmental regulators who enable polluters, and called on energy regulators and lawmakers to create a plan to meet the state’s electricity needs with renewables.

Armendariz resigned in April after criticism over his comments in a video. In the video, he makes an analogy about his philosophy of enforcement. He said: “It was kind of like how the Romans used to conquer little villages in the Mediterranean. They’d go into a little Turkish town somewhere, they’d find the first five guys they saw and they’d crucify them. And then, you know, that town was really easy to manage for the next few years.

Arendariz on Saturday said he had apologized because his analogy offended people, which wasn’t his intent. But he didn’t back off the idea of deterring illegal polluting by punishing lawbreakers.

“I do stand behind the concept of my comments,” he said. “When you find someone who is violating the law, you do, within the boundaries of the law, vigorously prosecute.”

He said doing so ensures that illegal polluters don’t gain an unfair advantage over companies following the rules.

Texas Tribune chief executive Evan Smith said some people regarded the video as confirmation that Armendariz had it in for the energy industry.

Armendariz said such criticism was unfair, since in the video, he says his enforcement philosophy is for companies breaking the law.

Nor did he act alone by going after polluters. He said EPA administrator Lisa Jackson and her Washington staff had been “very involved with what we were doing in Texas.”

But he said leadership at the Texas Commission on Environmental Quality, the state regulatory arm of the EPA, is lax.

“There are some fantastic staff at TCEQ, and I think they’ve got poor leadership. I think the Governor’s appointees at that commission are preventing the staff from doing its job,” he said.

And he praised his successor at the EPA, Ron Curry, the first non-Texan to lead the region that covers Texas, New Mexico, Oklahoma, Arkansas and Louisiana. The president announced the appointment last week.

“Ron is pragmatic, he’s very smart. He understands the need for conservation and the need for economic development,” Armendariz said.

Now, Armendariz leads the Sierra Club’s anti-coal campaign, which aims to keep coal in the ground. He said so-called clean coal plants, which pollute less than traditional coal plants and capture greenhouse gases, are too expensive to justify coal mining.

“Clean coal I think is technically feasible, but I think it’s completely unnecessary,” he said.

He conceded the country will continue to use coal for the next decade. But he said coal isn’t necessary to keep the lights on.

The Electric Reliability Council of Texas has said the state is in danger of outages in the next few years because power plant developers haven’t build enough new generation to keep up with growing demand. The prospect of shutting down coal plants because of stiffer environmental regulations has left some regulators nervous about blackouts.

Armendariz said the reliability problem is due to a “complete lack of leadership and forethought.” He called on regulators and lawmakers to solve the problem with long-term planning and a vision centered on renewables, such as wind and solar.

That’s the word according to at least one EPA Region 6 employee. No reports yet on what kind of pep talk she gave the staff after just witnessing the four-day public lynching of their former boss, but one wonders whether she might be handicapped by her tepid response. Despite internal assertions that she wanted Dr. Armendariz to stay, her public remarks were less than supportive. She’s no stranger to disappointments from this Administration – she was mugged by the OMB over the new ozone standard – but so soon after the events in question, it’s hard to tell whether, or how much, she contributed to this heartbreaker, and also hard to have any confidence in this administration’s ability to stand up for itself. Strange for a White House that’s boasting what guts it took to pull the trigger on Osama, to be so cowed, so fast, by a bunch of old guys without a clue.

We learned this morning  that Dr. Al Armendariz has resigned as EPA Region 6 Administrator. He made the decision himself, because he believed it was best for the causes that he continues to serve. Reportedly, EPA Administrator Jackson wanted to keep fighting, but Dr. Al said no, he didn’t want an investigation by the likes of Smokey Joe Barton and Company taking up the Agency’s time and resources and involving so many people in and outside of the agency. The resignation is effective immediately today. Sam Coleman, head of the Region 6 Superfund program, and former head of Enforcement for Region 6 becomes Acting Regional Director, a position he’s likely to remain in until after the November election. Words cannot convey the very deep sorrow, or the immense anger this resignation generates. Sorrow that such a hard-working public servant will no longer be able to do the job he loved, and that we loved him doing. Anger that a handful of powerful polluters and their friends can so easily smear such a good person. Dr. Armendariz isn’t sure what he’s going to do now, but  will undoubtedly keep doing the work he was doing before he got to EPA.  As must we. If there’s any lesson we’ve learned over the last 20 years, it’s that you can’t let setbacks like this deter you. This is a hard one to take, but we have to pick ourselves up and adapt and keep going. This is the statement he released today to the Dallas Morning News……..”Dear Friends, I have been honored to serve as your regional administrator for EPA’s region 6 office the last 2 and ½ years. I never once forgot that the reason I was appointed was to serve you, to act as your voice, and to work day and night to better protect the environment and your safety.Today I am resigning my position as regional administrator. This was not something that was asked of me by Administrator Jackson or the White House. It is a decision I made myself. I had become too much of a distraction, and no one person is more important than the incredible work being done by the rest of the team at EPA. I leave with an incredible sense of pride for the things the Agency accomplished and it was fantastic to be a part of the effort. Administrator Jackson has overseen a renaissance in the Agency and it is again the global leader in environmental protection. President Obama has been incredibly supportive of me and my work and the Agency. He’ll undoubtedly go down as the most environmental president we have ever had. Thank you all for letting me into your homes and communities, and showing me the challenges you face every day from pollution and lack of infrastructure. Your stories are now part of my fabric and the fabric of the Agency. Best always, Al Armendariz.”

Posted in Uncategorized and tagged Armendariz, EPA
Leave a comment