It’s Friday. That means it’s the last day of our
COVID-connected fundraising campaign

Thank you to everyone who’d contributed and helped us spread the word during this week’s fundraising onslaught. It’s been a tremendous success. We’ll be able to announce the final numbers next week, but we’re very grateful.

This is the first time we’ve combined a Giving Day with four more days of pitching ourselves as a good investment. We tried to educate while we begged but we know you’ve seen a lot of emails from us this week. Together, those emails do a good job of describing our current agenda.

If you haven’t already contributed, we’re using today to give you one more reason to give, but it’s not officially part of our program work – it’s a consequence of it.

It’s not too late to help us help more people. All money stays in DFW.
If you’ve read even one of the other emails this week you know we’ve got ambitious plans.  Support them if you can. Thanks. 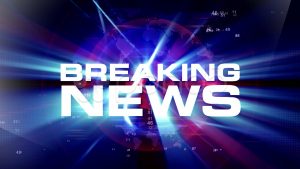 That’s why the original research and reporting we do is so important.

Our website, Facebook, and Twitter pages offer the most comprehensive list of studies and news articles on air pollution and the contemporary environmental movement of any entity in DFW.  Whether you want to see the latest research or read about green politics, we offer news that nobody else will bring you –  every single day.

But we also make our own news.

We do our own research, submit our own Open Records Act requests, and make our own calls to our “sources.” We tell the stories behind the press releases that no other outlet does.

That’s how we brought you the story of the mysterious North Texas catastrophic air pollution event that sent monitors numbers soaring but had no official explanation. That’s how we reconstructed the Sunshine junk yard fire in West Dallas to prove their was no air monitoring by the Dallas Fire Department despite official reassurances to the contrary.
It’s how you know Dallas City Hall is sitting on 12 brand new air monitors it doesn’t want to use in its own neighborhoods. It’s why you know an Asphalt batch plant in urban Joppa is operating with a permit and air modeling based in rural West Texas.  It’s how we compile our annual smog reports.

And if you wanted to follow the Dallas Climate Planning process, we offered an unprecedented six articles detailing its background and politics over a year. We devoted more research, words, and space to giving you a unvarnished look at it than the Dallas Morning News, The Dallas Observer and D Magazine combined.

We’ve become our own news organization because we’ve had to. Otherwise, you’d never know about what was really going on.The sometime “environmental reporter” for the Morning News is also the weather reporter, and also a general assignments reporter. He has no experience covering environmental issues, and more often than not ends up copying and pasting news releases.

Other mainstream media outlets are equally uninterested or unable to have someone with experience report on local environmental news.

And polluters and governments love it when nobody is asking pesky questions or challenging the official statements.

That leaves it up to the people and groups in the field doing the work to report on it as well.

To make the best decisions about environmental health, you need the best information. You need to know what solutions have worked and which ones haven’t. You need to know the research that proves or disproves connections between pollution and a specific illness. You need to separate the BS claims from the reality on the ground.If we all just rely on official sources of information about air pollution and environmental justice, we’ll never see the real stories. Truth is the citizen’s friend, whether fighting a permit or a pandemic.

We publish fresh news on our Facebook page and Twitter account every day. We publish deeper dives on our website and in these email alerts. We keep you informed of the latest developments on the local environmental movement in a way no other group or media outlet does.

Our reporting isn’t program work that we apply for grants to fund. It happens as a result of us pursuing the truth as we perform our program work. It’s the only way we have of explaining to you how hard change is sometimes, or what it really means when we win.