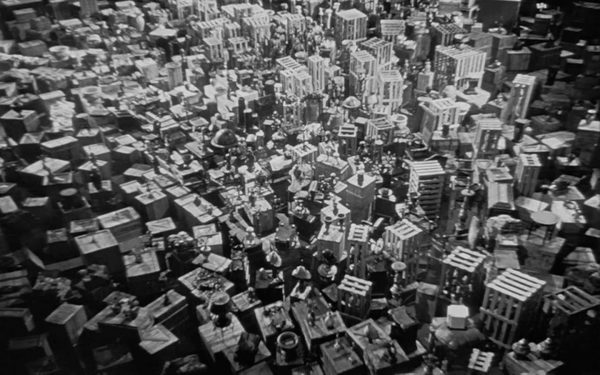 Last month we requested the City of Dallas’ Office of Environmental Quality files concerning air quality monitoring going back a few years. We wanted to know more about how City staff chose the Texas Nature Conservancy’s “Breathe Easy” study as its first air monitoring project through a process of…well, there wasn’t exactly a process was there?

Here’s some highlights from the materials we reviewed so far:

Despite criticism, OEQ Staff is recommending using the same air monitors for its own study that Downwinders used in Joppa.

OEQ staffers have criticized Downwinders’ portable monitoring in Joppa…despite the lack of any city monitoring up to that point in the neighborhood. Something about the lack of reliable data. But lo and behold, OEQ staffers seems to have recommended not only the same company (New Zealand-based Aeroqual) to the Nature Conservancy for its stationary monitors, but also exactly the same portable air monitors. We told you they were good.

Any local university scientist who’s worked with Downwinders is blackballed.

Dr. Kuruvilla John, Professor and Chair Department of Mechanical and Energy Engineering at the University of North Texas was “…biased because funded by Downwinders” according to one meeting summary and blackballed by OEQ staff as a City technical advisor for the Breathe Easy project. Dr. John’s sole sin was to get paid as a contractor in 2015 by Downwinders to perform a single study using the state’s own computer model for DFW smog. Before ruling him out, no one on OEQ staff mentioned that Dr. John’s modeling and study was endorsed by a unanimous Dallas city council vote recommending the EPA take more proactive measures to reduce smog pollution.

One wonders if his collaboration with Downwinders and other citizens groups in the DFW Air Research Consortium have made UTD’s Dr. David Lary similarly verboten to OEQ staff.

To date, the partnership between the City and the Texas Nature Conservancy has raised almost $300,000 in grant money for a study involving nine schools. But that total pales in comparison to the in-kind contributions the city is making to the effort over both its developmental period and it two-year run. For example…

The Study Concept Originated with Staff: “As it is, it’s my concept and now I have to hand it off to other people to implement and manage,” complains one longtime staffer.
Technical Assistance: City staff is responsible for most of the technical assistance the TNC’s “Breath Easy” study has received up to his point. As a TNC staff person said, “This research (on monitors) was compiled by…the Dallas OEQ.”
Data Services: Data Services is estimated in one memo to cost $1million over a two-year period.
Continuing Project Support: There’s “consulting with staff regularly” on research goals and design throughout the project.

Combine all the staff time over 3-4 years with data services costs and you could well have a multi-million dollar donation from the City of Dallas to the Texas Nature Conservancy, courtesy of your tax dollars.

OEQ staff likes the idea of a new air monitoring network…in other cities.

As one OEQ staffer put it: “We’re looking at air monitoring programs in states and cities. In Minneapolis/St. Paul the state agency is installing low cost (and low resolution) monitors in every zip code. In L.A. they are installing 100 monitors citywide. Baltimore, Chicago and Lafayette all have enhanced monitoring programs. Here the TCEQ has zero interest in any of these projects. The EPA staff are very interested, but cannot offer any financial support.”

A OEQ staffer sought a job with the Conservancy even as the Breathe Easy project was taking shape.

“We are teaming up with the Nature Conservancy and their new Urban Conservation Director ( a position I interviewed for in early 2017….)”

As you piece together the email chains and date memos, it’s clear that if it weren’t for the considerable support from the City of Dallas, the Nature Conservancy’s Breathe Easy air monitoring project would…need a lot more grant money.

Why has OEQ staff committed so much time and money to a two-year study of nine schools while dismissing the lesser expense and effort of joining a regional network of air monitors many times that size?  A real time air quality network modeled on the very kind OEQ staff seem to admire from afar in other cities? That’s an answer that we haven’t found in the files yet.

But it’s something to keep in mind for the re-scheduled September 24th Quality of Life Committee meeting where presentations about both the TNC/City’s private study and the DFW Air Research Consortium public network will be featured.