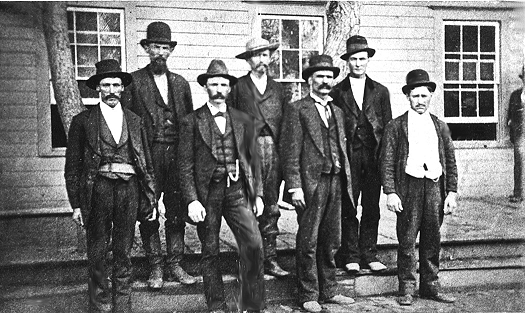 (Arlington) Critics of a new plan to clean the air in Dallas-Ft. Worth are using a public hearing on Thursday evening to accuse the state of Texas of breaking the law by not requiring the implementation of pollution control technologies already in widespread use to help lower smog levels in North Texas.

“We’re asking residents to come out and get sworn into a citizens posse to help us make the state follow the Clean Air Act,” said Jim Schermbeck, Director of the local clean air group Downwinders at risk, one of the leading opponents of he new plan. “Austin is going to ridiculous, Monty Python-like lengths to avoid new controls on the Midlothian cement plants, East Texas coal plants, and local gas facilities in this new plan – even though those controls are now commonplace in each industry.”

Thursday’s public hearing centers on a new plan to comply with the federal ozone standard of 75 parts per billion (ppb) by 2018. DFW has never achieved such a low level of smog, and only this last year dipped below the 1997 standard of 85 ppb for the first time with the help of cooler, wetter summer.

EPA says a state plan like the one the Texas Commission on Environmental Quality is proposing for DFW must include “all Reasonable Available Control Technologies,” and “all Reasonable Available Control Measures” to get lower smog levels as “expeditiously as possible.”  EPA defines these as technologies as ones that are “technically and economically feasible.” But according to Schermbeck, the state of Texas is deliberately ruling out local use of pollution controls already adopted by industry that could speed cleaner air.

He cited three examples. Selective Catalytic Reduction, or SCR acts much like the catalyst on cars, only on a much larger scale for industrial plants. It’s already in use on at least half a dozen European cement plants where it’s reduced smog-forming pollution by up to 90%, and on many coal-fired power plants across the world and in the US, where it achieves the same results.  Yet the TCEQ DFW air plan doesn’t require SCR on the largest single sources of smog pollution in the region, the Midlothian cement plants, or the East Texas coal plants that are known to impact DFW air quality, saying the technology isn’t “feasible.” TCEQ maintains this stance even though the Holcim cement plant in Midlothian has announced plans to include an SCR unit on one of its own kilns.

“Here’s a pollution control technology already in operation and achieving great results, with a cement plant in North Texas already adopting it, but the state’s position is that it isn’t ‘feasible’. It’d be comical if it wasn’t delaying cleaner air for over 6 million people that haven’t had it in decades.”

Besides ignoring SCR on cement and coal plants, Schermbeck said the TCEQ has also ruled-out electrification of large gas compressors as “infeasible” – despite the widespread use of electric compressors In the Barnett Shale already and the requirement of municipalities like Dallas and Southlake to allow nothing but electric compressors within their city limits. According to a 2012 study by the Houston Advance Research Consortium, compressors could increase downwind ozone levels as much as 3 to 10 parts per billion. There are at least 647 large compressors in the DFW “non-attainment area” covered by the TCEQ air plan.

“Requiring just these three technologies that are already on the market and being used in their respective industries could reduce air pollution by thousands of tons a year and help us achieve compliance with the new federal ozone standard much quicker,“ said Schermbeck. He said they all pass the test of being feasible according to EPA definitions. “By law, they should be required.”

Instead, the state is relying exclusively on a new federal gasoline mix being introduced in 2017 to achieve the required 75 ppb standard by 2018.  Although it’s expected to help lower ozone levels across the country, it won’t get DFW down to the level of 75 ppb alone. To make the plan work on paper, the state has had to estimate oil and gas pollution downward in a way Schermbeck and others claim is unrealistic.

“Basically, the state’s approach is to do absolutely nothing for the next three years and hope the federal gasoline change brings it “close enough” to the lower standard. But hope is not a plan.”

Schermbeck said his group would be passing out badges to members of their clean air posse and recruiting residents to persuade the EPA to reject the state’s proposal. The federal agency has the final say.  But there’s also always court – where many clean air rules for the state of Texas have been decided over the last 20 years. “If government won’t enforce the law, we may have to do it ourselves.”