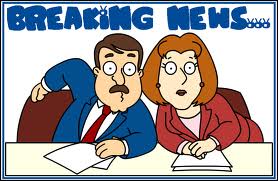 There was a great deal of official news fluttering last Thursday when the EPA and Department of Justice announced a national settlement with Kansas-City based Ash Grove Cement that confirmed the company's Midlothian plant, site of The Last Wet Kilns in Texas™, would shut down and covert to one large dry process kiln by September of next year. Both dailies reported like it was 1999, with front page headlines and lots of column inches (ask your parents).

But the newsworthy part of last week's developments was not that Ash Grove was converting its wet kilns to a dry kiln. In February of last year, Downwinders at Risk reported that the company was seeking a permit from the Texas Commission on Environmental Quality to do just that. The Star-Telegram, bless their hearts, even wrote a story about it. Ash Grove's planned conversion was so widely-known that it was the subject of Midlothian Rotary Club meeting speeches this last Spring. So, you know, not news.

It wasn't news because those new national EPA air pollution rules for cement plants that we all drove out to DFW Airport in 2009 to testify in favor of and then to Arlington last year to defend, were expected to put the final nail in the coffin of Ash Grove's wet kilns by the time they took effect in September 2013.  TCEQ granted the company a lame one-year extension to the 2013 deadline, but by September 2014, it was pretty clear that Ash Grove's Midlothian wet kilns would have to be converted or replaced to meet those new EPA standards coming down the pike. That's why last year's permit application for the conversion wasn't a surprise, but a confirmation.

And then the Obama Administration decided to stop the standards from coming down the pike. Just as those rules and that 2013 deadline was about to be signed into law, the President changed his mind and put them on hold. His EPA weakened the air pollution standards as proposed and delayed the deadline until 2015 or later – against overwhelming public opposition. All of a sudden, that 2014 deadline for an Ash Grove conversion looked to be in trouble. Would The Last Wet kilns in Texas™ just keep chugging along?

But what do you know? As part of that national settlement announced last Thursday, Ash Grove committed to the government to make the conversion and run the new dry kiln starting in….September 2014, or the original date of dry kiln conversion before the Obama u-turn on the new rules. What a coincidence!

So what was REALLY newsworthy about last week's announcement was that the national EPA managed not to screw-up a very good thing that its now-abandoned tougher rules were already putting in motion on the ground in Midlothian. Lucky us, huh?

The luck had some help from Downwinders. We knew the EPA was looking at Ash Grove for the kind of national enforcement settlement it had cut with LaFarge and other cement companies as part of its multi-year spotlight on the industry. We knew that the former Regional Counsel for the EPA office in Dallas, Larry Starfield, who spent decades dealing with all three Midlothian cement plants, was now in DC as EPA Deputy Enforcement Director, and probably in line to sign-off on any agreement. And we knew the original 2014 deadline for Ash Grove's conversion was in trouble with the Administration's reversal on the new air pollution standards.

We made inquiries, We made pitches. If Ash Grove were the subject of such a national enforcement effort, would it be possible for EPA to please consider requiring Ash Grove's Midlothian plant to firmly commit to its 2014 conversion deadline as part of any settlement? Turns out, it was possible.

How likely would it have been without our intervention? Best not to ask. But if you think, as we do, that our showing-up and making the case  made a difference in securing progress that was in danger of being further delayed, here's the tip jar.

So yea for our side, although the victory seems a little less satisfying than what it should be when you know it's simply maintaining the status quo. Still, it's better than another couple of years of pollution from the area's dirtiest smokestacks.

$2.5 million in fines plays well in headlines until you realize how small it is compared to company's annual profits (almost $900 million n 2010).  Beside the fines, nine Ash Grove plants will have to better control their smog-causing Nitrogen Oxide, Particulate Matter and Sulfur Dioxide pollution better, including the installation of Selective Non-Catalytic Reduction, or SNCR technology. The Midlothian plant was already scheduled to have this included in its conversion in order to meet those now-abandoned new air pollution standards. There's also a strong possibility that Ash Grove's other wet kilns will follow Midlothian's lead and also be converted to dry kiln technology.

Unfortunately, EPA didn't require any new testing of Selective Catalytic Reduction Technology, as it had in previously announced cement company settlements. SCR is twice as effective at cutting cement plant pollution as SNCR and has been used on kilns in Europe for over a decade. It's state of the art. But it's still not required in the US, although the results from two EPA-mandated pilot tests on kilns in the Midwest are due this year. One good thing about Ash Grove's conversion is that the plants can no longer use their continued operation of obsolete wet kilns as an excuse not to install modern equipment like SCR as it has in the past – although we know they'll find a new excuse now.

Here's the consent decree if you want to read all the details of the settlement. And here's the original complaint, which chronicles the alleged misdeeds of the company, plant by plant, including the sins of the Midlothian facility. A lot of the legal case depends on parts of the Clean Air Act that says any "major modification" to a plant must not increase pollution. Ash Grove ignored this law. Repeatedly. Over the last 20 years. According to the complaint, the violations in Midlothian originally occurred in 1995. That's right, it's taken almost 20 years for EPA to enforce a basic Clean Air Act violation.

Downwinders has always argued that tire-burning increases emissions, not decreases them as the industry maintains. We were saying this in 1995 as these illegal changes were taking place and Ash Grove officials were saying what a great air pollution control strategy it was to burn whole tires.

The implications of these kind of very common violations hang heavy over the current industry transition to new and more exotic industrial wastes being burned in kilns, some of which make tires look like Grade-A fuel oil. Plastics, shingles, car parts. All of the Midlothian cement plant are now burning things that they shouldn't be with no more assurance they aren't breaking the law than there was in 1995 when they were changing fuels then. But don't worry, EPA's on the case and you can expect any such violations to be prosecuted in….2033.