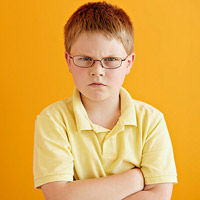 Dallas Resident Liz Alexander showed up at the Council of Governments meeting room on Tuesday to lend her support to the effort to get more out of an anemic state ant-smog plan than the state wants to give. She was a warm body whose presence would be its own statement of concern. She was being a good trooper by just showing up.

At first she sat far from the action amidst the rows of seats for bystanders and, despite encouragement, was resigned to just listening, because as she explained, "she didn't know enough to ask questions."

Then someone urged her to move up to the rectangle of tables where the presenters stand and deliver, where there are microphones to raise the volume of concerns and questions that might be posed by mind-numbing reassurances that everything is going hunky-dory. As more of these air quality meetings have occurred, citizens have been less and less shy about taking up these front row seats that look more official than the rest; look like they should be reserved for guys in suits. Increasingly they're occupied by people in street clothes.

And then, after much information had been paraded in front of Liz, she did something she did not think she was qualified to do only about 90 minutes earlier. She asked a question. It was about what assumptions had been included in the information about unspent air pollution clean-up dollars that are piling up in Austin. She got an answer from a local COG staff person in real time that satisfied her. In the space of one meeting she moved from spectator to participant.

And she wasn't the only one. More than any other meeting so far, this one involved more citizens asking more questions about more subjects – and it revealed just how thin the state's rationale is for doing nothing.

As predicted, it was a day for the Texas Commission on Environmental Quality to explain why its new DFW anti-smog plan was really going to work this time – unlike the five previous failures – and why it wasn't going to be considering any new controls on the Midlothian cement plants or on gas compressors – a refutation of the case Downwinders at Risk had made in its June 16th presentation.

But here's what really happened: For the first time in these proceedings the state admitted that oil and gas emissions have a big influence on regional air quality. And when a former County Judge asked an TCEQ's Air Quality Manager specifically why anti-smog controls already being used on cement kilns in Europe were not being considered for the Midlothian kilns, the staffer couldn't say, offering up only the longest, most pregnant pause by any state staffer in the history of these meetings.

After being heavily criticized for months for leaving at least four monitors above the 75 ppb federal smog standard even after its plan had ended in 2018, the state came back to this meeting saying they only had three sites above 75 ppb now, and by margins that didn't exceed the standard by more than 1 part per billion. Between June and August, there had been a remarkable drop in future estimated smog levels at the area's monitoring sties in the state's computer modeling – particularly at the historically most stubborn monitoring sites in Denton and Northwest Tarrant County.

What had caused this drop? A relatively modest decrease in Nitrogen Oxide pollution of around seven tons a day and a decrease in Volatile Organic Compounds of about 15 tons per day. That's not a lot of pollution to produce such a large decrease in monitor readings in the computer model.

A more important question is: where did the decreases in air pollution come from that could produce such dramatic results in the modeling? The answer: primarily from oil and gas industry sources. Based on TCEQ's own formula relying on the declining number of new wells being drilled in the Barnett Shale.

For the moment forget the methodological qualms you might have about that declining well assumption. Instead, appreciate the fact that the same state agency that couldn't bring itself to ever say the Barnett Shale was producing air pollution holding DFW back from meeting Clean Air Act smog standards now says that it's decreases in that very kind of pollution that are having such a substantial effect on the monitors in the western part of the Metromess that have been the most resistant to other control strategies. TCEQ has just proven a causal link its been denying for over seven years now.

It can't be just a one-way street. If declining oil and gas air pollution equals better air quality in the TCEQ's computer model, so increases in oil and gas pollution must lead to worse air quality.

There are all kinds of reasons to doubt that the drop in total oil and gas air pollution will happen at all or drop as fast or as sharply as the TCEQ predicts. Afterall, they're 0 for 5 in such matters. They may be underestimating the amount of total air pollution from all gas and oil sources and so the drop will not be as sharp. They may be underestimating the impact of lots of new lift compressors that will be showing up to squeeze the last bits of gas from older wells even as new wells are not drilled as often. But as of Tuesday the link has been made by TCEQ itself that such a drop results in big decreases in smog levels in Denton and Northwest Tarrant County. That's something that citizens can use to argue as proof of the impact of oil and gas facilities on local air quality.

Of course, it only took the span of about 30 minutes for the TCEQ to internally contradict itself about those results.

According to TCEQ computer modelers, natural gas Compressor Stations large enough to be considered "point sources" just like cement kilns or power plants will be responsible for over 17 tons of Nitrogen Oxides, and 26 tons of VOCs a day in 2018 – well over the amount of oil and gas pollution decreases that resulted in those lower monitoring numbers in Denton and NW Tarrant County. But according to the TCEQ staff responsible for suggesting new controls in the new smog plan, those numbers are not large enough to have an impact on improving DFW air quality or warranting a policy of electrification for those compressors that could reduce their air pollution to a fraction of those volumes.

So while 7 tons of NOx reduction from Oil and Gas sources is large enough to bring some of the most stubborn monitors down a whole part per billion, reducing air pollution from Oil and Gas sources by another 17 tons of NOx reduction would have no effect on DFW air quality at all and it's just not worth it to make them electrify compressors. Honest, that was the logic in play on Monday, and it didn't hold up very well under questions from people like Liz Alexander.

And that was all before you got to why the Midlothian cement kilns could not, no way, no how, possibly, under any circumstance, be required to install Selective Catalytic Reduction controls, just like their European counterparts have done over the last 15 years.

Turns out, it's just because.

Oh, the TCEQ staffer cited four criteria for any new control measure to meet before it could be considered. Let's see, there was "technological feasibility." Since there are at least seven full-scale SCR units up and running in Europe, that couldn't be a problem. It's accepted technology by some of the same companies operating kilns in the US – including LaFarge-Holcim.

There was "economic feasibility." And since there are all those SCR examples already in the European market and no company has gone bankrupt running them, that's also off the table. Plus the fact that the TCEQ's own 2005 study of SCR concluded it was "available technology" then that would only cost $1000 to $3,000 per ton of NOx removed – versus the up to $15,000 per ton of NOx removed ratio allowed in the state's own official diesel engine replacement program. Coming in at one-fifth the cost of what the state already said was economically feasible, it certainly ruled out that one.

There was the third criterion – that controls couldn't cause ‘‘substantial widespread and long-term adverse impacts.’’ The state said that wasn't the reason they couldn't be considered either, although the TCEQ staffers seemed to hedge a bit here, seemingly wanting to say that, really, they didn't want to cause themselves adverse impact by admitting that they had been wrong for over a decade about this stuff.

The proposed control cannot be ‘‘absurd, unenforceable, or impracticable.’’ Clearly, if the Europeans are doing it on their kilns, it's none of those either. It's quantifiable, and up and running in power plants, cement kilns and incinerators.

And it has to speed the attainment deadline by a year. No problem. SCR could do that if it was installed in a timely fashion.

No, really, that was the response. She couldn't say. It was that embarrassing. Because the rejection of SCR by TCEQ isn't based on any of those criteria. It's based on a political decision that's been made that no new pollution controls will be sought on the kilns or any other major industrial polluter as long as Rick Perry is running for President. Or "just because."

How ridiculous is this? At this point the TCEQ is taking an even more regressive view of SCR controls than the cement industry itself. In June, Holcim Cement's Midlothian plant requested a permit from the state that would allow it to build either a Thermal Oxidizer or an SCR until for the control of VOC pollution. Being the free market fanatics the Perry Administration claims to be, doesn't the fact that one of the Midlothian cement plants is asking for a permit that includes the possibility of installing SCR mean it's automatically technologically and economically feasible? The market is never wrong, right? Are the folks at Holcim so enamored of kinky, off-the-wall green technology that they'll just include it in a permit for laughs? These guys are Swiss engineers. They have no sense of humor.

Denial of SCR as a viable control measure that could reduce smog pollution is making the TCEQ contort into sillier and sillier positions. It's making them deny the conclusions of their own almost-decade old report that said it was available to put in a kiln in 2005. It's making them deny the fact that SCR is up and running at over half a dozen kilns in Europe. It's forcing them to once again use the "Midlothian limestone is magically special" defense that has been used to forestall any progress in pollution control there over the last 25 years. The arguments used against SCR are exactly the same as were used against the adoption of less effective SNCR technology before it was mandated. In case you hadn't noticed, they're still making cement in Midlothian despite the burden of having to nominally control their air pollution.

The state wants to power through this anti-smog plan just like they did the last one in 2011. They don't want to have to make industry do anything. But at this point the denial of SCR as a control measure to be included in the next DFW anti-smog plan is so absurd, as is the justification for electrification of gas compressors, that it might be fodder in the next citizens lawsuit over a DFW anti-smog plan, which usually follows these things like mushrooms after a rainstorm.

Want to get involved in this fight and make it more difficult for the state to get away with doing nothing at all about DFW smog – again? Please consider attending our next DFW Clean Air Network meeting – THIS SUNDAY, AUGUST 17th, from 3:30 pm to 5:30 pm at the offices of the Texas Campaign for the Environment across from Lee Park in Dallas, 3303 Lee Pkwy, Suite #402 (214) 599-7840. Citizens are the only force that can make this plan better. Be there, or breathe bad air.