Via the Fort Worth Star-Telegram, it seems the city finally wised up and decided it was not a good match to have the most high-profile promoter of urban gas drilling in Cowtown be the spokesperson for a new "healthy lifestyle" initiative.

Last Friday, Healthways announced that former Chesapeake top executive and all-around shill for everything-is wonderful-about drilling, Julie Wilson, had resigned her post as VP for the Fort Worth Blue Zones Project that seeks to promote a dialog about healthier choices for residents. Unfortunately it arrives about eight years too late to initiate a discussion about the wisdom of putting large toxic air polluters next to homes, schools, and parks.

Wilson's appointment to the Zones Project had raised eyebrows and objections even among a mostly quiescent Fort Worth population that had been among the first victims of the fracking boom in the late "Oughts." As in, we ought to have thought about this some more. Blue Zones got sizable blowback over her hiring, and it followed them wherever they showed up for one of their many community meetings, making for uncomfortable distractions to their more mainstream agenda concerning people's smoking, eating and exercise habits.

Wilson's resignation is one more sign of how far Chesapeake's star has fallen in Fort Worth. It's former corporate headquarters on the banks of the Trinity is now owned by Pier 1. Most of its Barnett Shale holdings have been auctioned off for needed cash. Aubrey McClendon, its founder and CEO had to resign last year after a stock scandal. The city and other entities are suing the company for royalties they think they were cheated.

But like the high-watermark from the 1949 flood that lasted for decades on the old Montgomery Wards' warehouse on 7th street, the pollution from its former facilities and stains on Ft. Worth's civic infrastructure from Chesapeake's invasion remain to remind everyone just how badly Fort Worth was rolled by the company. 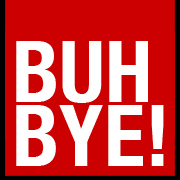