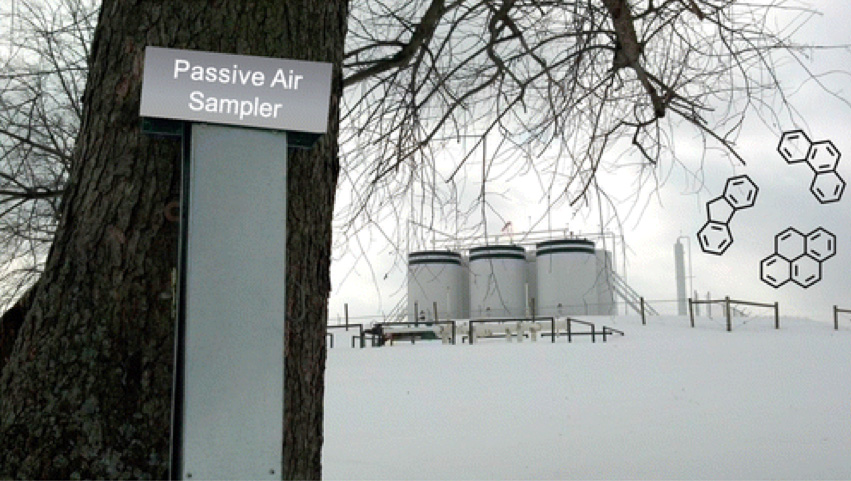 People living or working near active natural gas wells may be exposed to toxic air pollution at higher levels than the Environmental Protection Agency considers safe for lifetime exposure. That's the conclusion of a new study performed by scientists from Oregon State University and the University of Cincinnati, published in the March 26th edition of the journal Environmental Science and Technology.

Sampling at various sites adjacent or downwind of fracking wells in Carroll County, Ohio over a three-week period last February revolved around 62 Polycyclic Aromatic Hydrocarbons (PAHs), a category of combustion-produced pollutants already linked too everything from childhood obesity to breast cancer, to lower IQ. Carroll County sits on top of the Utica formation, a gas rich shale deposit. The rural county is a hotspot of natural gas drilling and production, with more than one active well site per square mile.

“Air pollution from fracking operations may pose an under-recognized health hazard to people living near them,” said the study’s coauthor Kim Anderson, an environmental chemist with OSU’s College of Agricultural Sciences.

The study was initiated by citizens in the area who wanted to more about the health risks they were facing from fracking. They approached Anderson her peers and and the scientist designed the study to include citizen participation. They placed air samplers on the properties of 23 volunteers living or working at sites ranging from immediately next to a gas well to a little more than three miles away.

Anderson's samplers are aluminum T-shaped boxes containing specially treated polyethylene ribbons that absorb contaminants in a similar manner to biological cells. Volunteers were trained in proper handling of samplers and documenting of data.After the study period, the volunteers packaged the samplers in airtight bags, labeled them and mailed them back to Anderson’s lab at OSU.

Even the lowest levels – detected on sites more than a mile away from a well – were higher than previous researchers had found in downtown Chicago and near a Belgian oil refinery. They were about 10 times higher than in a rural Michigan area with no natural gas wells.

By looking at the ratios of individual PAHs detected by the samplers, Anderson and her team were able to discern whether they came directly from the earth – a “petrogenic” source – or from “pyrogenic” sources like the burning of fossil fuels. The proportion of petrogenic PAHs in the mix was highest nearer the wells and decreased with distance.

The team also accounted for the influences of wood smoke and vehicle exhaust, common sources of airborne pyrogenic PAHs. Wood smoke was consistent across the sampling area, supporting the conclusion that the gas wells were contributing to the higher PAH levels.

The researchers then used a standard calculation to determine the additional cancer risk posed by airborne contaminants over a range of scenarios. For the worst-case scenario (exposure 24 hours a day over 25 years), they found that a person anywhere in the study area would be exposed at a risk level exceeding the threshold of what the EPA deems acceptable.

The highest-risk areas were those nearest the wells, Anderson said. Areas more than a mile away posed about 30 percent less risk.

Estimated worst-case maximum residential exposure was 2.9 in 10 000, which is above the U.S. EPA’s acceptable risk level of one in a million. According to the study's abstract, "This work suggests that natural gas extraction may be contributing significantly to PAHs in air, at levels that are relevant to human health." 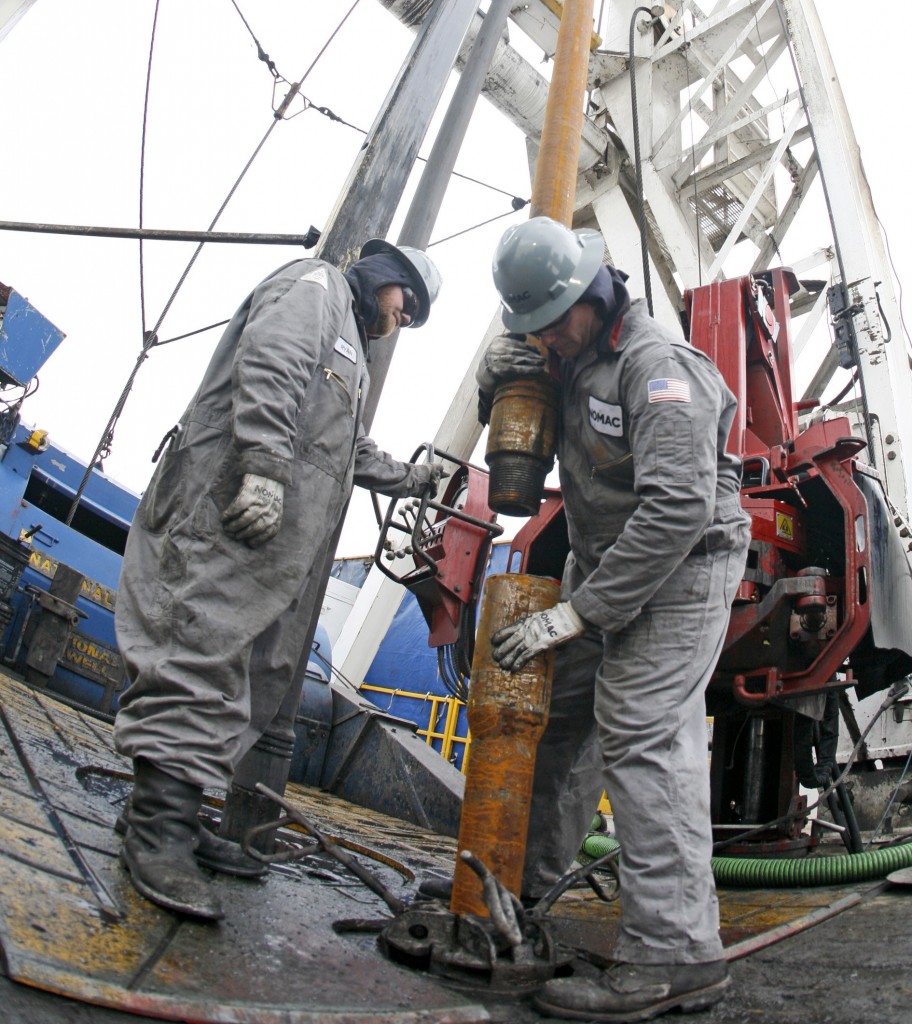 On Labor Day we wrote about the fact that workers employed by polluters are often as much at risk from exposure to the polluters' poisons as near-by homeowners. A new peer-reviewed study of six fracking sites in Colorado and Wyoming published by the National Institute of Occupational Heath and Safety (NIOSH) is fresh proof of this, showing 15 of 17 tests for Benzene exposure among workers who were monitoring on-site fracking well "flowback" exceeded the federal eight-hour exposure limit.

The study looked at drill site workers who use a gauge to measure the amount of "flowback" water that returns after a frack job is initiated. Flowback is the regurgitation of the fracking fluids from the well itself. It's collected on the surface after hydraulic fracturing is completed.

NIOSH found "airborne concentrations of hydrocarbons, in general, and benzene, specifically, varied considerably during flowback and can be unpredictable, indicating that a conservative approach to protecting workers from exposure is warranted. Hydrocarbon emissions during flowback operations also showed the potential to generate flammable and explosive concentrations depending on time and where measurements were made, and the volume of hydrocarbon emissions produced.”
These weren't just the results of real time air monitoring at the fracking sites. Urine samples of the workers were also taken, making the connection between exposure and absorption into the body.
Although he wasn't an author, Dr. Bernard Goldstein from the University of Pittsburgh School of Public Health says the study shows, "These workers are at higher risk for leukemia. The longer, the more frequently they do this, the more likely they are to get leukemia particularly if the levels are high.”
And some of the test results were indeed very high. Results show levels reaching 200 parts per million over a 15-minute period. The federal limit is 1 ppm. But reader, will it come as any great surprise that fracking is exempt from that federal standard? We didn't think so.
NIOSH says their results can't be used to draw any conclusions about exposures to nearby residents, but looking at the data Goldstein says it certainly suggests there's a danger. "Results from this worker study shows that there could be potential risks to residents as well."
Barnett Shale residents know this. In 2009, the much maligned, but TCEQ-approved "Ft. Worth Study" found downwind Benzene levels at one well at 150 ppm and 110 ppm at a compressor station.  But that was an exception. There's no real time monitoring of oil and gas facilities for Benzene or any other poison they might be emitting, so there's no way to tell what's being released or at what levels.  It's all based on estimates provided by the frackers themselves, and then approved by the government arm of industry in Texas – the Texas Commission on Environmental Quality.
According to Goldstein, “We’re not acting in a way to protect the public who are at high risk. And we can’t even tell you who is at high risk. Yet we’re rushing ahead in a situation where all of the data are telling us that there are risks.”
NIOSH representatives said studies with larger sample sizes should be done as a follow-up but none are scheduled at this point. They also listed a number of recommendations to take to reduce benzene levels on the job site, including changing tank gauging procedures, training workers, limiting exposure times, carrying gas monitors, using respiratory and hand protection, and monitoring exposure levels. But when you're exempt from the standard you're accused of violating, what's the incentive to comply with these measures?
And any way, that all depends on voluntary compliance and adherence in the field. As every downwinder knows, there's the way industry is supposed to operate, and the way it actually operates. Too often even when there's known dangers involved, time and money pressures, lack of education or training, or outright neglect and abuse override theory.  That's why it's necessary for citizens to do the job of monitoring and reporting themselves. Environmental protection is a do-it-yourself job – and that goes for workers as well as downwinders.
Posted in Air Quality, Fracking, Gas, Natural Gas, Uncategorized and tagged Air pollution from Fracking, Benzene, fracking, Leukemia from Fracking, NIOSH, Worker Exposure from Fracking
Leave a comment