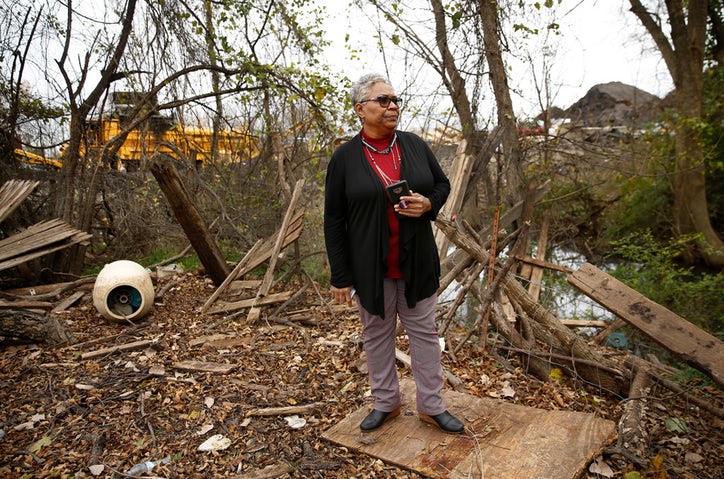 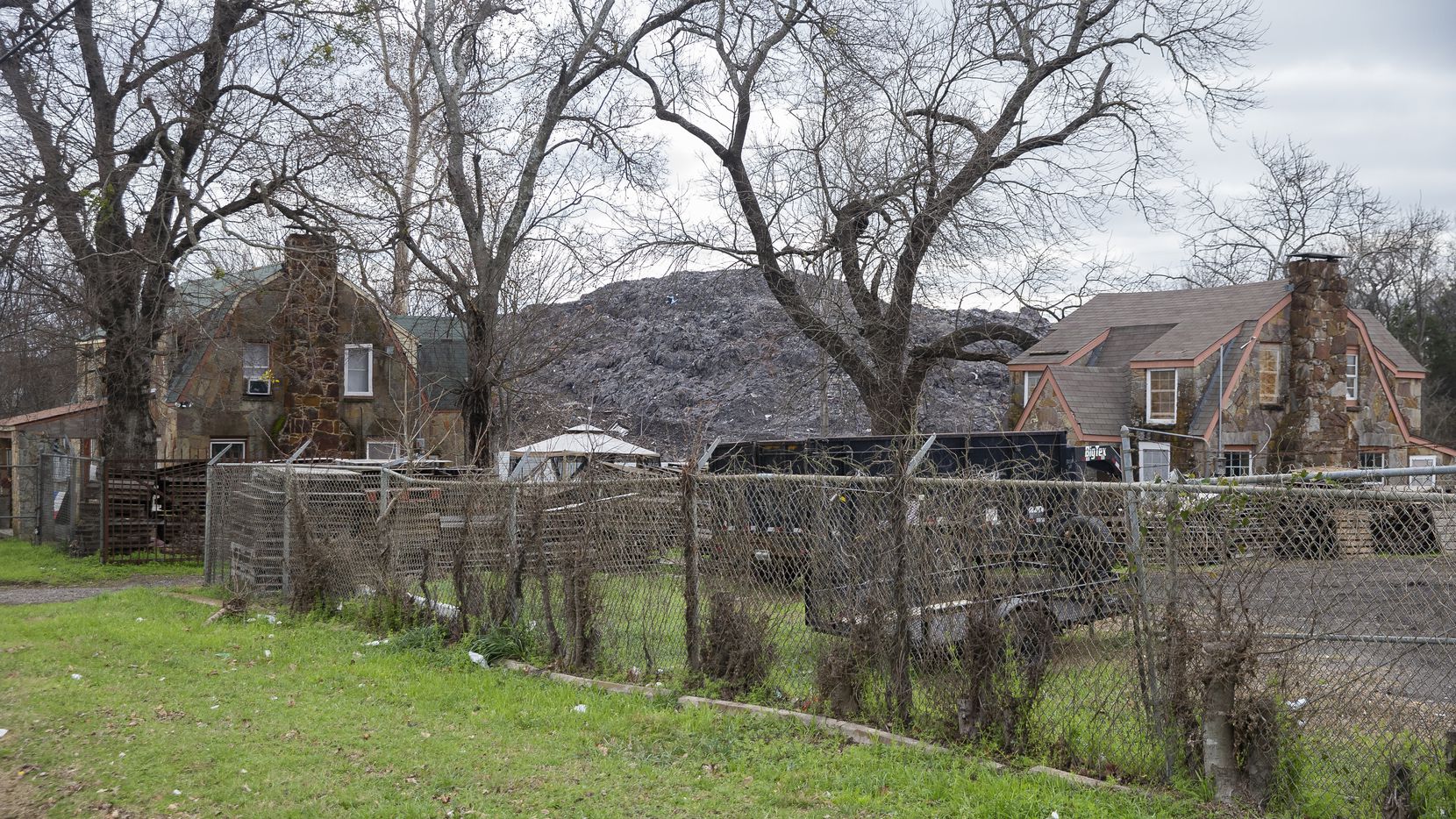 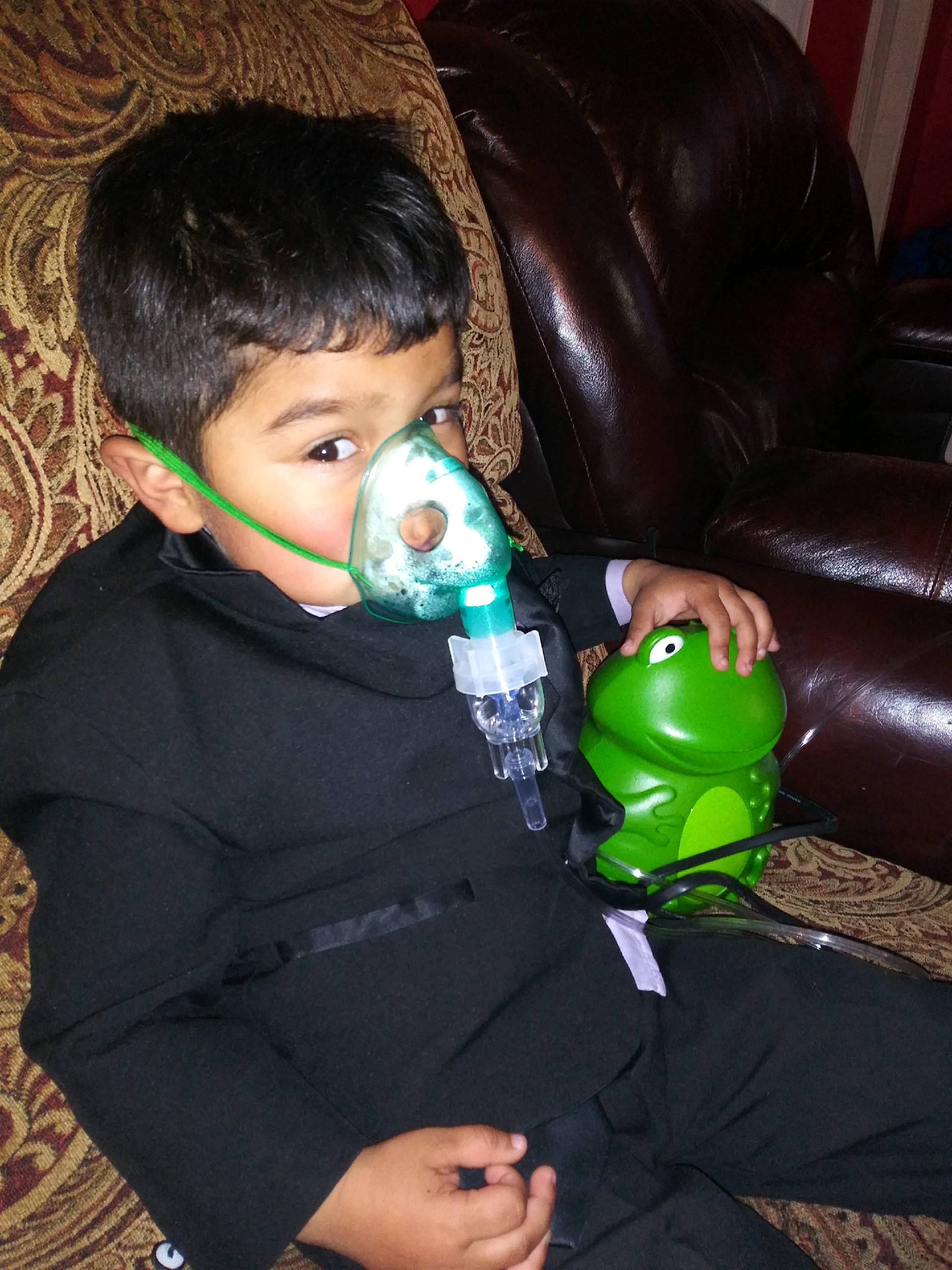 Choate Street families in Southern Dallas, including this child, and Ms. Marsha Jackson (pictured above) are still living under 100,000 plus tons of hazardous waste that was illegally dumped without their knowledge or consent.

It’s been almost three years since dumping began and two since the residents forced the dumping to stop, but the Mountain still remains, causing respiratory and neurological health problems for everyone on the street.

Shingle Mountain remains despite the City of Dallas having the legal authority and money to remove it. The City has had both for the entire three-year existence of the dump but has chosen to delay a clean-up in order to try to get the original operators to pay for it. That’s hasn’t happened.

On August 5th an alliance of over 30 groups, including Downwinders, sent a letter to the Dallas City Council and City Manager stating that if the City did not begin removing Shingle Mountain by October 1st, they would begin to do it themselves. 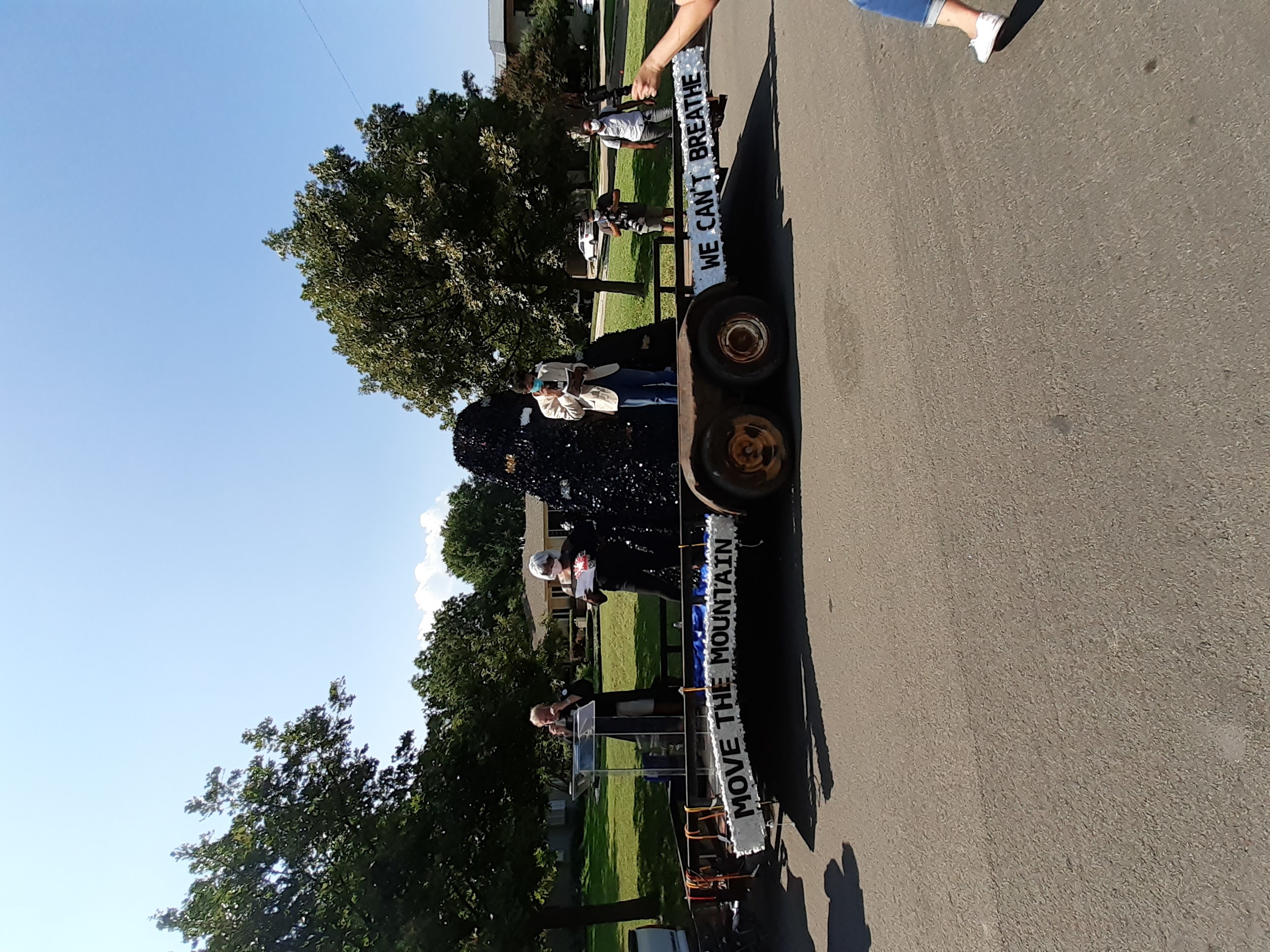 On August 29th, many of those same groups participated in the Shingle Mountain Accountability Convoy, a mobile four hour protest that saw the conviction of five elected officials for “reckless disregard for human life”  in mock trials with the Shingle Mountain float as a centerpiece.

10 days later the City put out a bid request for the job of removing the waste from Shingle Mountain. That process is over on October 5th. Despite this positive development the Dallas City Manager stated THIS WEEK that it would still be 2-3 months before an actual clean-up began.

Downwinders and other groups are asking you to help respond to this continued delay in TWO ways:

1) CLICK HERE to send an email message to the Dallas City Council that says “Move the Mountain Now!” 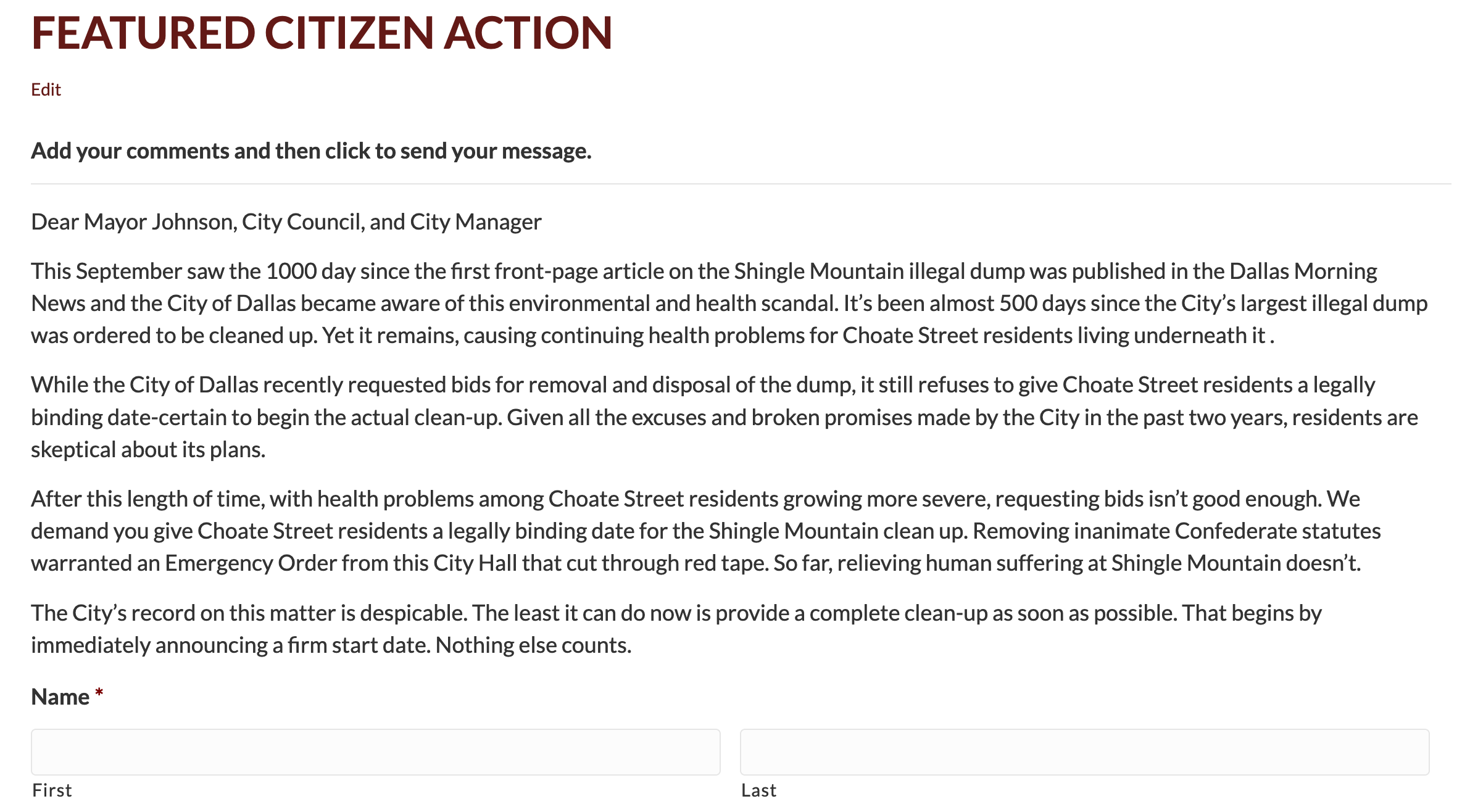 It’s already written and addressed at our website’s “Featured Citizen Action”  – all you have to do is fill in your contact information and click and away it goes. You can add your own message if you like as well.You may not be able to do much else right now, but you can send an email on behalf of these families. 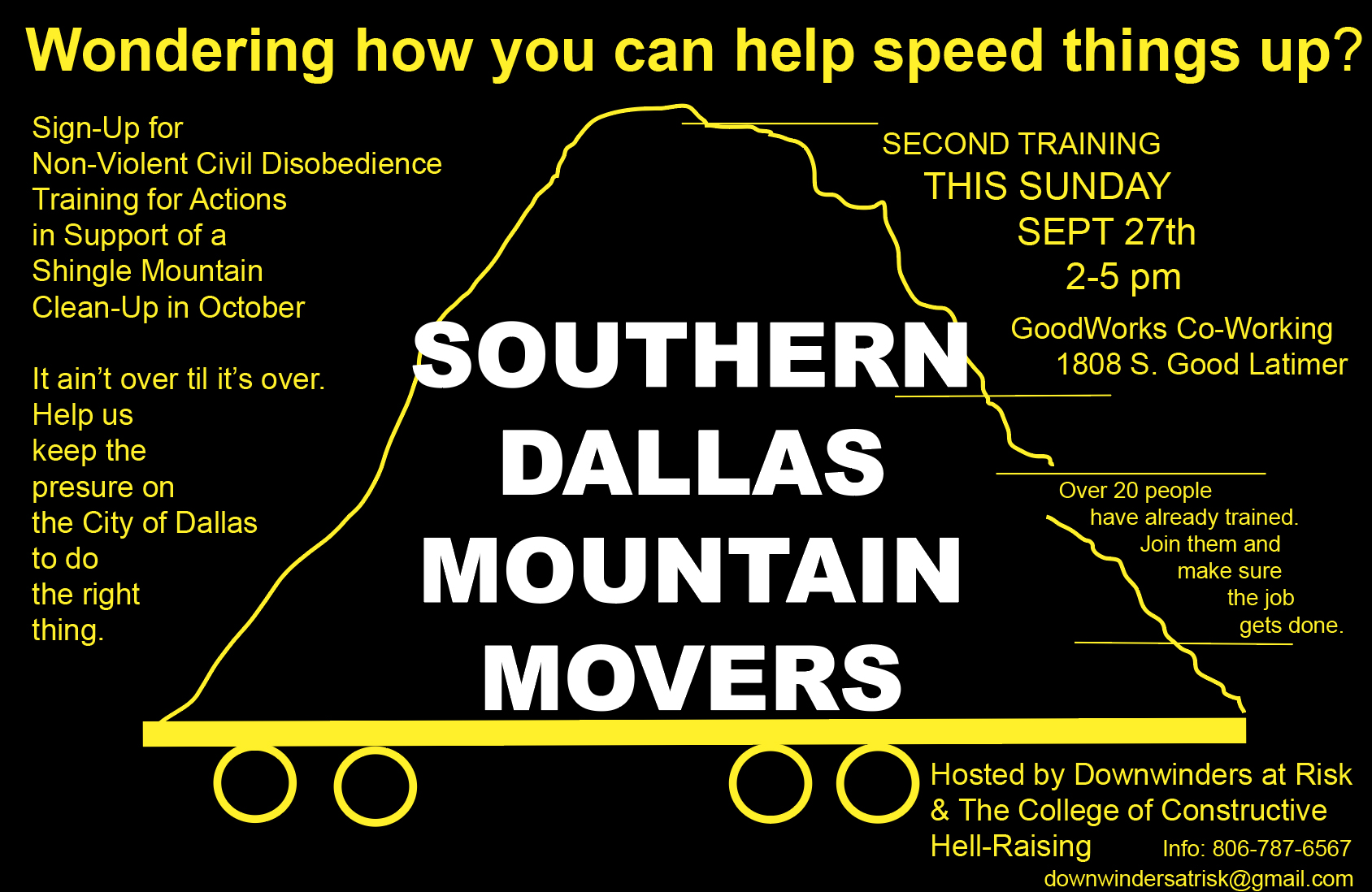 For the first time in our 26-year history we’re endorsing civil disobedience and training people who want to put themselves at risk of arrest on behalf of the Shingle Mountain families and those that want to support them when they do.

Last Sunday was our first training session. It attracted 20 people. We’re hosting another training session THIS SUNDAY 2-5 pm in Dallas at the GoodWorks
Co-Working space where Downwinders is headquartered. Masks are required and social distancing will be enforced. Training will occur outside. 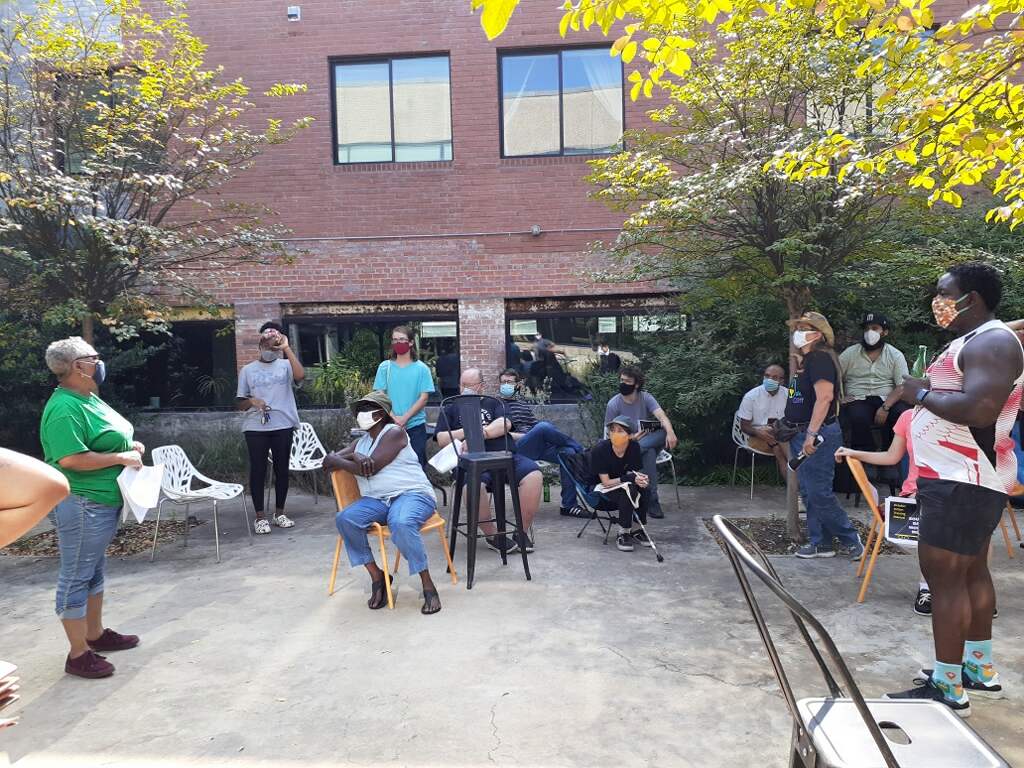 In 2019, the threat of civil disobedience by Choate Street residents and their supporters was the only thing that got the City of Dallas to change its mind and close down active operations at Shingle Mountain. After another year of trying to
clean-up this on-going disaster with meetings, we’re tired of the City’s willful neglect and cruel delay that’s harming human health. We need to again show we’re willing to go to the mat for this outrage.

Just having more names on this list will send the City an important message. Please consider showing up and adding yours. Thanks.