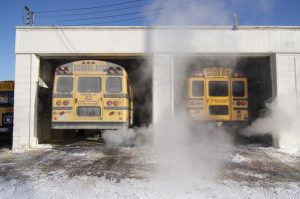 How did we get from cement plants burning hazardous waste in Midlothian to transit or and school buses making runs in inner city Dallas?

The answer is PM, Particulate Matter. The two-decade fight against the cement plants was one long primer on PM pollution. They were, and remain the largest industrial sources of the pollution in North Texas. We learned firsthand about the toxicity, reach, and insidious health effects of PM pollution. Not just strokes and asthma, but IQ loss, Autism, Dementia, Diabetes, low-weight births. PM is the new lead. 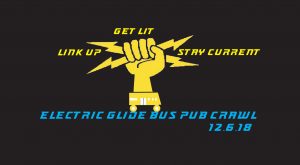 Because they’re on the road so much, are diesel or natural gas-powered, and make people wait by the side of traffic-heavy roads to ride, bus systems turn out to be a major source of PM pollution. And climate change gases. And smog. A rough estimate shows DART’s bus fleet would be the 10th largest PM source in Dallas County if it were all parked in one spot. But of course its the dispersed nature of a bus fleet’s pollution that often makes it more of a widespread threat to public health than a stationary “point source” a.k.a. an industrial facility.

A 2018 EPA study found People of Color are up to one and a half times more likely to be exposed to higher levels of PM than their white peers. Transit and school bus riders are a subset of the population that studies say also face a higher risk of exposure to PM pollution. DISD is a “minority-majority” school district. Dallas is a “minority-majority” city.  When we electrify buses we remove a large source of exposure for a majority of Dallas residents and children. 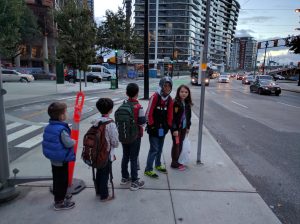 Not only do electric buses remove pollutants from the air by having zero emissions, they can actually provide clean power when they’re parked.  More than one school district and transit agency are using the large batteries of their electric buses as small power plants to sell power to the grid in the summer or at night. If we do this right, your house’s electricity could be coming from the same bus that takes you or your child to work or school.

What’s missing is a constituency for electrification of school district bus fleets and transit agencies like DART and Trinity Metro. Because of the potential impacts and benefits, this could be a wide-ranging and powerful alliance – PTAs, transit riders, physicians, environmentalists, environmental justice advocates, and even the utilities that could buy the power from bus batteries. But until we get the ball, er wheel rolling, its all just that – potential.

One of the reasons we’re sponsoring the December 6th “Electric Glide bus pub crawl” as part of this year’s Root and Branch is that we wanted to start that rolling. And real, wheels-on-the-bus-go-round-and-round rolling discussions and presentations on the advantages of electric buses are part of the evening, but so is just showing your support for the goal of electrification as something local officials could accomplish right now, especially if they combine their collective purchasing power.

The more people that show-up on the 6th, the more DART and local school boards – whose memberships we’re inviting as well – will get the impression someone gives a damn and the more we’re a force to be reckoned with. We need a people’s lobby for 21st Century electric buses in DFW. 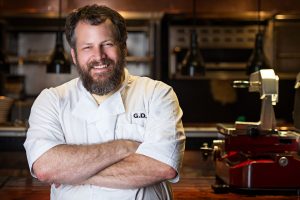 In exchange for coming out and forking over $25, we give you three custom drinks, Graham Dodds’ food, a presentation by Dale Hill, the co-founder of the Proterra electric bus manufacturer, and maybe, just maybe some food for thought about what we all can do right now to advance a bunch of causes in one campaign that’s winnable at the local level in the Trump era.