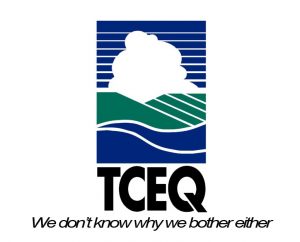 Only three months into the 2017 “ozone,” or smog, season, DFW has already recorded air pollution levels high enough to guarantee the region will remain in violation of the Clean Air Act for the 26th year in a row.

The bad news? So far, we’ve had a pretty mild kick-off to “ozone season.” Most of our worst ozone alert days have occurred on weekends on when winds were shifting.

But a couple of typical episodes in early May and June were enough to put local monitors in trouble, including the regional pacesetter at Denton Airport, to make sure that we’ll be above the current 75 parts per billion EPA standard. Only mid-way through June, Denton’s three year running average is at 78. That number can only go up as Summer wears on.

According to the the Texas Commission in Environmental Quality’s currently proposed DFW clean air plan, all monitors were supposed to be averaging 75 ppb or below.

But the Commission was never serious about that goal. For the second time since 2011, TCEQ offered up a plan that did absolutely nothing to bring smog levels down. No new controls on large sources like coal plants, cement kilns or gas compressors. No new transportation initiatives. Nothing. And nothing is what happened. And the difference between before and after the plan? Nothing. The region is still in “non-attainment” with the Clean Air Act.

Now, you might think that qualifies as a complete and utter failure as an anti-smog plan. And you’d be right. By way of common sense and the English language. But in the “Alice in Smogland” world of EPA-TCEQ agency air plan interaction and doublespeak, this State of Texas do-nothing plan has not yet failed. Bureaucratically it cannot….yet. Because it hasn’t even been approved by the EPA.

The State’s plan is still parked at Region 6 headquarters in Dallas. Why? Who knows. Pre-Trump and pre-2017 comments from EPA staff indicated it would be rejected in part or whole by now. Downwinders, other citizens groups, and elected officials were working on that assumption, trying hard to get EPA to substitute a federal plan for the state’s. The election changed all that for us, and it obviously changed the pace of decision-making at EPA. 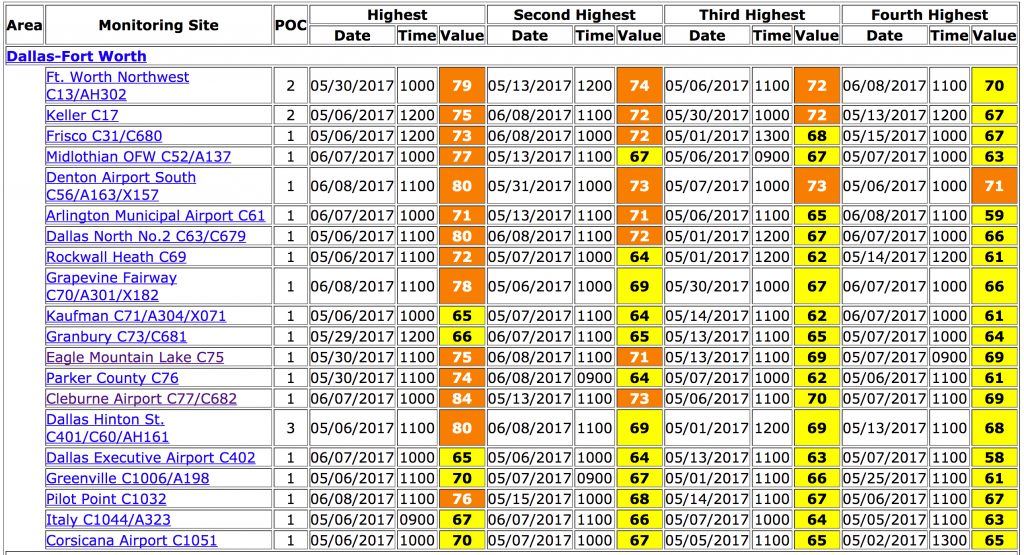 Given that it’s already failed, one would have to make a pretty good case for EPA to approve it, but again, this is a not a process always grounded in the latest facts. Now wedded to an administration that treats facts as hostile witnesses, things at EPA could get bizarre – and into court quickly.

What makes the State’s apathy worse is that EPA is letting the state get away with not providing a new plan for a current standard (even though its’ still violating it), while a new, lower standard is being (maybe) implemented over the next ….five to eight years.

But because the cut-off for violating metro areas to submit plans for the new standard was 81 ppb and DFW was at 80 last year, DFW was also given a pass by EPA to turn in a plan for the new 70 ppb standard.

So, after seeing a cycle of a plan every 3- 5 years since 1991, there will be no more anti-smog plans submitted on behalf of DFW – not for the current standard  and not for the new standard. Nada. DFW won’t have to turn in a plan until well into the next decade, and then, only after it’s endangered public health by failing to meet the 70 ppb standard for three years. Of course, given our progress the last 6-7 years, it’s very possible DFW will still be violating the “old” standard.

It’s also very possible there won’t be a new 70 ppb standard.  The Trump Administration has already signaled a possible roll back in EPA’s support for it.  Last Tuesday, the agency gave states another year to draw non-attainment boundaries. Most had already done so with no complaints. A year from now it wouldn’t be surprising to be hearing of another delay in implementation. There’s more than one way to kill a public health standard.

That makes this last failed DFW anti smog plan an bigger failure, and another chance to remind yourselves that elections have consequences, right down to the air you’re forced to breathe.
Posted in Air Plan, Air Quality, DFW SIP, EPA, Ozone, Smog, TCEQ