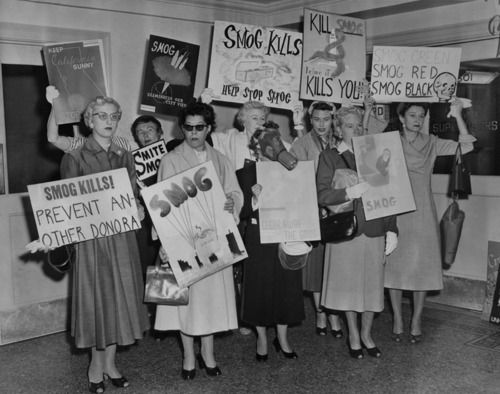 What: EPA Rollback of Smog Standards – and Everything Else

In accordance with Executive Order 13777, titled “Enforcing the Regulatory Reform Agenda,” establishing a federal policy “to alleviate unnecessary regulatory burdens,” the Trump EPA is now seeking ways to “repeal, replacement, or modify” existing regulations. Among the most prominent targets are newly-implemented smog standards and pillars of the Clean Air Act.

This follows a similar order in January, that despite coming out of the Commerce Department, was also squarely aimed at the EPA, with 48 of the 168 comments received specifically mentioning Clean Air Act regulations and 31 called for reconsidering the New Source Review process that insures continued progress in control technology.

Initially the conversation was between the regulated and regulators.  But now comes the opportunity for the rest of us to officially comment.  Since industry has had a considerable head start we need to make sure this public record can’t be used by the Trump Administration to justify the dismantling of the EPA.

Before they begin trying to take apart the EPA, the Trump Administration has to get public comment. You must submit your comments through the reguations.gov site. You must submit them on or before May 15, 2017.

In case you need a quick thumbnail “Hell No!,” here’s some language you can cut and past right into the regulations.gov text box online and be done with it:

As someone who lives in a region that hasn’t complied with the Clean Air Act since 1991, I reject any roll back of existing EPA regulations concerning federal ozone standards, as well as oil and gas facility emissions, greenhouse gas emissions, cement and coal plant emissions, or other large sources of air pollution. EPA should be working to protect public health, not conspiring with polluters to make regulations weaker or disappear. Improvements in air quality are documented to improve economic productivity and growth. Public health is the first priority. Keep your hands off current EPA regulations.

Trump’s Administrative Orders are just one front in the assault on Obama-era environmental regulations. Another tactic is refusing to defend new regs in court cases where industry is challenging them.

That’s exactly what happened in early April when the EPA backed out of arguing for the new 70 ppb ozone/smog standard in front of the U.S. Court of Appeals for the District of Columbia Circuit that was slated to hear oral arguments. In its filing, the Agency stated, “At this time, EPA officials appointed by the new Administration are closely reviewing the 2015 Rule to determine whether the Agency should reconsider the rule or some part of it….Given the broad-reaching economic implications of the 2015 ozone standard, we are carefully reviewing the rule to determine whether it is in line with the pro-growth directives of this Administration,” an EPA spokesperson, J.P. Freire  said.

As the Oklahoma Attorney General, EPA Administrator Scott Pruitt joined Texas and eight other states in unsuccessfully fighting the initial implementation of the standards, which they said were unnecessary to protect human health. An EPA Science panel had concluded the opposite, stating lowering the standard from 75 to 70 parts per billion was the minimum necessary to protect health, and advised a more aggressive standard of 60-65 ppb, which even the Obama Administration recoiled from implementing before the 2012 election.

However, what the Trump Administration is now proposing is a roll back from the new 70 ppb standard, either by official repeal or unofficial non-enforcement, to the current 75 ppb, which will also probably be “loosely” enforced. That standard was found to be “not protective” of public health.

Because the Clean Air Act specifically says the standard must be science-based and any deviation will be headed to court, a permanent roll back is less likely than just ignoring the law, but the damage will be the same in the meantime.

In DFW this means that the current smog planning process, which had the potential to do so much good with a federal substitution of the state’s second do-nothing plan, is now DOA. That plan was another attempt to just get the region down to 75 ppb, the old standard. It didn’t even address the new 70 ppb standard now in jeopardy. We’re currently at a regional average of 80 ppb. 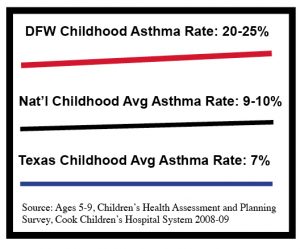 No EPA or state order will be overseeing the implementation of new controls on major sources affecting DFW air quality like the Midlothian cement kilns, East Texas coal plants or gas patch facilities, or action of any kind. Citizens will probably have to sue to get the EPA to even reject the state plan now – something it was already on the public record saying it was ready to do prior to November 20th. That rejection will, however, only trigger a rewrite by Austin. 14 million DFW lungs are now trapped by a vicious cycle of inaction that both the state and federal government are fueling.

Other attempts by the Administration to attack the efficacy of the Agency are more structural. Seemingly with no more than spite as a motivation, there was a report circulating last month the Chicago regional EPA office would be shut down and consolidated with its Kansas City peer, with a corresponding cut in staff and resources. That’s not likely to happen for a variety of reasons, but it shows the kind of opportunistic thinking driving Agency opponents to start a fire sale. This Administration will probably not withdraw from the Paris Climate Accords, but it can be successful in blunting any EPA attempt at actual environmental protection.

That’s why it’s important not to let the opportunists at the Trump EPA win the day. We need to make sure they get a loud and clear message not to mess with the Clean air Act or anything else. Don’t hesitate. Communicate your outrage now, where it will be counted by both sides. Thanks.