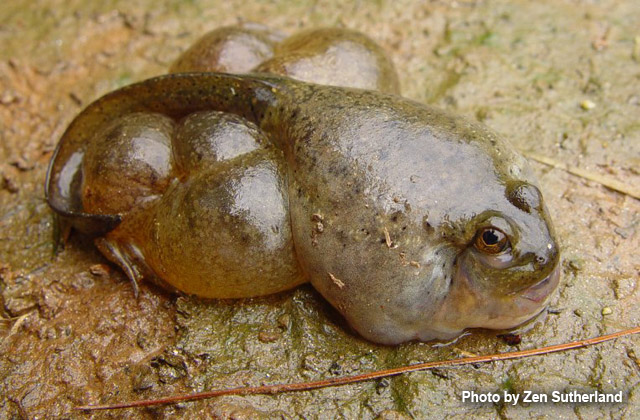 Founded by the late great Theo Colburn, who along with her co-authors of "Our Stolen Future" way back in 1996 just about invented the field of "endocrine-disrupting chemicals," the Endocrine Disruption Exchange (TEDX) is holding a monthly teleconference series begining in April focusing on chemicals associated with fracking.

First up on Thursday, April 7th at 1 pm is Dr. Chris Kassotis, who's been looking at the connection between fracking chemicals and surface and ground water contamination near fracking sites. According to the TEDX release, Kassotis will speak about…

Dr. Kassotis is a Postdoctoral Research Associate in the Nicholas School of the Environment at Duke University. He completed his PhD at the University of Missouri working with Susan Nagel to assess unconventional oil and gas operations as a novel source of endocrine disrupting chemicals in water, and the potential for adverse human and animal health outcomes from exposure.

This April get together is one of three briefings being given from now until June. According to a preview of the next two calls:

You have to go online and register as a participant if you want to listen in or ask quesitons via a live chat line.