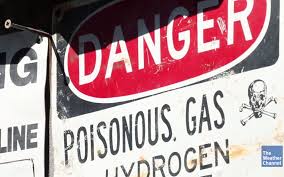 According to a state-sponsored study through the University of Maryland's School of Public Health, "air emissions trump water pollution and drilling-induced earthquakes as a top public health threat posed by future fracking projects in Maryland."

For the better part of a year, faculty surveyed previous research between the gas industry and health effects. They looked at all the possible "exposure pathways" for toxins to reach surrounding populations from gas rigs and facilities and ranked each of the threats. Air quality got a "high" threat ranking, whereas water pollution ranked "moderately high" threat and earthquakes "low."

Dr. Donald Milton, Director of the Maryland Institute for Applied Environmental Health and a UMD professor of epidemiology, biostatistics, and medicine was the study's lead investigator and concluded,

"We think [the state] should pay a lot of attention to air pollution," said Milton.  Although water pollution is also a concern, Milton told InsideClimate News that there's not enough data on how likely dirty water is to sicken people, nor how strong those health effects would be."

Because most of the reviewed data in the study comes from gas plays that have received a lot of attention over the last couple of years – the Barnett and Eagle Ford in Texas, the Marcellus in Pennsylvania, and the Bakken in North Dakota – Maryland's environmental and public health officials were quick to offer a joint damning disclaimer: "We believe it is important to note that it is largely based on information on natural gas development in areas where the pace of gas development was rapid and intense and without stringent regulations and government oversight." Well yeah, but if our own officials weren't so negligent you wouldn't have the benefit of now learning from our bad examples.

The study was part of a 2011 executive order signed by Maryland Governor Martin O'Malley that outlined a state approach to dealing with potential fracking in the state's western corner, where the Marcellus extends across the Pennsylvania line.

Besides identifying air pollution exposure as a major threat, the study also offered specific recommendations to combat that exposure, including:

– baseline air quality monitoring before any drilling or production begins

– constant air monitoring when activity on the site begins

– transparency in the information about the facility.

As the Inside Climate article on the study notes, its conclusions "stand in stark contrast to public concern in heavy-drilling states such as Maryland's neighbor Pennsylvania. Those concerns have tended to focus on tainted water, not air."

Indeed. It's a lot easier to make a fire-breathing water hose into a drive-by YouTube meme than a family gasping for air that won't make them sick. But for most neighbors of urban gas drilling, water quality isn't even on the radar screen because they're getting their H2O from a city pipe running from a lake, not a well. On the other hand, they're directly breathing in the mix of chemicals and pollution coming off the site itself, making their home a frontline toxic hot spot. That site's plume is then combining with hundreds or even thousands of other plumes from similar sites close-by to decrease regional air quality. That air pollution can end-up affecting thousands or millions of residents who don't even live in close proximity to a rig or compressor.

In the most successful "nuisance" court cases against gas operators in the Barnett Shale over the last year or so, air pollution has been the villain keeping families from enjoying their property and running up their medical bills.  You can get water trucked in, but it's very hard to do the same with air.

Public comment on the report is open until October 3rd.