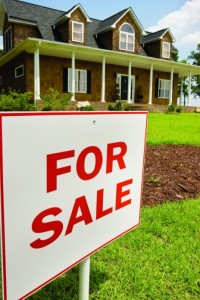 Homeowners within a half mile of the former Exide lead smelter site and other lead-contaminated properties in Frisco are seeing a 15% drop in their property value from the stigma associated with the toxins, according to a new economic analysis done by an independent North Texas economist hired by local environmental groups.

“There are double-digit negative impacts on the assessed values of all 90 homes,” concluded Dr. Bill Luker, Director of Denton-based Terranovum Solutions, who was asked by Downwinders at Risk and Frisco Unleaded to examine the economic impact of the Exide environmental controversy on surrounding home values.

“There’s an average negative discount of $24,613,” stated Dr. Luker. “In other words, if it were not in close proximity to two sources of contamination, i.e., the Exide site and Stewart Creek, the average home would be assessed at about $213k, $24k more than its current appraisal of $189.3k.”

Dr. Luker said that although the study was relatively small in focus, he was confident of the results and said it pointed to the need by the City of Frisco to do its own more comprehensive economic analysis before it decides what environmental clean-up options to follow.

“The costs we’ve reported, while substantial for many homeowners, will be unquestionably dwarfed by the magnitude of those from the discounting of residential and commercial property values, and the negative effect on local personal income, employment, average and median household income, and ultimately, lost tax revenue for local government….”

Downwinders Director Jim Schermbeck called this economic impact a hidden “toxic landfill tax” that was already being assessed on the community now, in contrast to what some Frisco City Council representatives have said would be a necessary property tax increase to pay for a complete clean-up of the Exide property.

“City Hall may not want to talk about it, but there’s a heavy tax already being paid by Frisco property owners for being located in proximity to Exide. That tax will only increase and spread if a temporary clean-up of Exide is turned into a permanent landfill site for its toxic wastes.”

Monday at 5 pm was the deadline for government entities to put in their claims against Exide in the east coast bankruptcy court hearing the company’s case. Frisco City Hall has insisted that leaving a 40-acre toxic waste landfill behind on the Exide property will allow for normal economic development and a 4cheaper clean-up bill.  The City has only asked the court for approximately $20 million for that option, versus the $135 million for a full clean-up.

But the city has yet to release an itemized accounting of their consultant’s cheaper estimate and this new report casts doubt that normal economic development can ever take place in the presence of so much toxic contamination.

According to Luker, “Re-development of the Exide site and surrounding property cannot occur if environmental remediation is viewed by the market as neither thorough nor complete. The net result of years or even decades of contamination will not only continue to depress values for both residential and commercial property, but will also hold down the growth of local private employment and levels of personal and household income. All of these factors will contribute to the indefinite perpetuation of economic underdevelopment in the center of Frisco.”

Schermbeck agreed. “This report is just the tip of the iceberg of likely economic problems caused by the City’s choice to allow a hazardous landfill to dump wastes improperly stored in Frisco to begin with . The total costs of keeping toxic waste in the middle of town could easily run into the billions in terms of lost taxes and lost economic opportunities. It’s in Frisco’s best interest to tally those costs up before they decide that it’s cheaper in the short run just to bury it in place downtown.”

He pointed out that it was Frisco Unleaded members who had already approached state legislators about redirecting state battery fees from general fund accounts to the Exide clean-up, something that Frisco City Hall had not yet committed to, despite tapping those funds during the last legislative session. “With state help you could totally remove the source of this economic stigma. You wouldn’t have to settle for a hazardous wast landfill in the middle of town. But the City won’t commit to this strategy.”

Schermbeck and Frisco Unleaded members have been criticizing the Frisco City Council for accepting the landfill option too quickly in light of so many unknowns of cost and contamination threat. They’ve asked for the city to release it’s own detailed consultant’s report on the different clean-up options, but so far City Hall has refused.

“There is a rush to judgment taking place within Frisco City Hall about the Exide site that’s totally at odds with the facts on the ground,” said Schermbeck. “This new study should be a big red flag to the City Council about its current course. The long term costs to the city ‘s economic growth may be larger than the short-term savings it thinks it will accrue by taking what looks like a cheaper option.”

Methodology: Dr. Luker’s economic analysis is a summary of impacts on property values of a sample of 90 homes in close proximity (between 3000 and 3600 feet) to the former Exide Corporation’s lead smelting operations in what is now downtown Frisco, TX. It uses reliable estimates drawn from the very broad and deep empirical literature on the statistically and commercially significant negative economic impacts of closely similar brownfield sites on residential property values in their immediate locale. For the year 2011, findings from that literature were used to calculate the negative impact on the assessed property values of 90 homes, a 3 percent non-random, spatially bounded sample from a population of 2782 homes identified within .5 to 1.5 miles of Exide-Frisco.