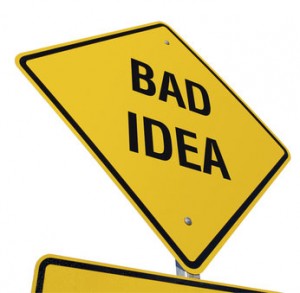 It's become so common place these days that you're likely to take it for granted, but if you'd ask activists three years ago whether we'd end up carrying the Dallas Morning News on the issue of urban gas drilling, you would have been considered a dreamy-eyed do-gooder.

But in fact, across the board, from Trinity East to the new ordinance, from compressors to setbacks, the News editorial page has been leading public opinion in favor of common sense, transparency and caution ever since the City's Task Force began meeting in 2011.

That leadership continues with today's blunt recommendation to deny the Trinity East permits. Below is the entire editorial in its entirety, which contains as good a synopsis and talking points about the situation as you'll find.

Meanwhile we only have 24 more hours to fill-up the City Council's mail boxes with your messages of opposition to these awful permits. Please click here to take you to our automatic e-mail system or see this alert for the Council's e-mail addresses.  Then join us downtown at City Hall tomorrow afternoon at 12:30 pm for the historic vote and come celebrate with us at Lee Harvey's afterwards.

After months of sidestepping the issue, the Dallas City Council now must do the right thing Wednesday — deny Trinity East’s application for permits to drill on parkland and flood plains around the Elm Fork of the Trinity River.

This shouldn’t be a difficult vote. The Dallas Plan Commission twice considered and rejected the permit application — the correct vote because existing city policy bars drilling on the surface of parkland. Now the City Council should step up and also reject Trinity East’s proposal.

In 2008, the city sold lease rights to drill on city-owned land to Trinity East for $19 million and used the money to help balance the budget. It was an ill-conceived decision, prematurely pushed through for budgetary reasons before city officials had decided how they would regulate drilling within city limits.

Due to low prices for natural gas, the project remained dormant until Trinity East revealed plans late last year to build a compressor station and drill on the surface of parkland. The controversy heightened this spring when news broke that former City Manager Mary Suhm had privately told Trinity East she would help it win the right to drill on parkland at the same time she was publicly assuring the council that she would not support drilling on city parkland. The proposal became such a tangled mess that this editorial board sharply criticized City Hall for lack of transparency and due diligence and urged denial of Trinity East’s application.

Trinity East needs 12 of the 15 council votes to override the Plan Commission decision and grant the drilling permits. Council members Scott Griggs, Philip Kingston, Sandy Greyson and Adam Medrano are solidly on record against the proposal, and at least two others, Carolyn Davis and Monica Alonzo, indicated in The Dallas Morning News Voter Guide last spring that they opposed gas drilling.

We hope the council has learned from this debacle and will deliver a “no” vote Wednesday.

The Trinity East proposal is the wrong plan at the wrong time. Before City Hall considers another drilling proposal from any company, officials must transparently develop a tough new drilling ordinance that protects Dallas neighborhoods. The Plan Commission is in the process of writing an ordinance that, among other things, we hope provides safe setback distances from homes and schools, addresses water use in droughts and continues the ban on gas drilling on the surface of parkland.

Gas drilling can be done safely in an urban area if the proper safeguards and setbacks are adopted. Dallas needs to deny the Trinity East plan and then take the time to write rules that are in the best interest of all residents.