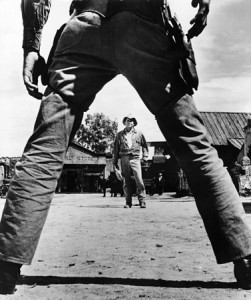 This Wednesday, August 28th, sometime after lunch, the Dallas City Council will finally decide the fate of the three Trinity East gas permits that have refused to die since they were foisted on residents by Mayor Rawlings just after Thanksgiving. This looks to the definitive last nail in the coffin of the "Zombie Permits" that are so bad, even the considerable contorting of the permitting process by the Powers-That-Be could not save them from not one, but two denials by the City Plan Commission.

Council members Adam Medrano, Scott Griggs, Philip Kingston, and Sandy Greyson have all committed to voting against the permits. Normally that would mean defeat in a 15-member Council, but since the Plan Commission voted to deny, the rules say it takes a super-majority of 3/4 of the Council to overturn such a denial. With these four council members on our side, we have exactly the number to prevent a super majority of approval, with no room to spare.

So we need your help again to make sure this happens and that this is the last time we call folks out to fight these very bad permits. We're asking you to do three things:

1) Spend 30 seconds sending an e-mail to all 15 Dallas City Council members that urges them to vote against the permits on Wednesday. Since we only have about 24 hours left before the vote, please do this now by stopping by our "Featured Citizen Action" page here.

This form e-mail has some good talking points for Wednesday but you can also add your own comments at the end if you like.

If you don't want to use that system, please feel free to compose your own e-mails and send them to the council at these addresses:

But time is of the essence. Please do this right now. Let's make sure they know we're still watching them.

2) Come down to City Hall at 12:30 pm and be prepared to tell the City Council why these permits should be denied. Since the permits are regular agenda items, anyone can can sign-up and speak about them for 2 minutes each. We need a lot of speakers to balance out what we expect to be another attempt to turn out folks from the industry. It's late-breaking concern over what Dallas is doing is the highest compliment to the effectiveness of your work so far. Don't let it go for naught by taking this last piece of action for granted. This is the first vote by a Dallas City Council on gas permits. It's the first time any of these Council members will have voted on anything to do with gas drilling. It's a landmark vote. We need you to be there to demonstrate not only your widespread opposition to the Trinity East permits, but your support for a much stronger gas ordinance. This is the same council that will be receiving the final draft of the new gas drilling ordinance in just a month.

With these Trinity East permits, there is always the chance of last-minute skullduggery by the Mayor and staff to try and win approval by applying heavy pressure about lawsuit threats etc. We need you there in numbers to prevent such a last-minute move from being successful, or as a last-resort, to raise Holy Hell if it does.

3) Come Celebrate a Citizens Victory. After what we hope will be a victorious vote Wednesday afternoon, you're invited to drive a few blocks down from City Hall to a nice little bar and restaurant called Lee Harvey's (1807 Gould St  Dallas, TX 75215 214-428-1555) to celebrate. Our fight against these permits has seen the modern maturation of the Dallas environmental movement as a force to be reckoned with. We've created the most successful citizens coalition in recent memory. This has been, as the Morning News stated, one of the most important zoning fights in Dallas history, not to mention public health and safety. These kinds of victories are too few and far between not to be officially recognized. We know you've spent a lot of time fighting these permits, now please come spend an hour or so reveling in your success. You deserve it.

However, If something unexpected does occur and somehow the permits are still alive on Wednesday afternoon, we'll need a watering hole close by to debrief and plan, so come on over and plot with us win, lose or draw.

1) Send an e-mail to the Council right now.

2) Bring your butt down to the 6th floor Council chambers at City Hall again at 12:30 pm Wednesday and show this City Council these permits and their scandal still matters to you. Don't let industry out-organize you now.

3) Bring you butt over to Lee Harvey's after the Council's vote to celebrate or commiserate.

See you on Wednesday. Thanks for all your effort on this issue.