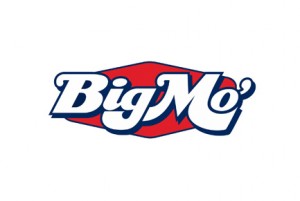 Opening up another official front of opposition, the Irving City Council unanimously passed two resolutions at their regular monthly meeting Thursday night that puts the city on the record against Dallas' plans for park and floodplain drilling.

Besides rhetorically taking a side, Irving opposition could be important because Trinity East Big Cheese Tom Blanton told the city's officials last month that, although the controversial wells and refinery the company wants to build on the banks of the Trinity will be within the City of Dallas, the lateral drilling from those wells are actually planned to go under the City of Irving. They'll put the straw down in Dallas but Trinity East wants to really drink Irving's milkshake

One resolution was aimed at opposing the three Trinity East permits themselves and a second one was aimed at opposing drilling in, on or near Irving city parks. Since both were on the Council's "consent agenda," there was no discussion so we don't know if there's a second shoe that's going to drop in terms of denying mineral rights to Trinity East outright. That might be complicated by the fact that there are already at least two wells near the University of Dallas (in Irving) that the company drilled on behalf of itself and others, including the City of Irving.

Irving's opposition comes a week after the revelation that Dallas City Council member Monica Alonzo, in whose district all three Trinity East wells are located, now "opposes drilling anywhere in the city," a U-Turn on the subject, since just last year she was reported as salivating at the prospect of royalty money from the wells. That could also be critical, because council members often defer to their colleagues when it comes to zoning matters within each other's districts. Of course, there's one way to prove her new-found conversion – sign-on to the internal memo that Council members Scott Griggs and Angela Hunt have circulated asking for five signatures to bring the matter up for an immediate vote by the full council.