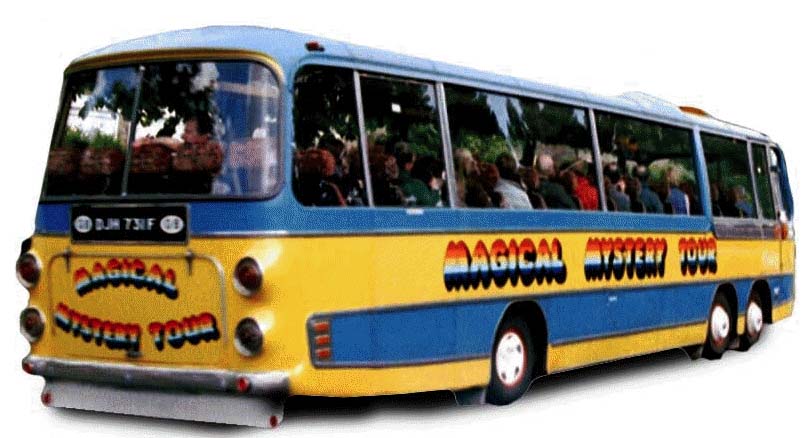 So hard, they engineered a "reconsideration vote" to overturn that denial, now scheduled for 1:30 pm February 7th – next Thursday.

So hard, they're flip-flopping on established positions, misrepresenting the facts, and fabricating new definitions to avoid the truth.

So hard that they're resorting to the tired and true tactic of polluters and their flunkies everywhere: "Let's Take a Tour of the Site!"

So at 8 am on Thursday morning- tomorrow – members of the Plan Commission, under heavy escort by city staff, will meet at City Hall to board buses and take a tour of the Luna Vista Golf Course drill site, the gun range site near-by, and the refinery site near the Elm Fork soccer complex just west of Walnut Hill. Interested citizens will be along as well, but city staff has told them that they may or may not be able to ride on the tour bus with CPC members and staff. Too risky we suppose – what if someone wants to challenge the staff narrative? Is such a bus ride a violation of the Texas Open Meetings Act? Good question. But Dallas City Hall hasn't been in the mood lately to observe the fussy legal niceties.

But the tour does give CPC members the chance to compress all the tricks and untruths of the gas lease controversy into a nice 3-hour package. For example:

Then:  "When the city executed its lease with Trinity East, the words “park land” didn’t appear. The lease designated just five sites – none on parkland – as authorized drilling locations. Two sites that were on parkland were listed as ‘possible’ drilling sites, the same two locations now up for review. But city staff made it clear to the council that the company had no assurance that those sites would ever be available.” (Dallas Morning News, 2012).

Now: Trinity East says "prohibiting drilling and production in public parks is a complete reversal of the City's position when the leases were sold. In fact, two of the pending drill sites are on park lands (one adjacent to L.B. Houston Golf Course and one on the Gun Club). Not only were these sites advertised in the original RFP, but they were also specifically identified by city staff before the
leases were purchased. It will result in a breach of agreement. (2011 Trinity East Letter to Gas Task Force.

Then: “There will be no drilling allowed on the surface of city of Dallas park land.” (2008 City of Dallas staff presentation to City Council)

Now: Dallas city staff say there will not only be surface drilling on city parkland allowed, but that city parkland will be permanently taken out of park use to allow for drilling.  There's a February 13th hearing on doing just that scheduled by the Dallas City Council.

Then:  Under the current ordinance, compressor stations and refineries “would require a planned development district because no defined use; or must create a use in zoning districts.” (City Staff to Gas Task Force in 2012).

Citizens will be on the tour with fact sheets reminding the press, the CPC, and city staff themselves about these obvious contradictions. But's it up to you breathers, to remind them forcefully enough to keep the permits denied on the 7th. Keep those cards and letters coming in and be sure to show up for the CPC meeting at 1:30 pm next Thursday,