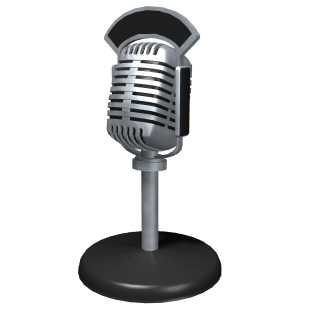 In a letter sent Tuesday, ten grassroots and national groups from across the country, including Downwinders at Risk, joined together to call on EPA to schedule a public hearing in Dallas-Ft. Worth on its proposed rollback of cement plant emission rules.

In publishing the revised rules in the Federal Register last week, EPA proposed only one public hearing be held on August 2nd in North Carolina, where there is not a single operating cement plant, although the proposed new giant Titan cement plant is trying to win permit approval to operate near Cape Fear.

Downwinders was joined by Montanans Against Toxic Burning out of Bozeman; Montana Environmental Information Center in Helena; Selkirk, Coeymans, Ravena Against Pollution (SCRAP) in upstate New York; California Communities Against Toxics, based in Rosamond, the Stop Titan Action Network, Penderwatch and Conservancy, Cafe Fear River Watch, and North Carolina Coastal Federation, all from the Tarheel state, as well as Earthjustice, the DC-based legal defense team that has partnered with Downwinders and many of the other groups for 20 years in trying to get these new rules implemented.

In 2009, DFW was one of three metropolitan areas that hosted public hearings on the then-proposed rules, referred to as National Emission Standards for Hazardous Air Pollutants, or NESHAP. Over 200 people attended at the impossible-to-get-to DFW Airport Hotel and almost 100 testified – more than participated in the DC and LA hearings combined. All but five testified in favor of strong EPA regulation of cement plant emissions.

DFW is also downwind of the nation's largest concentration of cement plant manufacturing capacity, with three large plants and a total of six kilns operating today in Midlothian, in Ellis County.

EPA's changes to the rules, which include moving the compliance deadline from 2013 to 2015, as well as loosening the Particulate Matter standards and eliminating real time monitoring of PM pollution, were proposed just as the rules were about to be finalized and signed into law. No one at EPA can explain exactly why. No judge asked them to. The public didn't demand it. The Administration seems to be going out of its way to find favor with the cement industry even as the EPA is still carrying on a massive national enforcement initiative against it.

If you haven't done so already, please click here and send your comments opposing the changes in the cement plant emission rules. You only have until August 17th.

The full text of the groups' letter:

We, the undersigned groups, respectfully request that the Environmental Protection Agency hold a public hearing in Dallas, TX on its recently re-proposed NESHAP rule for Portland cement kilns. We request that this hearing be held in addition to the hearing scheduled at the Research Triangle Park facility in North Carolina.

There are no cement plants operating in North Carolina. It is incredibly important for the EPA to hold at least one public hearing in a location that is directly impacted by the toxic air pollution that this NESHAP rule addresses. Dallas is an appropriate additional hearing location for numerous reasons. First, there are multiple cement plants in the vicinity. Second, there is a precedent for public hearings on this rule in the region— on June 17, 2009, the EPA held a productive public hearing in Dallas on the Portland cement NESHAP. Third, Dallas's central location is more convenient for other impacted citizens from across the country who wish to travel to provide testimony.

We have worked for more than a decade to secure strong protections against the emissions of mercury, arsenic and other toxic air pollutants that cement plants emit. We would appreciate the opportunity to continue our involvement on this important issue at an additional public hearing in Dallas.