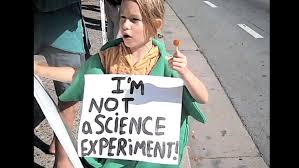 Dr. Michael Pramenko seems like a reasonable guy. He's not a Greenpeace treesitter, or running for elected office, or part of any unruly mob.

In fact, he's so reasonable that he's the former president of the Colorado Medical Society.

And Dr. Pramenko calls the current hydraulic fracturing boom in the state’s oil and gas industry an “experiment in motion. One that could lead to higher rates of cancer and other illnesses over the next 10 to 15 years."

But he's not concerned with the massive acute exposures that can happen during accidents or blow-outs. No, he's concerned with the harm done by the routine, boring everyday kind of low-level chronic exposure that the Texas Tech researchers in the post below are documenting.

“Are there people out there being exposed to low quantities [of carcinogens] that we won’t ever know about? Sure,” he said. “Are there going to be some cancers down the road that come about across the United States? I think that's true.

You'll be relieved to know that state regulators have everything under control. Colorado Department of Public Health and Environment (CDPHE) spokesman Mark Salley said the department closely monitors the industry to protect public health: “The [CDPHE] has regulations in place, including required permitting, set-back requirements, use of ‘best practice’ methods by industry to minimize the impacts.”

Yes, that should do it.

There are 50,771 active oil and gas wells in Colorado – 20,260 of them in Weld County on the northern Front Range. More than 90 percent of the state’s wells are fracked at least once and often multiple times.

Trying to regulate fracking hazards is like trying to hit a moving target. Every month there's a new study out that shows a new threat or one that has been under-emphasized. Like so many other on-going experiments we're a part of, this one will claim thousands before we understand what was really happening.