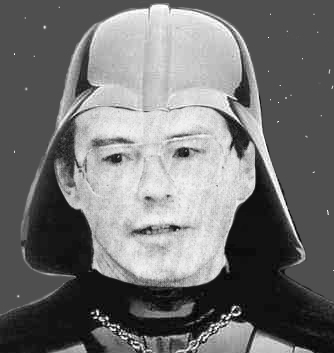 Texas Monthly's Paul Burka has written about some e-mails that went flying back and forth among Texas Republican lawmakers as the bitter re-districting battle took place over the last 12-15 months. Some of them have become public. One of these reveals what Texas House of Representatives Speaker Joe Straus thinks about Midlothan-area Congressman "Smokey" Joe Barton and his supporters in their attempts to gerrymander a new, more Republican district for the Congressman (since Arlington is getting a bit too purple for his taste). Welcome to the reality based community Speaker.

It's always a good darkly-comic read when fierce opponents of clean air take credit for progress even while they're still fighting against it. So get ready from some really twisted pretzel logic as you tackle the official and severely anti-climatic Ash Grove press release that announces the 2-year, $136 million effort to convert the Last Wet Kilns in Texas™ to dry kiln technology, eliminating hundreds of thousands of tons of air pollution by 2014.

This news was first broken by us last January, then Ash Grove applied for the state permit it needed (w/o having to be bothered with public notice or comment), and then again over a week ago when we pointed out they'd ink the engineering contract. Nevertheless, we'll leave it up to the company to have the belated last word.  But you're not going to find any mention of Downwinders' seven-year "Green Cement Campaign," or the more than a dozen local governments that overwhelmingly voted for procurement policies that explicitly said they were not buying wet kiln cement because it produced too much air pollution. Or the lawsuit that Ash Grove eventually was forced to file when they lost a 5-0 vote over such a procurement policy at the Tarrant County Commissioners Court. Or how Downwinders successfully intervened last year to protect those procurement policies when Dallas and Arlington were thinking about ditching them over that Ash Grove lawsuit. No, Charles Sunderland the Third and Company would rather drink lye than give us our due.

But the press release does cite the "U.S. Environmental Protection Agency’s (EPA) portland cement National Emissions Standards for Hazardous Air Pollutants (NESHAP) rule, which are scheduled to take effect in Sept. 2013," as a determining factor in the modernization.

That would be the same standard that over 200 local residents supported in-person throughout a day-long hearing at DFW airport in 2008. It was the largest, best-attended hearing on the rules that EPA hosted that year, including stops in L.A. and Washington D.C. , capping over a decade of organized support from Downwinders at Risk. No other single grassroots group did more for so long to make sure those rules got approved because no other group was faced with such a concentration of old, dirty wet kilns that we knew would have to modernize to conform to them. By linking their decision to the NESHAP standard, the company is at least acknowledging a large factor that Downwinders had a large impact on. But the comedy of the Ash Grove press release lies not in what it leaves out, but what it crams in – toasts to its success from all the elected officials who worked do diligently to destroy the NESHAP rule and, or thwart our Green Cement Campaign.

“My colleagues will be delighted, as I am, to know that Ash Grove is making this investment in Midlothian during difficult economic times. The costs that this company is incurring to comply with mandated federal air emissions regulations are incredible while sales are down in the industry by more than 40 percent. We are fortunate that they are 0making this investment in Texas. In my estimation, Ash Grove always has been a leading corporate citizen,' Texas House Appropriations Chairman Jim Pitts (R-Waxahachie) said in his reaction to the decision."

Give him points for consistency: Rep. Pitts was against the federal cement plant rules when the economy was booming too. And he fought any and all attempts to protect the downwind cities from Ash Grove's green cement lawsuit in the Texas legislature. But he's delighted that both evil strategies worked in concert with one another and produced this wonderful result!.

Smokey Joe is merely pleased: “For years, I’ve seen these companies scrutinized by groups who would rather shut them down and force Texans to rely on imported cement.  In spite of that, in a bad economy, Ash Grove has chosen to continue to operate in Texas and further improve on its record of reducing air emissions. I am pleased by Ash Grove’s decision and by the knowledge that it will be among the lowest emitting cement producers in Texas,' said U.S. Rep. Joe Barton (R 6)….."

Yes. That's the same Joe Barton still trying to sabotage the very NESHAP rules he's congratulating Ash Grove for following. Don't spend too much time thinking about the hypocrisy in this one, it'll make you pass out. In point of fact, the fight over cement pant pollution in Midlothian has been about citizens dragging an industry kicking and screaming into the 21st Century, being forced to reduce its pollution but also becoming more efficient. Jim Pitts, Smokey Joe, and Charles Sunderland the Third never mention that while pollution has been significantly reduced in Midlothian as a result of all those nasty federal mandates and citizen lawsuits and permit fights, the actual manufacturing capacity to make cement at Midlothian's three cement plants has grown.