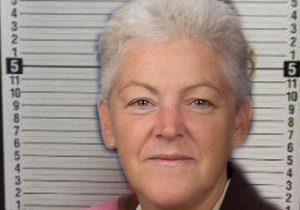 DALLAS, TX – The U. S. Environmental Protection Agency (EPA) missed a key deadline in 2013 to classify smog air pollution in Dallas-Fort Worth as ‘severe,’ prompting the Sierra Club to file suit against the agency yesterday afternoon in the U.S. District Court for the District of Columbia for failing to properly act to protect the health of the people of North Texas.

The levels of smog in Dallas-Fort Worth are among the highest in the country, and only smoggy California, Houston and Baltimore have levels higher than North Texas. Ozone is the main ingredient in the smog in Dallas-Fort Worth. It triggers asthma attacks in children and is responsible for the red and orange bad air alert days the region sees every year.

“While we recognize that the Environmental Protection Agency has many priorities, nothing is more important than protecting our children from the dangers of smog and the asthma attacks that it can trigger,” said Dr. Neil Carman of the Lone Star Chapter of the Sierra Club. “The Clean Air Act has mechanisms in place to reduce pollution for areas with long-standing smog problems like Dallas-Fort Worth, but those mechanisms don’t get triggered unless EPA acts.”

The Texas Commission on Environmental Quality (TCEQ) had a federal deadline to meet the public health standard by 2009, and when the state’s clean air plan failed to reduce pollution levels to meet the protective standards of the Clean Air Act, regulators received an extension to meet the standard by the end of the 2012.

State regulators again failed to develop a plan that would lower smog levels to protect people living in the region. After both failures, the law required EPA to classify Dallas-Fort Worth as having a “severe” ozone problem and publish the notice in the Federal Register in 2013. This action would have required polluters to take additional steps to clean our air. Unfortunately, U.S. EPA missed the deadline, prompting the Sierra Club to file suit late Tuesday, May 20, 2014.

"The Clean Air Act requires polluters to take extra steps in places like Dallas-Fort Worth that have been chronic violators of smog standards," said Jim Schermbeck with Downwinders at Risk, a clean air group based in Dallas-Fort Worth. "But asking Rick Perry to enforce the Clean Air Act in 2014 is like asking Wall Street tycoons to care about low-income families. That's why six million residents need the EPA to do its job and guarantee North Texas safe and legal air."

Because the EPA missed the 2013 deadline to properly classify the Dallas-Fort Worth area as a “severe” ozone smog area, industries are being allowed pollute more than they would otherwise, delaying the protections children, the elderly and people with respiratory illnesses in the region need.

"Today's action is the first step in requiring the EPA to finally solve the ozone problem in D-FW. Too many Texas children end up in the emergency room or miss school because of asthma and other breathing difficulties. We have to hold EPA to its legal requirements to give these families a chance to breathe easier," said Nia Martin-Robinson, Beyond Coal organizer with the Sierra Club in Texas.

Coal-fired power plants across Texas, cement plants in Midlothian and fracking in the Barnett Shale are significant contributors to smog-forming pollution to the region. State regulators have failed to require the most up to date pollution controls on these sources, contributing to the repeated failure of state clean air plans.