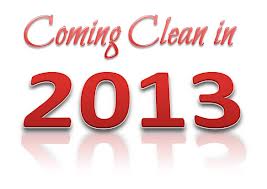 "Environmentalists and Frisco residents have long wondered whether contamination existed beyond the borders of Exide Technologies’ shuttered Frisco plant.

Now they know, thanks to recent open records requests from Frisco Unleaded and Downwinders at Risk to state environmental officials. Waste materials from battery recycling processes exist in the 340-acre Grand Park area, the proposed site of an elaborate regional park.

If you live in Frisco, you should be perturbed that you didn’t hear this sobering news sooner — or hear it from the city, which has known of these findings for a couple of months. Instead, the information comes from environmental groups that stumbled across the test results in the Texas Commission on Environmental Quality’s response to their records request.

Given the lingering controversy over the extent and pace of the cleanup of Exide’s plant site, city officials owed it to residents to disclose everything they knew as soon as they learned it. Governmental transparency and communication are important, especially when health, safety, property values and the credibility of cleanup efforts are at stake. This is important because the new reports detail problems on land outside of Exide’s property that need to be cleaned up.

City officials contend they’ve been open with residents and last Monday filed an application to include the Grand Park area in a state voluntary cleanup program.

The city has done itself no favors by sitting on information. Frustrated with the pace of the cleanup, environmental groups want the Environmental Protection Agency to issue an imminent and substantial endangerment order and take over cleanup from TCEQ, which they allege is moving too slowly. While that is unlikely, the complaint underscores the desire of residents and environmental groups to make sure the cleanup is done properly.

What Frisco residents want is what any resident of any community wants — assurances that land that could house levels of lead, cadmium and arsenic in excess of state benchmarks will be cleaned up. The best way to do that is for Frisco to make sure residents know what’s going on — even steps the city might think are minor and procedural. And if subsequent testing definitively links the broader contamination to Exide, then Frisco has to make sure the battery company, now in bankruptcy proceedings, will pay for the cleanup.

More than a year has passed since Exide and Frisco struck a landmark deal to shutter the battery recycler, a major step toward Frisco reclaiming industrial land for a cleaner environment and recreational purposes. Now Frisco must make sure that the area is free of potentially deadly contaminants and that residents are fully aware of the extent of contamination.

Frisco has an opportunity to use land for a grand community vision, but it has to deal openly and transparently with residents and make sure those responsible for the contamination clean up the mess they’ve made."