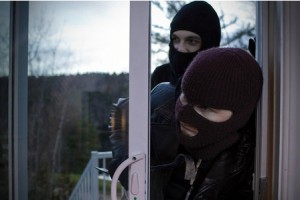 (Dallas)—Citing what they say is a blatant disregard for the consensus that’s formed after intense public debate, homeowner and environmental groups accused city officials of drafting a new gas drilling ordinance that would allow permitting of the same Trinity East sites that have already been voted down twice in the last seven months.

“It’s clear that Mary Suhm and Mayor Rawlings are still trying to get that Trinity East deal cut,” said Mountain Creek Neighborhood Alliance member Claudia Meyer. “Having failed to overcome citizen opposition to drilling in parks, flood plains and neighborhoods, not once, but twice, the City Manager and Mayor are now proposing an ordinance that pretends none of that opposition took place and allows drilling near where people live, work and play.”

On Thursday morning, city staff will begin to brief the City Plan Commission on the process of updating the current version of the gas drilling ordinance, passed in 2007. It will take at least several months for the commission to work through a full revision. City Attorneys are expected to rely exclusively on the 2011-2012 Dallas Gas Drilling Task Force recommendations as the basis of a new ordinance. These recommendations are now almost a year-and-a-half old and the source of growing controversy because of their suspected link to the secret deal negotiated between Suhm and Trinity East revealed publicly for the first time this year.

Coming almost a full year before the Mayor’s decision to try and push the Trinity East permits through, the final Task Force recommendations were never the subject of any public hearing. Instead, the fight over the Trinity East permits became a proxy public fight over the shape of a new Dallas ordinance, with residents winning denials in December and February. “If one thing is clear from the last seven months of debate, it’s that Dallas residents don’t want drilling in parks, flood plains or near people. But the very places that were rejected as inappropriate by the public and the City Plan Commission for the Trinity East sites are now the same ones being recommended by city staff,” said Zac Trahan of the Texas Campaign for the Environment.

To avoid depending on City Council “supermajorities” of 12 or more to overcome permit denials by the Plan Commission, Trahan predicted that Trinity East would seek a slight alteration for one its proposed sites to submit a new application under the resulting new, more permit-friendly rules. “If this kind of ordinance is passed, despite everything that’s happened over the last seven months, we expect Trinity East to seek permits to drill in Dallas parks and floodplains. That’s why we’re sounding the alarm now, at the beginning of this end-run. Residents won the first two times. Third time’s the charm.”

At Issue: Will the most important Dallas environmental victory in 20 years be sabotaged by City Hall?