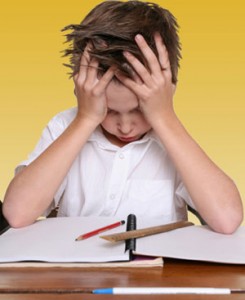 Over the course of this blog, there have been countless "Air Pollution Linked to….." headlines. Not just diseases or illness you might associate with breathing bad air like COPD, or heart disease, or strokes, but Parkinson's, immune system breakdowns, Autism and so forth – ailments that seem to be skyrocketing even as Americans as a whole receive better medical care and live longer. Almost all the time these ailments are tied to "ambient" levels of air pollution, i.e. levels you might encounter if you lived in a typical city or…downwind of a large polluter.

The latest example of this phenomenon is study from Columbia University's Center for Children's Environmental Health, linking ambient levels of a particular kind of air pollution and the risk of Attention Deficit Hyperactivity Disorder, or ADHD in young children. The air pollution in question is a familiar one to Downwinders – Polycyclic Aromatic Hydrocarbons, or PAHs, that include a variety of nasty substances, including benzo[a]pyrene. PAHs are produced by from "incomplete combustion."

Downwinders first encountered PAHs because of the long list of "Products of Incomplete Combustion" from the burning of hazardous waste in the Midlothian cement plants. But they can be produced from the burning of fossil fuels, tobacco, or the organics that might be in a gas well flare. In addition, they can also show up in the food we eat.

In the Columbia study, 233 non-smoking African-American and Dominican pregnant women and their off spring living in New York City were followed for nine years. Almost half the children started out with detectable levels of PAHs in their cord blood at birth. As the study's authors point out, this is worrisome because "during the fetal period and early childhood years, the brain is rapidly developing and vulnerable to neurotoxic insults that may manifest as adverse outcomes in childhood and adulthood."

And that's exactly what the researchers found. Prenatal exposure to PAHs in umbilical cord blood at delivery was associated with developmental delay at age 3, reduced IQ at age 5, and symptoms of anxiety/depression and attention problems at ages 6–7. By age 9, children whose mothers had higher levels of PAHs in them at birth were five times more likely to be diagnosed with ADHD than those with lesser levels.

It's important to remember that this affect was caused by exposure levels in the ambient NYC air, not particularly "dirty air" by traditional standards. Populations who live downwind of coal plants, cement plants, large gas plays, or any large, continuing source of PAHs might be expected to experience higher rates of impact because their exposure levels are higher.

And although this study focused on PAHs, the study notes that previous studies have identified "an association between ambient particulate matter (PM10) and childhood ADHD," a combustion pollutant even more common than PAHs.

Studies like these raise the same question time and again: how much of our current epidemic of childhood behavioral and developmental problems are caused by environmental factors within our control? With each successive year of research, we find links between "ambient levels" of environmental contaminants and a long list of health problems never before associated with pollution.

They also highlight the complete inadequacy of our current way of regulating pollution. As long as we're only regulating it from each source, instead of from a cumulative perspective, we're always be overdosing people with contaminants. By themselves, many different sources of air pollution can be churning out "safe" levels of things that can kill you. Combined downwind, not so much.