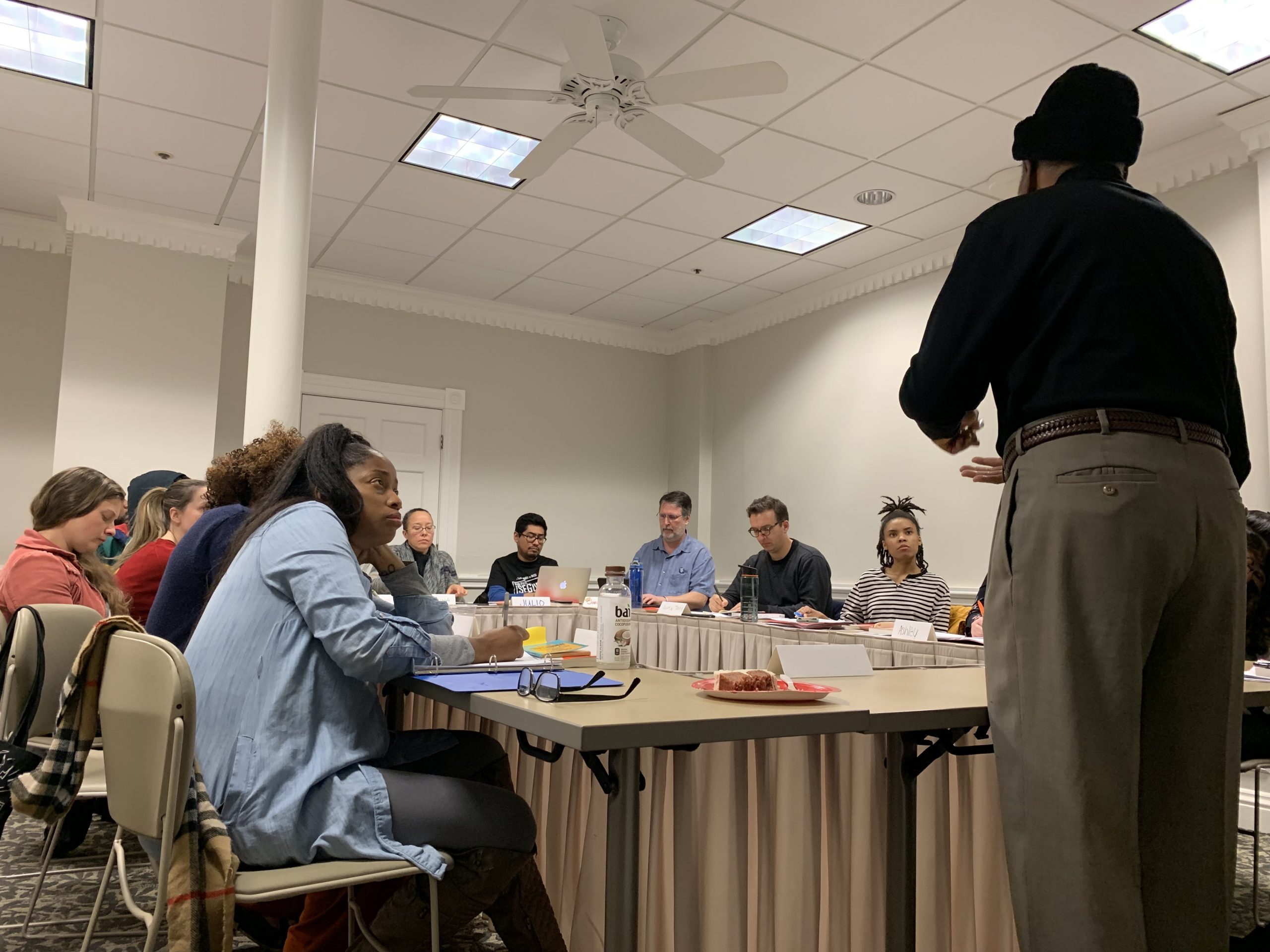 There might be no better symbol of Downwinders’ transformation from a local clean air group to Something More than our successful College of Constructive Hell-Raising.

After pausing in 2021, we’re preparing to begin a new and improved curriculum for the Class of ’22.  The application to apply is at the bottom of this description.

Unlike other seminars for political activists that examine electoral strategies or specific skills like public speaking or fundraising, the College encourages its participants to “think like an organizer.” Its sessions are a combination of the same principles taught to professional organizers at the nation’s oldest schools of community organizing and the local DFW history of effective social change as told by the people who made it.

Environmentalism is not its focus. Rather it’s a deep dive into the mechanics of how “Davids” beat “Goliaths.” 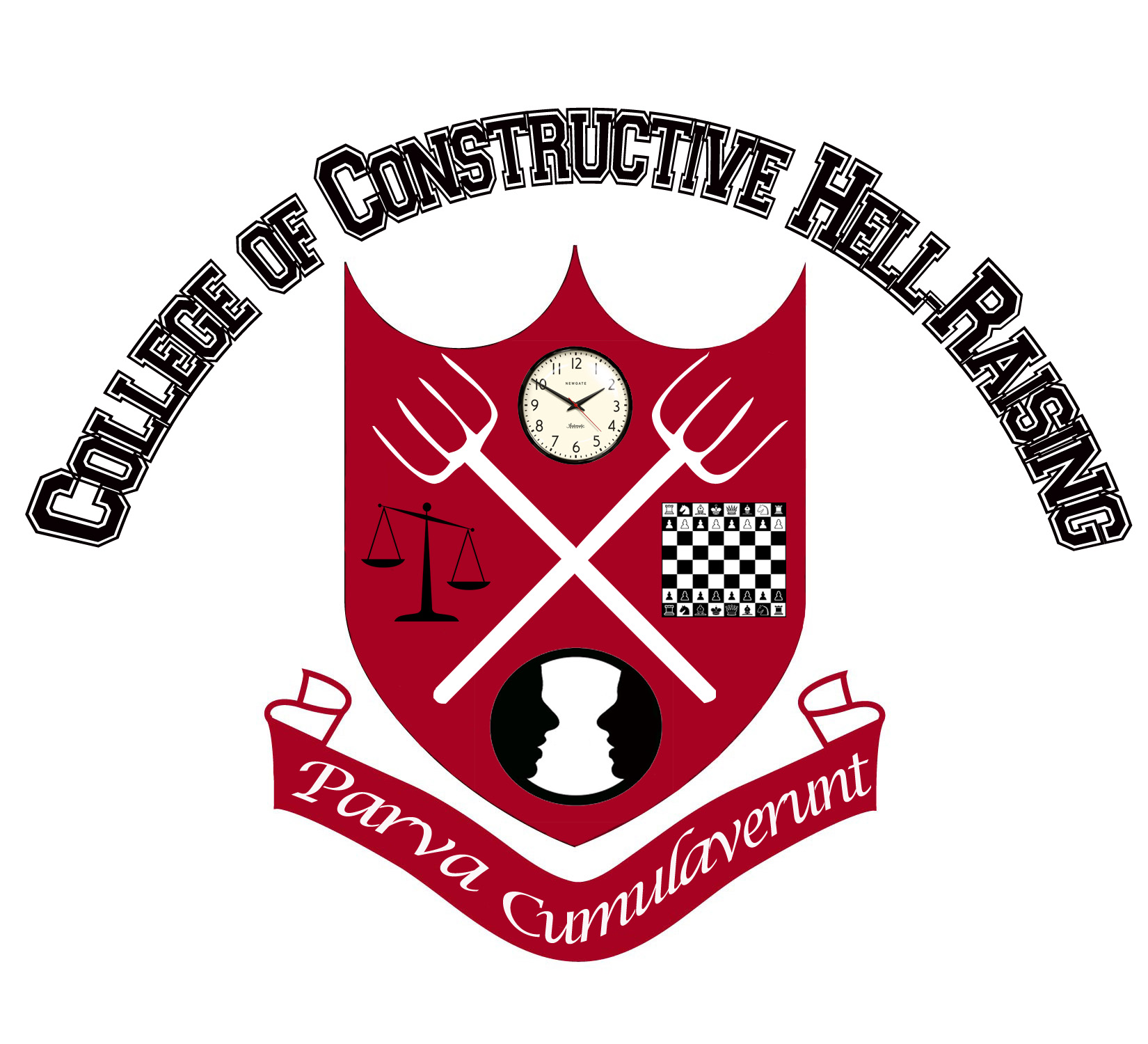 As impressive as our speaker line-up is, it’s also the diversity of students who’ve fueled the success of the class – urban aggies, animal rights and police brutality activists, peace and immigration activists, LGBT, transit rights and anti-gentrification activists.

We’ve have over 50 graduates, many of whom occupy positions of responsibility in social change groups throughout DFW. We’re growing a network of relationships that transcend single-issue silos and  connect us to larger struggles through our philosophy of how things get done.

WHEN & WHERE
Class meets every other Tuesdays from January to May 7 – 9 pm.

COST
The cost is $150. It includes two books, and lots of reading material. Some half and full scholarships are available.

EARLY REGISTRATION: Sign-up more than 90 day before class and and the cost is $90.

There are only 10 sessions. Absences are costly to you and your classmates. We understand our location makes it harder for those living and working outside metro Dallas to attend, but that’s why we start at 7 pm. Make sure you allow for DFW traffic in order to arrive on time. If you miss more than three classes, you’re welcome to keep attending classes but you will not graduate. Session One: “What is Constructive Hell-Raising?” Guest Lecturer: Luis Sepulveda, Getting the Lead out of West Dallas

Organizing Lesson: “Perception is Everything” Life-long social justice worker based in Dallas, with emphasis on Central American and immigration rights

Jim Schermbeck has been a professional community organizer in DFW since 1989 when he opened the Dallas office of the National Toxics Campaign. He’s currently Director of Downwinders at Risk.

Downwinders At Risk, Board of Trustees

Downwinders at Risk is perhaps the most successful grassroots environmental group in Texas history. It’s certainly one of the most persistent.

Founded in 1994 to stop the burning of hazardous waste in Midlothian cement plants, it broadened its mission in 2010 to include protection of DFW air quality when it won its original fight. In 2017 it turned its focus on Particulate Matter air pollution and environmental justice.

Since its founding, Downwinders has used basic community organizing strategy to win its victories. Now we share what we’ve learned with other North Texas activists who want to increase their understanding of community organizing techniques, as well as learn about DFW social justice history.

“It made me move away from thinking of myself as an activist – someone who subscribes to a particular set of beliefs or positions, but doesn’t necessarily push forward a policy or action. Now, I think of myself as someone who has the tools to translate opinions into action. Now, I’m concerned with being effective, not just being right.”

“The information and knowledge gained from the College is invaluable for anyone at any stage of outreach, political gaming, activism, or simply in business or life.”

“The College is the best way to learn about historic progressive battles in Dallas, connect with a diverse group of committed citizens, and learn how to be a pragmatic, effective organizer.”

The depth of the class, as well as the opportunities to actually discuss and learn from those “in the trenches” and behind the scenes of significant events of the past couple of decades. It was invaluable seeing the different strategies and techniques used to accomplish goals.

“…the camaraderie and connections with other local activists that, despite my extensive network, I had never met before, was immeasurably important to the work I’m currently doing and plan to do in the future.”

“The level of insight that Jim has from his years of organizing was invaluable and very well organized/structured. The resources, thoughts behind each class topic, and chance to both connect with fellow aspiring organizers and meet/network with veteran difference-makers more than met what I was hoping for this course.”

“I absolutely loved your class and feel like I still touch on so many aspects of the things we learned. Now that I work at the ACLU of Texas, I feel like your class was the most valuable training I received in prep for this work.  I’ll recommend your class  because I feel like your class offers such a diverse range of experiences, resources, and lessons. I also just found out that they did not know about Peter Johnson’s work and he alone is a reason to join your class.”