A new regional air quality network bringing 21st Century science to some of Dallas’ most polluted neighborhoods had it’s official coming out party on December 5th in the former Freedman’s community of Joppa.

A community meeting at New Zion Missionary Baptist Church sponsored by Downwinders at Risk in association with Paul Quinn College and Habitat for Humanity drew a standing room only crowd. 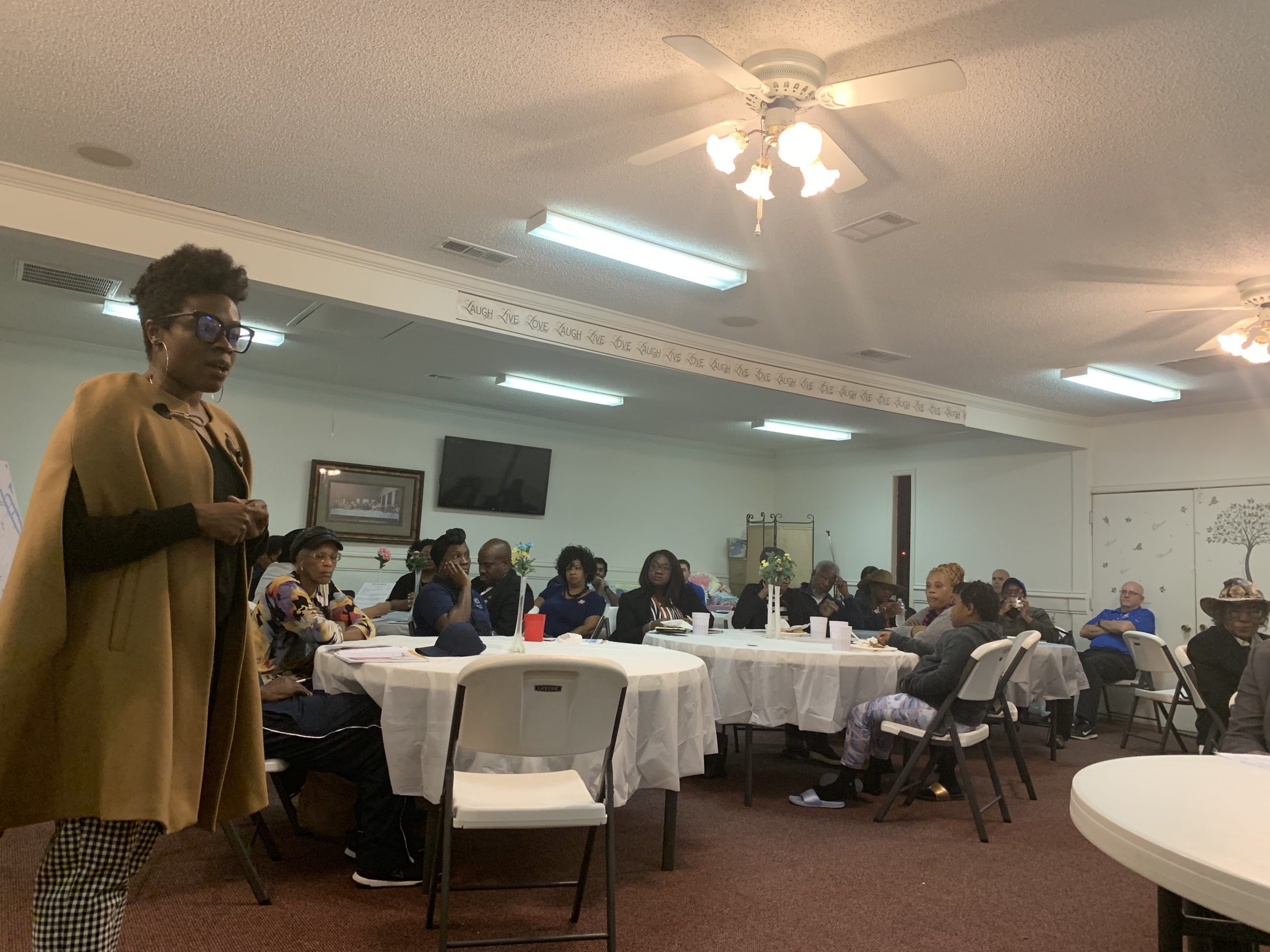 Food from Jason’s, door prizes, and the opportunity for a Parkland Hospital health screening made the meeting into a real community event.

Residents got to see a monitor up close and hear a presentation by the University of Texas at Dallas graduate students building them for distribution over the next year. 11 of the monitors are due to be installed in Joppa, with another 11 installed in near-by Southern Dallas neighborhoods by Paul Quinn College. In total, over 100 are scheduled to be distributed from Plano to Fort Worth to Midlothian in the largest non-government network of its kind in Texas.

Joppa is surrounded by multiple sources of Particulate Matter air pollution, including a concrete batch plant, an asphalt batch plant, a Union Pacific railroad switch yard, Loop 12 and the Tamko asphalt shingle factory. Because of its compact size an relatively small population, it has the highest per capita air pollution burden in Dallas.

That’s why Downwinders chose to begin building its part of the network in Joppa. Thursday’s roll out was the first attempt to find hosts for the monitors among the neighborhood’s residents. 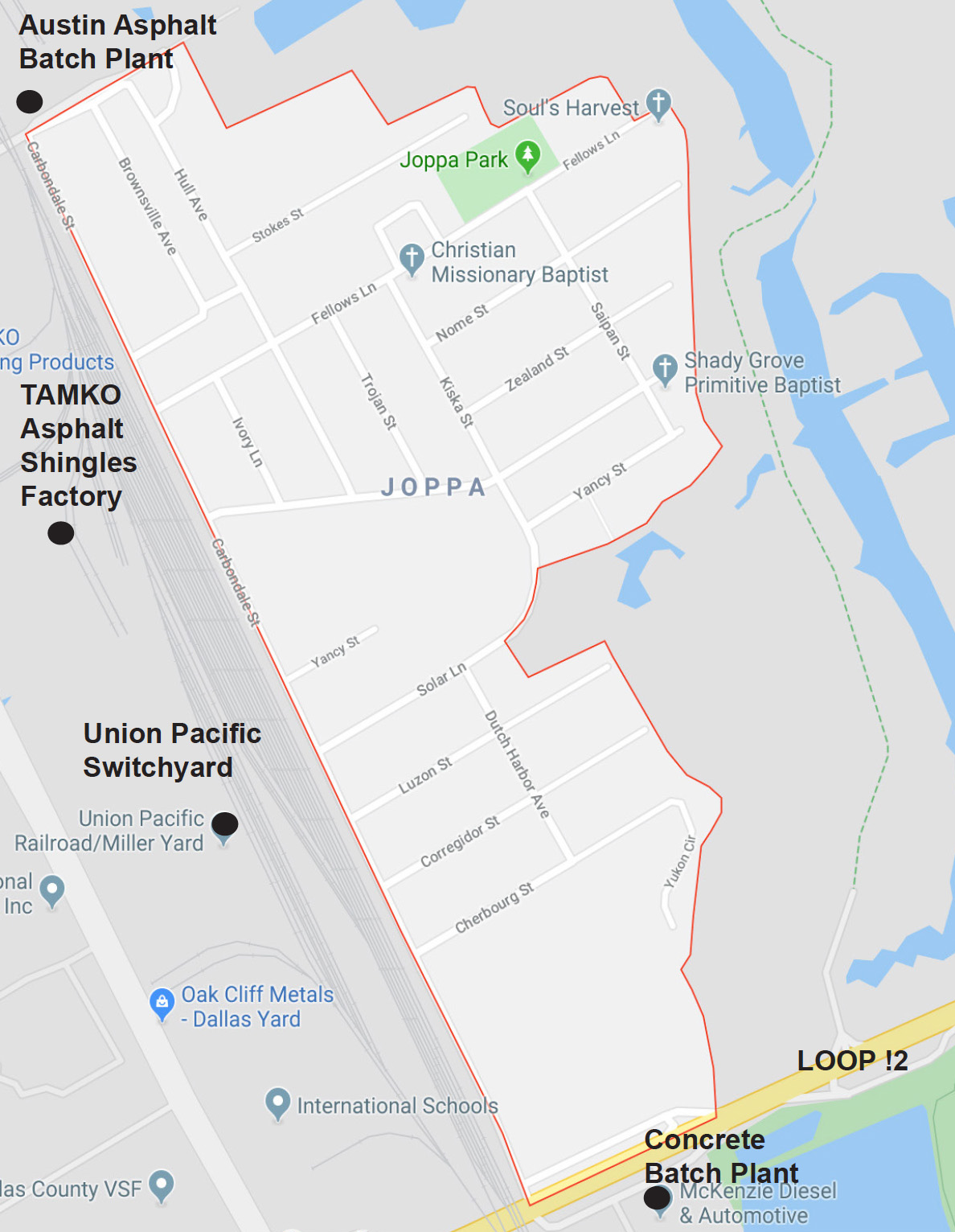 There were lots of questions and lots of enthusiasm. At least two Joppa residents didn’t need any more convincing and wanted to know how fast they could get a monitor at their house.

The answer is….soon. District 7 Council Member Adam Bazaldua is assisting the network in coordinating the electrical and internet connections we need for the “mothership” that carries the load for 10 smaller solar-powered and wireless sensors. A utility pole Downwinders bought from Oncor for that very purpose is only about 30 feet down the street road the New Zion Church where the meeting was taking place. All we need now are the connections.

Downwinders will be following up this meeting with door-to-door canvassing in Joppa and updates to everyone who signed-in. Meanwhile, we should be scheduling similar meetings in West Dallas and Midlothian after the first of the year.

After years of planning and preparation, we’re finally beginning to see the payoff of our vision. Thanks to all of our supporters for helping us achieve this first, but important milestone