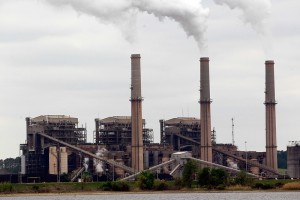 Regulators have been paying too much attention to the smog produced by Texas’ polluting coal plants, and not enough to the Sulfur Dioxide soaked Particulate Matter they emit according to a new report published last month in the Journal of the Air & Waste Management Association.

Rice University’s Daniel Cohan and his colleagues found residents downwind of coal plants would be far better off today had the state focused on cutting particle-forming sulfur dioxide emissions in addition to those that cause ozone.

“What I found eye-opening in this study is that most of the health damage is coming from particulate matter, but most of Texas’ focus on air pollution has been on ozone smog,” said Cohan. The problem is that even when particulate levels meet current standards, they are still health hazards.

According to Cohen, “Particulate matter is the deadliest of all air pollutants, and it’s not just causing deaths in the way that you might think. It’s not only by respiratory diseases, but it’s also causing increases in rates of heart attacks and strokes. These particles are small enough to pass through the alveoli and enter the bloodstream. That lets them cause damage on all aspects of our bodily systems.”