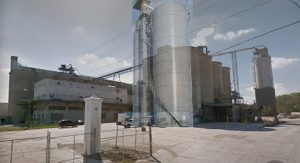 Just when you thought you had a handle on the environmental hazards plaguing West Dallas, up pops another out of left field.

But you might not expect rail cars and silos full of finely-grained toxic cement – cement made by burning hazardous waste as “fuel” in a cement plant. Cement that still has the residues of that hazardous waste inside it. Residues like lead, and arsenic and Dioxins – the stuff in Agent Orange.That was one of the unpleasant surprises during a February 1st on-site meeting between neighborhood activists and the folks who own and operate the Buzzi cement terminal on Lone Star Drive between Commerce and Singleton to discuss the construction of a huge new silo at the facility. 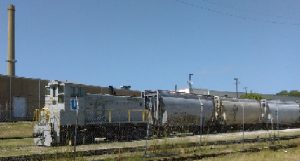 BuzziUnicemUSA is a  huge Italian-based multinational. In the US, the Company operates 7 cement manufacturing plants and 29 other distribution terminals in the United States besides the one in West Dallas.

On February 22nd, Buzzi is scheduled to come before the City of Dallas Board of Adjustment seeking a “height variance” that would allow it to build the new silo 17 stories tall – 60 feet further up than they can go now with current zoning restrictions.

With the exception of the abandoned but still-standing 1920’s garbage incinerator smokestack just a couple of blocks away on West Commerce, it would be the tallest structure in West Dallas.

The idea of yet another industrial eyesore in a neighborhood that has battled for over a century with such things was not well-received by the delegation of neighborhood residents. Nor was the news that the company didn’t have a Plan B for addressing their concerns.

But perhaps most surprising was the news that the company was importing cement from its hazardous waste burning kilns in Missouri and off-loading it in Dallas to be used in the construction boom here.

To know how offensive that might strike residents and local environmentalists, you have to know history. Lots and lots of history. 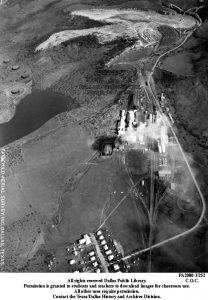 West Dallas was founded in part when a group of Galveston investors established the Trinity Portland Cement Company in 1906 and imported an entire Mexican village to build and run their cement kiln.

“Cement City” was established a couple of miles west of the then-Dallas city limits, and existed on the books up into the 1960’s. This was part of the White Establishment pattern of keeping those deemed “undesirable” – polluters and people – segregated from Dallas proper. Many West Dallas families can trace their beginnings in this country to these first cement plant workers.

Even after a growing Dallas swallowed Cement City, the West Dallas cement plant remained. In 1984, its owners announced plans to begin burning hazardous waste instead of oil or gas as a “fuel” for making its product.

But 1984 happened to be the year West Dallas residents’ fight against wholesale lead contamination from the RSR smelter was reaching its climax. They were forcing a complete closure (a complete clean-up would take much longer), and were in no mood to battle another source of toxic pollution.

At that time, the community was represented in Congress by U.S. Representative Martin Frost, a mid-cities Democrat. He was able to draft and successfully pass what became known as “The Frost Amendment” which prohibited the burning of hazardous waste in cement kilns located in any U.S. city with 500,000 or more residents. Welding the law’s language as carefully as a surgeon’s knife, Dallas was the only city affected. 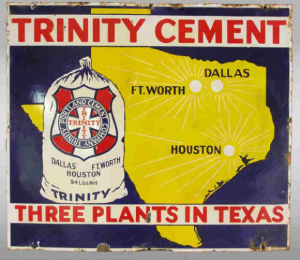 Without the prospect of becoming a hazardous waste incinerator and being able to charge for waste “fuel” instead of having to pay for gas or coal, the West Dallas cement plant closed shortly after Frost’s amendment was passed.

Two years later the idea would surface again in near-by Midlothian, the self-proclaimed “Cement Capitol of Texas” with three cement plants and only three thousand residents. This is Downwinders at Risk’s creation story. We’re here because of those Midlothian waste-burning cement plants and the multi-decade campaign citizens fought to end it.

Part of that ending was the successful  “Green Cement Campaign” which persuaded local governments to quit buying and using the cement from the dirtier waste-burners in favor of those cement plants using conventional fuels. Dallas was the first of a dozen cities and counties to pass a Green Cement procurement ordinance. Fort Worth, Plano, and Arlington passed similar ordinances. They were the reason why TXI decided to stop burning hazardous waste in 2008. For the first time in over 20 years, no toxic cement was being made or used in North Texas. Most locals probably thought they would never have to deal with the subject again.

Which makes the news of Buzzi’s importing of cement from Missouri waste-burning kilns very disappointing indeed. Apparently the company is shipping tons and tons of the stuff into Dallas for Ready-Mix to use in a host of construction projects, including many in Frisco. It’s quite possible the the new Cowboys facility there is being built with cement containing the residues of hazardous wastes, including lead. 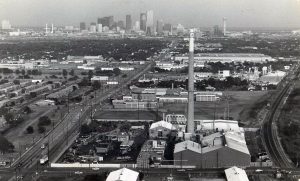 And that’s problematic because much like West Dallas, Frisco has had a long toxic dance with lead. The ancient and dilapidated Exide lead smelter was shut down in 2012 because it was violating lead air pollution standards. It’s not operating now, but the land the smelter owned is still severely contaminated and at the center of a bitter legal battle between the City and Exide. How ironic is it for Frisco to have recently rid itself of a lead smelter only to have lead waste imported into the city and disposed of under the guise of cement?

How ironic to have Dallas and Plano help stop the manufacture and use of local toxic cement, only to provide a commercial market for Missouri’s?

And for West Dallas to get rid of one of the its first environmental injustices, stop the original waste-burning wanna-be in its tracks, and still find itself a major depot for toxic cement?

Residents who want to see West Dallas continue to overcome and redress its racist past should be at the Board of Adjustment hearing at City Hall on the 22nd. Call Trena  Law @ (214)670-4206 to get details about time and speaking opportunities. Stay tuned. 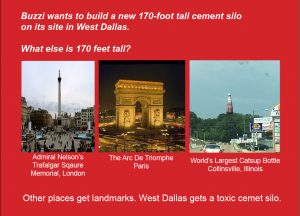