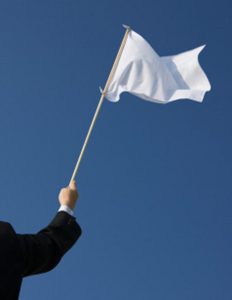 In case you missed it, last Thursday the Bluestone company pulled its permit request for a new fracking waste Injection well that was going to be sited on the western shores of Lake Arlington.

Congratulations to Liveable Arlington and everyone else who contributed to this victory. It’s always great when you can stop a bad idea in its tracks, but to stop this one, with the current Powers-That-Be, is quite remarkable.

Bluestone’s application had united a broad spectrum of allies for a Barnett Shale fight – residents, local fractivists, municipalities, and water quality groups. Fort Worth had banned such wells years prior to the passage of notorious HB40, but Bluestone acted like that ban didn’t matter. Arlington objected over its drinking water source being imperiled by the well. Bluestone shrugged its shoulders.

Here was the first challenge to the uneasy truce that settled over the state between home rule cities and Austin after HB40 took effect. And it came not from an aspiring Denton trying to protect its citizens, but from industry. And it wasn’t targeting an upstart city, but the town that industry hailed as a model of gas regulation only two years ago when HB40 passed.

Thousands of letters opposing the permit were sent in to the Railroad Commission. An army of lawyers had been hired by Forth Worth and Arlington. It became a point of contention when RRC Commissioner Ryan Sitton visited from Austin in April to attend a Stop Six community meeting and Earth Day Texas. Momentum was with the opposition as it headed into a September hearing, already postponed twice. Bluestone was, seemingly, one injection well too far: the poster boy for overreach by an industry swelled with avarice.

Which makes its sudden absence a jolt to the system. On the one hand it’s good to know that in the current political climate there’s SOMETHING industry does that goes too far, even for the Texas “bidness-friendly” regulatory establishment.

On the other, it takes the air out of the largest wave of opposition to a gas patch permit in a very long time and brings us back to the truce frozen in place in when HB40 passed. Everyone is settling back into the stifled status quo, where technology, problems, and profits can advance with time, but local regulations are forever stuck in 2015.

All that energy into opposing Bluestone, only to arrive back where we started.

Which is why now, when citizens just won a major victory,  is not the time to take our foot off the gas. It’s actually the time to set the stage for a fight in Austin in 2019.

Bluestone’s permit application proves cities must have more protection than HB40 provides. It’s still a poster boy for overreach. But so are other fights. On the same day the news was announced about Bluestone’s withdrawal, the owners of a proposed concrete crushing plant that Fort Worth Eastsiders fought off last year turned back up and filed for another try. Even though city zoning prohibits the facility from the location it wants near city parks and a school. 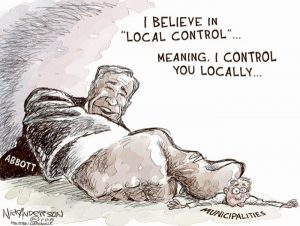 Statewide, there’s a growing backlash to Austin’s attempt to take away any and all vestiges of traditional Texas home rule local control.  What started with protecting the gas industry has now swept up everything from trees to immigration and many Texas citizens, even conservative ones, are aghast at the result.

Environmentalists and fracktivists need to take advantage of this shift in the swing of the pendulum. In 2017 all of our efforts to clean-up the gas industry begin and end at the local level, where office holders must live with the results of their decisions side-by-side with their constituents.  And yet HB40 makes any local advancement impossible. To get anywhere, to move off dead center, that law must be amended, or rescinded.

That is a multi-year, statewide effort that has to begin now if it’s to arrive in Austin in January 2019 with any impact.

To pull that off the movement will have to get over its aversion to coordinating regionally across city limits and be more proactive. So far, the fights in the Barnett have been city-by city, with no overarching alliances. Less coordination has meant less power. All one has to do is look at the anemic responses to HB40 in this year’s legislature to see how weak this strategy has made the movement.

But some hope could arrive in Austin in January 2019 in the form of an organized coalition of the self-interested promoting good-old fashioned local control, working with the victors of what could be a November 2018 mid-term “wave” election that might even reshape the Texas Legislature.

Who will be the architects of that strategy? Certainly not any of the larger national environmental groups, who’ve written Texas off and only want to collet money here, not spend it. It will probably have to be home grown with the assist of new groups like the Campaign to Defend Local Solutions that are linking-up threats to local control across the country.

It feels good for citizens to win one. And it would be nice if we could rest a while now and enjoy the victory, because they are so few and far between.

But sinking back into inaction only guarantees that another Bluestone will be showing up. If not in your backyard, then someone else’s. Now that we’ve established where the line in the sand is, it’s time to move the line forward.