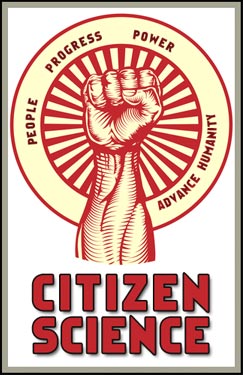 On the eve of Earth Day, clean air group Downwinders at Risk announced the purchase of two portable, EPA-calibrated ozone monitors to initiate a citizen-based monitoring campaign in Wise County this summer, where state officials refuse to measure DFW smog.

“With the purchase of these brand new high-tech monitors, which reached the market only a few months ago, we become the first group in Texas to have the capability to go out in the field and do the job the State of Texas isn’t willing to do,” said Downwinders Chair Tamera Bounds.

Downwinders newest technology will be on display at this weekend’s Earth Day Texas at Fair Park, where it’ll be a featured part of the group’s information booth.  Each monitor cost approximately $5,000, fits in the palm of your hand, and comes with EPA-certified calibration to ensure reliable readings.

Wise County became the newest member of DFW’s almost-30 year “non-attainment” area for smog, or ozone pollution, in 2012. But despite computer models showing the County having some of the highest smog levels North Texas, there’s still no smog monitor located there.

Surprisingly, EPA regulations don’t require even a single ozone monitor in every non-attainment county, and Wise County is the only one of the ten DFW non-attainment counties not to have one. Bounds and her fellow clean air activists don’t believe that’s a coincidence.

Currently the Texas Commission on Environmental Quality (TCEQ) picks the sites where smog monitors are located. Denton’s airport monitor has recorded the highest levels of smog in DFW the last few years. But because of wind direction and its large number of pollution sources, computer models predict even higher levels of smog in Wise County.

That’s important because the size and scope of local clean air plans are determined by how high or low smog readings are in North Texas. The higher the smog levels, the more cuts in pollution from coal plants, cement kilns, and gas industry facilities are required to comply with the Clean Air Act. 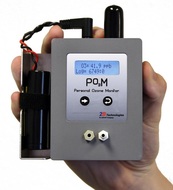 Not surprisingly, spoke persons for those industries claim such cuts aren’t needed, but the state has made the same claims despite evidence from their own computer models showing new controls could bring the area into compliance with the Clean Air Act for the first time since 1991. TCEQ also takes the position, contrary to the medical consensus, that smog isn’t bad for public health.

Bounds believes the TCEQ doesn’t want a smog monitor in Wise County precisely because it’d record even higher levels of the pollution than current monitors are picking up and trigger regulatory requirements to make bigger cuts.

“By not measuring smog in the place it’s predicted to be the worst, what we don’t know is hurting us,” she explained.

“Because TCEQ’s priority is to protect a handful of industrial polluters at the expense of seven million DFW residents we’re getting clean air plans based on one, rosier set of numbers, while the actual pollution levels are probably higher. That’s one reason why we’ve been in continual violation of the Clean air Act since 1991.”

Downwinders Director Jim Schermbeck said the two monitors, and others the group is buying, would be used both in stand-alone stationary locations within the County and by vehicle and drone -based platforms. They can be adapted to provide wireless connections and be plugged-in to larger networks of citizen-based monitors – something already being designed by a consortium of local universities, municipalities, and citizen groups co-founded by Downwinders.

On “high ozone days,” Downwinders will scramble a crew of citizen scientists to record ozone levels in Wise County a 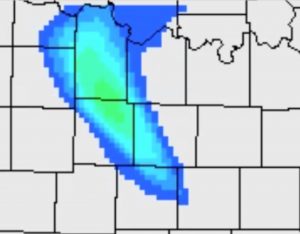 nd compare their results to those from other DFW monitors.

Besides giving the public and policymakers a more realistic view of DFW smog levels, Downwinders hope to put pressure on the EPA and the State to place one or more official ozone monitors in Wise County. Schermbeck said the group’s efforts at identifying patterns or hotspots in the County would help clean air advocates find the best place to put such a monitor.

Although the purchased monitors only arrived on the market in January, Downwinders’ Wise County Ozone Project has been over a year in planning.

It was as last year’s Earth Day Texas that Downwinders won a $3000 prize with its proposal to use small electronic air sensors combined with drone technology to provide better air pollution measurements across DFW. Wise County smog was one of the specific examples used in the presentation.

Downwinders used the Earth Day Texas funding as seed money to attract other support to fund its own North Texas CLEAN Air Force – a citizen science campaign whose first target is Wise County smog. With the purchase of the monitors, it’s believed to be the only citizens’ group in the state with the ability to independently measure ozone pollution with its own devices, much less with EPA-calibrated instruments.

Schermbeck says the group is looking to recruit both researchers who want to lend their professional help to the project, and those people who just want to help do their part in a local fight for cleaner air.“ Sadly, this is what it’s come down to in 2017 Texas: residents having to organize themselves into performing basic public health functions usually carried out by their state government.”