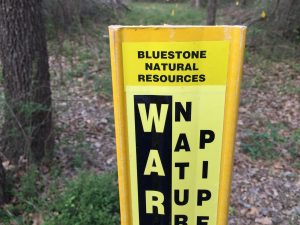 Today, we officially announced our hiring of Anthony Gonzales as a second Downwinders staffer. One of the reasons we need additional personnel is to help fight off the kinds of new challenges that a Trump presidency will encourage. Exhibit A: The Bluestone Natural Resources Corporation permit to open a disposal well for their fracking wastes on the shores of Lake Arlington, the major source of drinking water for the city of approximately 350,000 people.

Since the passage of the notorious HB 40 in 2015 by the State legislature that substituted state control over local zoning in regulating oil and gas operations within city limits, no Texas municipality or gas industry operator has challenged the uneasy status quo that was in place when the law was signed…until now.

In 2012, after rounds of concern about earthquakes and industrial contamination Fort Worth banned the siting of disposal wells within their city limits – a bold move for a municipality that openly embraced the fracking boom.

But when HB40 was passed by the State Legislature in 2015, local regulations like Cowtown’s disposal well ban had to have been in place for five years to be commercially acceptable. Bluestone applied for its permit less than six months before that five year period was up.

Last year Bluestone bought out Quicksilver and all of its Barnett Shale wells. Instead of continuing to use existing wells outside the city limits, Bluestone wants the convenience of dumping in town. Its permit requests permission to inject up to 1,250,000 gallons of fracking waste PER DAY into the well. Here’s a Channel 11 report on the controversy.

Both the cities of Fort Worth and Arlington have filed formal protests to the permit request. We need EVERY local, state, and federal elected official representing the area to do the same.

Meanwhile, you can join the chorus of opponents by simply sending an email down to Austin.

….or send your own comments opposing the well

to the Texas Railroad Commission at this address:

Don’t Delay. Make Sure They Feel the Push Back in Austin.
To keep track of developments about this disposal well permit, please check out  the FaceBook page of local environmental group Liveable Arlington.