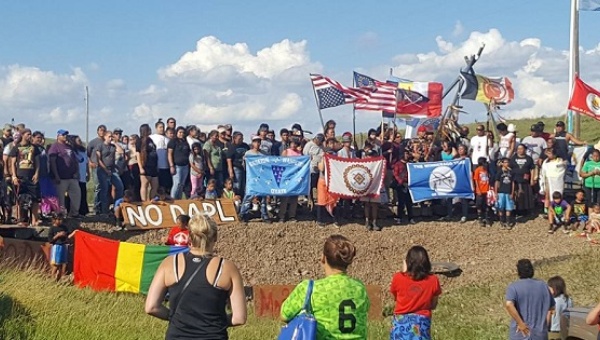 8111 WESTCHESTER in DALLAS – by the N. Dallas Tollroad (map)

The American Indian Movement of Central Texas is sponsoring a protest in support of the increasingly high profile anti- pipeline protest in the Dakota Indian Country in Dallas this Friday. The event is co-sponsored by a host of local and state environmental groups, including Downwinders at Risk.

If built, the Dakota Access pipeline (DAPL), would pass under the Missouri River…twice. The pipeline threatens to contaminate the drinking water, crops and burial grounds of the Standing Rock Sioux tribe.

You may already know Energy Transfer's CEO, Kelcy Warren. He bought the naming rights to the Dallas Deck park over Woodall Rogers that bears his son's name and is a big Jackson Browne fan. Show up and protest Before The Deluge.