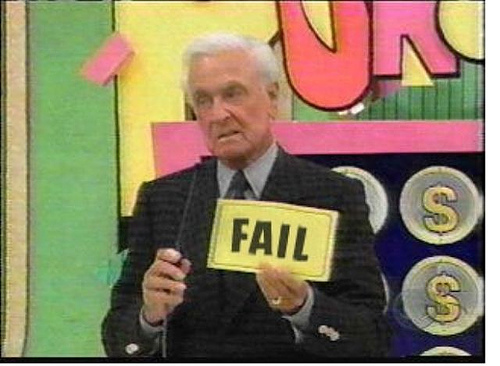 It's only July, but midway through its second year, we already know the state's air "plan" for DFW has once again failed to obtain compliance with the current 75 parts per billion ozone standard.

Last year the regional peak went from 80 to 81 ppb based on a rolling three-year average of readings from the Denton monitor. Even though we've only had one or two awful ozone weeks this year so far, those were enough to establish a 2016 Denton monitor average of 80 ppb going into what are tradtionally the smoggier months of August and September. So two years in, the state's plan can do no better than get us back to where we started in 2014 – and might do considerably worse.

Officially, the state's only hope for last-minute success is a drastic drop in smog at the Denton monitor next year in order to swing the three-year running average. Those hopes are hanging by a tailpipe with the scheduled introduction by the federal governement next summer of a new, lower-sulfur gasoline mixture for all U.S. cars and trucks. Austin's "plan," such as it is, is to ride the coattails of that change in gasoline formula in hopes its widespread use will significantly lower smog numbers thoughout DFW.

EPA agrees with Texas that they'll be a decline in vehicle-generated smog due to the new gas mix. However, it disagrees that it alone will be able to bring DFW into compliance with the Clean Air Act by the end of ozone season in 2017. At this point, the Denton monitor would have to have a 2017 fourth-highest reading of 64 ppb or lower to come in at a running average of 75 ppb. Not impossible, but it requires an unprecedented 10-11 ppb annual drop from the current average, much less the higher one that August or September might deliver.

The state can keep saying the clock is still ticking on their plan, but the numbers are already in, and they aren't cooperating.

This kind of math is the reason why Downwinders, the Sierra Club and other groups are requesting EPA to reject the state plan that now has arrived at its doorstep. It's the reason both Dallas County and the City of Dallas passed resolutions requesting the same, and the reason why both Congresswoman Eddie Bernice Johnson and Congressman Marc Veasey wrote a letter directly to EPA asking that the agency step in and do the job the state will not do.

Rejection of the bad state plan is the necessary first step in setting the stage for a more comprehensive EPA plan – one that would include all the large sources of smog pollution affecting DFW that have been untouched by state air plans over the last decade: like the oil and gas industry, the Midlothian cement kilns, and the East Texas coal plants.

We're tired of failure. We've experienced 25 years of it. We're experiencing it again this year. If you're tired of dirty air too, please contact us about how your city and county can pass a resolution asking the EPA to reject the state's plan and start writing one that will actually work.