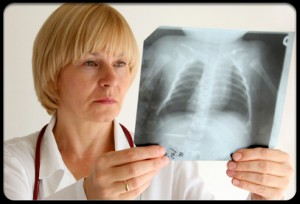 Texas physicians have told the EPA to reject the State of Texas's "do nothing" air plan for DFW, greatly enhancing support for more real cuts in regional air pollution.

On May 2nd at its annual state convention, the Texas Medical Association passed Resolution 309 originating with Dallas County doctors, stating,

"That TMA reject the Texas Commission on Environmental Quality's (TCEQ's) 2015 State Implementation Plan (SIP) report and advocate for development of a new SIP report that conforms to the scientific, peer reviewed modeling methods developed by UT Southwestern and University of North Texas experts.

TMA advocates for implementing reasonably available control measures
at the state level capable of meeting national ozone standards, based on the UTSW and UNT validated models.

Although replete with regulatory references, the intent of the resolution is to get the EPA to officially "disapprove" of the current state's anti-smog plan and substitute one that requires "reasonably available" control technologies like advanced air pollution controls on the Midlothian cement plants the East Texas coal plants, and oil and gas facilities. So far, Texas has refused to even consider cuts at these major sources.

1. Send an Email to both the Regional EPA Administrator in Dallas, and the National Administrator in Washington DC, requesting they disapprove the state's air plan because it ignores cuts from major polluters.

2. Add your name to the Change.org petition to EPA to reject the state's air plan for DFW in favor of on of their own.

Dallas physicians have been leading the fight for cleaner air within their own organizations for years. Their leadership has a sophisticated understanding of the politics surrounding the issue. They had a strong and articulate presence at the Arlington public hearing for the state plan in January.

One key reason for this outcome relates to the State of Texas' 2011 plan for DFW that failed to require new control measures on any major pollution sources, while predicting that the region would see historically low ozone levels. As a result, it became the first state plan for DFW to result in higher ozone levels.

Now the TCEQ has drafted a new plan to try to achieve DFW's compliance with the 2008 ozone standard of 75 ppb. However, once again TCEQ staff has announced that it sees no need to require new control measures on any major pollution sources, even while the Commission's own computer air modeling shows that DFW will remain above the 75 ppb standard by the 2018 deadline.

With action on this issue, we will be presenting our newly sworn-in colleagues – and ourselves – the opportunity to see that a new State Implementation Plan for DFW can produce cleaner air for seven million of our fellow citizens and patients who desperately need relief from more than two decades of noncompliance. We can and should lead in this very practical and real issue that continues to threaten the health of our community."

Dr. Robert Haley, the staff epidemiologist at UT Southwestern in Dallas, is directing a study on the public health impacts of reducing smog in DFW. It's expected to be released in tandem in August with the results from Downwinders at Risk's own Ozone Modeling Project (these are the studies referenced in the TMA's resolution).

Support from the local medical community is critical for the success of our campaign to convince EPA to replace the state's air plan for DFW with one of its own.

Dallas docs are doing their part. Please do yours and let the EPA know there are DFW residents who want the federal government to enforce the Clean Air Act when the State of Texas won't. Send an email to EPA and add your name to the online petition.