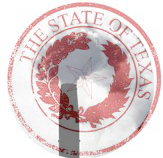 It's not news to anyone that the current Texas state government is "polluter-friendly." For proof, just look at the list of new legislation passed in Austin during the last five months.

But there's "friendly," and then there's pandering. And right now, we have a state government that's pandering to polluters to the point of letting them write their own permits in order to subvert federal law and the requirement of public hearings.

Maybe some of you saw the articles last week concerning the discovery of emails between coal plant operators and the Texas Commission on Environmental Quality, and the ensuing petition from environmental groups, including Downwinders at Risk, to prompt EPA action.

Thanks to the Project for Environmental Integrity, we have a whole library of correspondence that proves industry and state regulators were meeting behind closed doors with the goal of colluding on language that could avoid federal oversight of huge new releases of pollution at 19 coal-fired power plants across Texas, including all of those that directly impact air quality in Dallas-Fort Worth.

At the heart of the controversy is a term DFW residents might already be familiar with – a State Implementation Plan, or SIP.  These are Austin-created plans designed to address air pollution problems identified by EPA under the Clean Air Act. Since 1991, DFW has required one SIP after another for its smog, or ozone air pollution problems.

This time, the EPA required a SIP from Texas to address a type of pollution called Particulate Matter (PM) – really tiny soot particles that have been linked to a wide variety of health problems.

This state plan for Particulate Matter was supposed to include strict limits on the amount of soot emitted from industrial sources – like coal plants – so that the state could meet standards under federal law. Instead, between 2011 and 2013 the Texas Commission on Environmental Quality gave 19 coal plants revised air permits that allowed them to exceed that limit during their startup, shutdown, and maintenance activities for up to or six weeks per year. That's important because emissions are often higher during those periods because plant efficiency is reduced and pollution controls are less effective.

The TCEQ changes meant the release of thousands of tons of additional soot than federal standards allow. In one case, a permit change in 2013 authorized two NRG coal-burning plants in Limestone County, directly south and upwind of Dallas, to emit 7,616 pounds of particulates per hour during maintenance, startup and shutdown. Before the change the plants' maximum was 256 pounds per hour. That's a nearly 3,000% increase.

Each additional ton of particulates results in about $1.2 million in public health costs, according to an EPA estimate for the Dallas-Fort Worth area.

The 19 power plants in question are already responsible for 30 percent of all of the particulate pollution produced by large industrial sources in the state, as well as 31 percent of the nitrogen oxides (which contribute to smog) and 78 percent of the sulfur dioxide (which causes acid rain).  They're owned by American Electric Power, Luminant, NRG Energy, San Antonio Public Service Board, San Miguel Electric Cooperative, and Texas Municipal Power Agency.

In February, the Integrity Project requested emails, correspondence and permit documents from the TCEQ under the Texas Public Information Act. The request sought records about permits governing power plant emissions during plant maintenance, startups and shutdowns for 2010-12, specifically focusing on communications between the state agency and the utility operators of the plants.

That correspondence indicates that TCEQ used new permit language specifically supplied by the electric companies to avoid new oversight by the EPA and the public.

On October 25, 2010, and other dates, the Association of Electric Companies of Texas sent TCEQ proposed language for the revised permits that created exemptions from the federal limits during the startup, shutdown and maintenance of power plants. TCEQ then incorporated the industry’s language – verbatim – into the final text of the permits.   In the copied text, the state allows utilities to design their own emission limits, define “startup,”  “shutdown,” and “maintenance” virtually any way they want, and switch monitoring options in a way that makes it impossible to determine compliance. The combined effect of these changes was to make the state’s new so-called “limits” for the power plants meaningless.

That part of the collusion between the state and industry stinks, but is perfectly legal. What wasn't legal was their plan to create a loophole to exempt the new tons of soot emitted by the coal plants from Clean Air Act pollution limits that would trigger EPA approval and public review.

The extent of that plan is made repeatedly clear. An email from Sean O’Brien, a technical specialist in the Air Permits Division at TCEQ, to other employees at the TCEQ shows the state was aware that EPA’s approval would normally be necessary in such a situation:

“It is not sufficient to say that the emissions are not new to avoid a federal new source review (NSR). You may treat the authorization of maintenance, start-up, and shutdown (MSS) at your site as a project and determine federal NSR applicability as follows.”

And then the helpful O'Brien outlines how the TCEQ and companies would pre-empt EPA oversight.

If TCEQ had sought EPA approval to relax the state’s implementation plan and demonstrated it could still meet federal particulate matter standards, then the EPA might have granted Texas a variance. In that case, the state would be free from potential federal enforcement, though citizen groups could still sue.

But TCEQ never submitted its proposed changes to the EPA. Nor did the state provide adequate public review of the new, looser regulations.

The petitioners have "a good case" for their complaint, said Thomas McGarity, a University of Texas administrative and environmental law professor who reporters contacted for an independent legal opinion.

"What Texas has done requires the approval of EPA, or else the [coal plants] may be subject to enforcement action by the EPA," said Craig Oren, a law professor at Rutgers University-Camden who has worked on Clean Air Act issues since 1979.

Joining the Environmental Integrity Project in petitioning the EPA for action were Air Alliance Houston, Downwinders at Risk, Environment Texas, Neighbors for Neighbors, Public Citizen, the Sustainable Energy and Economic Development Coalition and Texas Campaign for the Environment. The groups are asking EPA to re-open the revised permits and require Texas to eliminate the exemptions from federal pollution limits, allowing public input during the process.  If Texas fails to comply within two years, the coalition is urging EPA to impose a federal air pollution control plan for the state.

"While EPA believes states are best suited to run federally approved environmental programs, we have an obligation to fellow Texans to act in the rare case that the state regulatory agency cannot because of new state laws,” said David Gray, a spokesman for the EPA regional office in Dallas. “It takes a lot of work and time for states to receive EPA approval and no business benefits when delegation is threatened.”

The State of Texas is letting polluters write their own permits to avoid public hearings and federal law.

When federal civil rights laws were being subverted, US Marshals showed up to enforce them. Where is the federal government when Texas is flagrantly violating environmental laws?

Since former Regional Director, and the polluters' nemesis, Al Armendariz' untimely departure in 2011, the Region 6 EPA office has been under orders to keep a low profile and "get along to go along" with Texas state government.

They've succeeded in this goal all too well, remaining silent as the state of Texas has attempted to undermine and sabotage one federal initiative after another.

Instead of Alabama Segregationist Governor George Wallace standing in the school house door keeping black children out, you have Gregg Abbott laughing at the courthouse door as he files yet another frivolous lawsuit to challenge EPA's authority, or ignores another federal mandate.  As the state's attorney general, Abbott sued the EPA 19 times from 2010-14. And when it's not suing the EPA, Texas government bureaucracies are working overtime to frustrate its goals. This episode involving the coal plants is only the latest and one of the more blatant examples of the way Austin works now.

It's time for EPA to stop taking the abuse from the state of Texas, and, if they must, withdraw the responsibilities for carrying out environmental laws like the Clean Air Act that have been awarded to the state when it was believed the state was acting in good faith. It is not. The feds didn't leave enforcement of civil rights laws in the hands of Alabama officials, and they shouldn't leave enforcement of the Clean Air Act up to Texas.