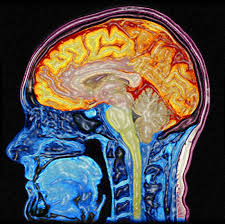 Supporters who saw us out and about for Earth Day events could come by the table and pick up a new flyer of ours that cites at least four recent studies linking dirty air to Autism and other developmental disorders in children.

Now comes a study that suggests the other end of the age spectrum is also adversely affected by the same phenomenon – that the brains of middle aged and older adults are subject to accelerated aging from exposure to "normal levels" of particulate matter (PM) air pollution in cities.

Writing in the May issue of "Stroke," researchers with the Cardiovascular Epidemiology Research Unit of Beth Israel Deaconess Medical Center in Boston described the results of a long term study of more than 943 men and women at least 60 years old and free of dementia and stroke histories. Those subjects living near "major roads" and exposed to "normal pollution levels" suffered cerebral shrinkage, ageing their brains by the equivalent of one year, and increasing their dementia risk. Small increases in particulate matter (PM) air pollution – an increase of only two microgram per cubic meter of air was sufficient to increase the risks.

"Exposure to elevated levels of PM2.5 was associated with smaller total cerebral brain volume, a marker of age-associated brain atrophy, and with higher odds of covert brain infarcts. These findings suggest that air pollution is associated with insidious effects on structural brain aging even in dementia- and stroke-free persons. "

Researchers said the exact causality was unclear, but that it might be that inflammation as a result of the deposit of fine particles in the lungs resulted in the increase in risk.

PM pollution is microscopic particles of soot – 1000th of the width of a human hair  – emitted by combustion of all types: gasoline and diesel engines in vehicles, as well as boilers and furnaces in cement kilns, power plants and flares. PM 2. 5 refers to the size of the particle – at least 2.5 microns or smaller. The larger the road, the more traffic, the more internal combustion engines pass by releasing their PM pollution. Other studies – including the ones on our Autism flyers – have found a relationship between proximity to roads and brain disorders in children.

Professor of Neurology Dr Sudha Seshadri at Boston University School of Medicine said: "On average participants who lived in more polluted areas had the brain volume of someone a year older than participants who lived in less polluted areas." They also had a 46 per cent higher risk of silent strokes. "This is concerning since we know that silent strokes increase the risk of overt strokes and of developing dementia, walking problems and depression.”

Last year researchers suggested that commuters could cut their air pollution intake in half simply by using the side streets in major cities rather than main roads.

Dr Rossa Brugha, a paediatrician and pollution researcher at Queen Mary, University of London, said walkers and runners can make small adjustments to their route which could have major benefits on their health.

With the growing body of evidence that proximity to heavy traffic is detrimental to public health, the siting of new housing and schools should also be impacted by urban planners and developers, as well as give momentum to those who want to re-examine the need for large highway projects in densely-populated areas.