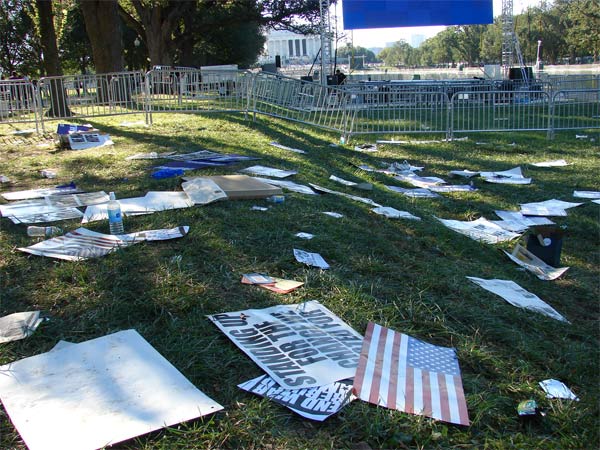 In Austin, the HB 40 hearing started late and continued far into the night. In Mansfield, the third reading of the new ordinance with the old setbacks was following the script. Between the apocalyptic tweets emanating from the one and the dismal Kabuki theater playing out in the other, it was hard to tell. Was this the beginning of the end, or the end of the beginning?

If the Texas legislature has its way, the long hard two-year slog from outraged neighborhood to fourth (or was it the fifth?) revision of the city's gas drilling ordinance that concluded at the Mansfield City Hall Monday night might be the last Old School Home Rule fracking fight the Barnett Shale sees for some time. But unlike, Southlake, or DISH, or Dallas, this one didn't end with unqualified victory for the residents.

Timing is everything, and the Mansfield fight was peaking at exactly the wrong time with the wrong group of timid elected officials. Before Denton, and the Banshee legislative session of 2015, it might have been possible to get longer setbacks. But now, it was out of the question. The City Council was unanimous in its reluctance to piss off Austin any further by extending a buffer zone past 600 feet, or pass something for the hell of it that would be repealed in a matter of months anyway. There was way more discussion and debate over a proposed assisted-living facility than the proximity of another 300 gas wells to 50,000 people.

For almost two months, the industry had been pushing back hard, with telephone campaigns, Astroturf websites, and industry reps parachuting into nearly every Chamber of Commerce and business association meeting. Trade associations pumped money into the fight like their collective lives depended on it. And maybe they did. Mansfield is in Tarrant County, the Belly of the Barnett Shale Beast, and in territory it thought it had bought and paid for years ago. The very idea!

Which makes what Mansfield Gas Well Awareness did over the last year that much more remarkable. It clawed its way into the city council's agenda after being blown off with promises they'd be "no fracking on Sundays." It kept the issue in front of City Hall's face until the council agreed to revise the ordinance again. It did that with a handful of people, lots of determination, and no money. In Ed Ireland's backyard, they took on the gas industry and kept getting further down the field.

And so while Monday was a disappointment compared to the goals of the original campaign, in many respects, it was also a draw. Despite all the money spent by industry, supporters of a stronger ordinance with longer setbacks turned out in equal number to the line-up of realtors and royalties owners who liked things just the way they are.

Mansfield kept is archaic 600 foot setback, a relic from 2008. On the other hand, for the first time anyone could recall, there was a provision added that requires the notification to potential homebuyers within 300 feet that they're moving into close proximity to a gas well. That's important. An educated homebuyer is the movement's best friend. Other cities should expand on this concept of notification – especially since it may be one of the only ways left soon to influence the industry at the local level. Call it the Right-to-Know Who Your Industrial Neighbors Are.

And while the city council voted against them, one of the rank and file of Mansfield Gas Well Awareness is now running for council. Tamera Bounds declared her candidacy in late February. She's taking on long, long, long time incumbent Cory Hoffman. A victory by Bounds would send a strong message to City Hall that the reactive form of regulation it now favors isn't proactive enough.

One of the most interesting things about Monday night was the rhetoric deployed by either side. Because Mansfield has over 200 wells already, there was no shortage of anecdotal information about wells gone wrong or what living next door to one was really like. Many of the supporters of longer setbacks talked about their own first-hand experience. The ones who didn't do that spoke with first hand knowledge of reading specific studies and the survey of peer-reviewed, journal-published scientific literature now available. It was all very fact-based. Here's what I saw/smelled/breathed. Here's what I read.

What was funny was that the canned speeches from industry accused them of using scare tactics (Science! Experience!) and importing ideas from Russia (seemingly unaware that the former Soviet Union is now in vying with Texas for world headquarters of crony capitalism). Presentations by the proponents of the status quo talked about how sacred property rights are in Texas and America, how everything is awesome with the city, and how everything would be terribly un-awesome if there wasn't gas drilling. But they never cited one study, never mentioned a statistic, or related how research was proving them right about the safety of proximity to wells. Any objective literary comparison would find all the scare tactics and exaggerated rhetoric unmoored to any scientific facts coming from the side that was accusing their opponents of using this very approach. Ironic, huh?

You'll also be glad to know that, according to Mr. Ireland, the gas industry produces "no air pollution,"  so those numbers (97 tons per DAY of Volatile Organic Compounds and Nitrogen Oxides) in the last state air plan that placed gas facilities as the single largest non-mobile source of smog-causing pollution in DFW were just, you know, numbers – as opposed to his more authoritative assertions). Lucky for Ireland the industry still has so much money to spread around to sell its case. If it's ever left up to his intellect alone, it's in big trouble.

At the conclusion, you kept asking yourself if that's all they had? Boiler plate "you're a socialist" dribble combined with climate change-like denial of the scientific research. It's all flag and dollar waving. But in March of 2015, in Mansfield, Tarrant County, Texas, it was enough to deny another 900 feet of protection to residents.

Back in Austin, Energy Resources Chairman Drew Darby's own bill drew 100 plus speakers, many from Denton and other cities that had already had their fights. The Texas Municipal League said over 300 Texas cities wouldn't be able to enforce their own gas drilling regulations if HB 40 became law. No new ordinances would be allowed.

In the past, you wouldn't expect such an extreme piece of legislation to pass, except it's 2015, the two-thirds rule, and Wendy Davis, are gone in the Senate, even some "liberal" Democrats are being enticed by industry money, there are no such things as moderate Republicans anymore, and oh, yeah, Denton. Has there been another single college town since Berkeley that set off more over-the-top reactionary alarms?

And so it's possible that the final unsatisfying unanimous vote in Mansfield on Monday night could be the conclusion to Texas' last local fracking fight. Beginning of the end, or end of the beginning?