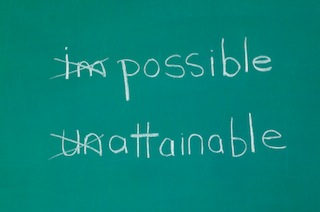 Something strange happened on the way to losing the battle in order to win the war. The battle was won. At least for now.

It wasn't a permit denial. It wasn't a ban. It wasn't even a new ordinance. But the Mansfield Gas Well Awareness group pulled off their first significant victory at the council level Monday night when a third and final reading of a new 34 multi-well pad site, plus compressor, plus storage tanks, plus dehydrators, plus re-boilers, plus separators, gas-industrial-complex that seemed like a done deal only 30 days ago was unanimously tabled until new rules for drilling in the city are put in place later this year.

Edge Resources' original Special Use Permit, acquired in 2008 (before the passage of the current gas drilling ordinance with its 600-foot setbacks), and hosting 2 current wells, had expired over a year ago. Yet instead of going back through the Planning and Zoning Commission and applying for a new SUP, the company pursued an unusual side deal with the city council that would allow "renewal" of the site permit with the two wells, plus permission for an additional 34 wells, a compressor, and a lot of other facilities only 3-400 feet from current homes –  in exchange for setting-aside some acreage next to this gasland extravaganza for "parkland." How could the council refuse?

Moreover, unpublicized negotiations for this swap were going on even as the council met on December 3rd to begin "an open dialogue" with the MGWA group at a special workshop to initiate a new gas drilling ordinance, including a request for a new setback of at least 1500 feet. No mention was made that night by any city official that the massive Edge Resources site reauthorization that undermined that request was in play. The first time residents learned about it was when it appeared on the council agenda the very next day for a "first reading,"re: approval.

Two weeks ago, the permit came up for a "second reading" and residents rallied. This time there was some news coverage and new opponents showed up at City Hall to speak against the renewal while a new ordinance was being considered. With gas prices at historic lows, the question was repeatedly asked, "What's the rush?"

In the glare of the spotlight for the first time, council members now sought new assurances from the company that the nice slide show about site development they were seeing actually represented what the city would be getting. Instead, all the company would say was that that level of industry best practices "could be deployed." With emissions from the proposed wells estimated at up to 13 tons per year alone, this was of more than passing interest to residents. City council members might have thought they heard real commitments, or maybe just pretended to hear them. Either way, the stage was set for final approval at the third reading at the end of the month.

Even though they were protesting the permit, Mansfield group members were so used to seeing their concerns discounted by an unresponsive council that they had no hope of actually stopping or delaying it. Still, they trudged on, wanting to turn this fight into an example of what was wrong with the current ordinance and get some mileage out of certain defeat. Lose the battle, win the war. They passed out fliers in surrounding neighborhoods, they met with individual council members, they sent out social media alerts. They put themselves in a position to be lucky, just in case.

On Monday night, more allies of the group came to City Hall for the third and final reading of the gas permit, along with opponents of a new medical waste transfer and sterilization facility that wants to set up in town. Now the council had a new problem. On the one hand it had a history of punting to the state over health concerns about drilling. Austin had the "experts" and the experts had claimed it was OK. On the other hand, those same Austin experts had now claimed the very, very unpopular newly-proposed medical waste facility was hunky-dory as well.  What to do?

Getting tough in front of the crowd, the Council pressed Edge for promises it would abide by all provisions of a new gas ordinance save any new setback requirements (since the new wells would be even closer than the current 600 foot setback normally allows). Edge countered with a carefully and lawyerly-crafted statement that left them an out to such a promise, seemingly in contrast to what the company had committed to only two weeks earlier – but only if you weren't listening. Remember, those state-of-the-art practices "could be" deployed – not necessarily had to be.

It became painfully clear why the city needs all operators and all wells to adhere to a routine SUP process instead of working side deals on its own behind closed doors. Even so, last year such a permit request would have sailed through the council. This year, the organizing done by the Mansfield Gas Well Awareness Group made it harder for business as usual to take place. Much, much harder.

The Mayor and council members signaled their frustration over the lack of a clear yes or no commitment from Edge to go along with a new ordinance. After recessing into executive session and giving the company's lawyers almost an hour to work up the nerve to approve conditional acceptance, the council came back and still confronted the same kind of wiggle-room language they were trying to avoid. As a result, the "done deal" got undone at the last possible minute, and the council voted unanimously to table the third and final reading of the permit renewal until after adoption of a new gas drilling ordinance. For the first time in two years, Mansfield residents got what they had asked for when it came to a gas well permit.

It's only a delay. And the stubbornness of Edge's lawyers is as responsible as any thing else for the win. And the really big war over a new ordinance is about to start with most of the council seemingly unwilling to retreat from a "Fort Worth model" 600-foot setback. But better to start such a war with an unexpected victory in battle than a routine loss, plus a lesson about what can be accomplished if you work hard enough to be lucky.