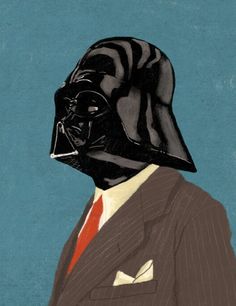 Rick Perry's minions at the Texas Commission on Environmental Quality (TCEQ) are drafting a new anti-smog plan for DFW this summer and fall. The only access DFW residents have to how it's being done and why are through periodical regional air quality meetings hosted by the Council of Governments in Arlington. At these meetings staff from TCEQ make presentations on why the air in DFW is getting so much better and why no new pollution control measures are needed to reach smog standards required by the Clean Air Act – despite the fact that the state is 0 for 5 in plans to attain compliance with those standards. In fact, the last such plan from Austin actually resulted in slightly higher levels of smog.

Tomorrow, Tuesday August 12th there will be another such regional air quality meeting. It's going on from 10 am to 12 noon at the Council of Government headquarters in Arlington at 616 Six Flags Road, right across from the amusement park (insert your own joke here). Of course, it's during business hours – you didn't think they're going to make it easy for the public to attend, did you?

Despite that, beginning in April more and more local residents have been showing up at these meetings to express their concern at the lack of progress in bringing safe and legal air to DFW. One of the reasons is that these meetings are the only forum available to citizens to question TCEQ staff in person – and then ask follow-up questions if you don't like the first answer. It's their only opportunity to be a kind of clean air Perry Mason and because it's a public meeting and everyone's looking at them, TCEQ staff have to at least make an attempt to answer those questions.

Things reached a high point at the last meeting in June when Downwinders and the Sierra Club were allowed to make their own presentations about why the state is falling down on its job. A roomful of concerned citizens and elected officials saw the case against the state was self-evident – all we had to do was quote from its own past press releases and memos to make our point.

Tomorrow's meeting is the first chance the state will have to give a rebuttal to those citizen group presentations. Staff will present all the reasons why we don't need new air pollution controls on the Midlothian cement plants, the gas industry, or the East Texas coal plants, and why another do-nothing anti-smog plan from Austin will be just dandy.

And so, if between inhaler bursts you ever wanted to quiz officials about Rick Perry's air pollution strategies, tomorrow's meeting is going to be your chance.

You may think you're not qualified, but you'd be wrong. Simple common sense questions are often the hardest ones for the TCEQ staff to answer, because you know, they're based on common sense, and so many of their policies aren't.

This is how citizens uncovered the fact that TCEQ was hiding oil and gas pollution in other categories not named oil and gas. This is how we got the TCEQ to release maps of where all the gas industry compressors in DFW are after first explaining there were no such maps. And so on.

All that you need is a curious mind. They're not prepared for those.

Tomorrow, 10 to 12 noon is your opportunity to show your concern about breathing bad air, your desire to see major industrial sources of pollution better controlled, and why you want these anti-smog plans to do more. Be there or keep breathing bad air.