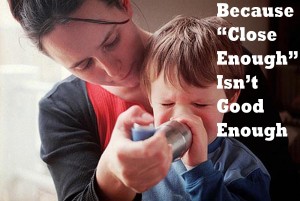 It's been a pretty nice summer in DFW so far hasn't it? Wetter and cooler than usual. More wind. According to the stats, this past month was the first June without any 100 degree days in seven years or so. Consequently, it's also the first June in forever that hasn't seen any "Orange" or "Red" ozone alert days. If this keeps up, DFW may actually come into compliance with the 1997 ozone standard of 85 parts per billion (ppb) over an 8-hour time period – a first as well.

But unless you think "global weirding" is going to produce these kinds of summers routinely from here on out, there's little cause for comfort. This year's cleaner air is a direct result of cooler weather. Substitute the hellish summer of 2011 for this mild one and you'd be seeing ozone alerts filling up your e-mail box. As a result, it's not out of the question we could meet the standard this year, but flunk it in 2015 if the weather reverts back to "normal."

In addition, while we may come in under the 1987 smog standard for the first time, the public health goal posts have moved with better science. In 2008, the Bush Administration lowered the acceptable level of smog to 75 ppb. That's the goal of the clean air plan that Downwinders and other groups are fighting the state over right now, saying it's not adequate to even get to that 75 ppb level.

Texas Commission on Environmental Quality staff say we don't need to implement any major pollution control measures on cement kilns, power plants, or natural gas facilities to reach this 75 ppb goal by the deadline in 2018. All we have to do is sit back and let a new federal gasoline standard hit the market in 2017 and we'll all be fine – well, except for those millions of residents who'll be breathing-in smog greater than 75 ppb on the north and western side of the Metromess. But the TCEQ staff say we'll be "close enough." No harm, no foul say the folks from the agency where smog is not considered bad for you.

But close enough should only count in horseshoes and hand grenades, not what people breathe into their lungs. And while some of us are trying to make sure the new TCEQ plan is serious about reaching an air quality goal that's now six years old, the level of ozone considered "safe" by experts is once again going down.

In a letter to EPA Administrator Gina McCarthy last week, the Agency's own Clean Air Scientific Advisory Committee (CASAC) recommended a new smog standard of between 60 and 70 ppb, saying that there's a boatload of evidence showing that the 75 ppb level is not protective of human health, and even at 70 ppb there's significant public health harm done by bad air.

"At 70 ppb, there is substantial scientific evidence of adverse effects….including decrease in lung function, increase in respiratory symptoms, and increase in airway inflammation. Although a level of 70 ppb is more protective of public health than the current standard, it may not meet the statutory requirement to protect public health with an adequate margin of safety….our policy advice is to set the level of the standard lower than 70 ppb within a range down to 60 ppb…"

This recommendation was not unexpected. Every five years, the CASAC is legally obligated to review the scientific literature to make sure the federal ozone standard is giving adequate protection to public health. The last time it did so in 2008, the panel came to a similar conclusion to lower it somewhere between 65 and 70 ppb, but the Bush Administration ignored its own scientists and chose the higher standard instead. An Obama EPA was supposed to correct that mistake when it came into office, but then-EPA head Lisa Jackson got mugged on her way to the White House by the President's re-election campaign. Any changes were put on hold until that five year review clock began ticking again. And now the official alarm has gone off on that clock. The result is a re-affirmation of the earlier findings, this time with even more science to back up the changes.

As a result, EPA will have to decide whether or not to adopt the tougher recommendations of its scientists by December 1st of this year. If they do, a new standard will be officially adopted by 2015 and we'll have to write a new clean air plan in a couple of years to achieve that goal by the end of the decade. If it doesn't, they'll be sued, with the CASAC letter as exhibit #1, and they'll lose and have to set a new standard anyway.

Why is that important to the current debate over TCEQ's plan to meet the 75 standard?  Because the TCEQ plan leaves at least four monitors, spread out from Denton, to Keller, to Eagle Mountain Lake above 75 ppb – a standard that EPA scientists now say conclusively is not protecting public health.

"Close enough" to that 75 ppb level turns out to be too far away from real protection in light of the new recommendations for a standard below 70 ppb from the Science Advisory Committee. And that assumes you believe the computer modeling TCEQ has done to support its plan. To date, the state is 0 for 5 going back to 1991 in being able to accurately predict these things. If history is any indication, the state's plan will fail to reach its goal of 75 ppb at just about every one of the 20 monitors in DFW, not just four.

If you know your target of 75 ppb of smog over an 8-hour period is no longer a safe standard, and your current plan condones levels above that, it's not really a clean air plan.

December is not only when EPA must decide if it's going to pursue a lower smog standard. It's also when the state is scheduled to take public comment on its current DFW anti-smog plan. So you have the surreal possibility of holding public hearings over the merits of an already obsolete plan that isn't even serious about reaching its obsolete goal.

This is why DFW residents must demand a plan from Austin that aims lower, not higher. It's why they must demand the EPA not allow TCEQ to get away with being "close enough" to a standard that's not protecting their health. A real clean air plan would be shooting for an average of 65-70 ppb knowing that that standard will be coming down the road sooner or later. A real clean air plan wouldn't allow any monitor to exceed the current 75 standard. A real clean air plan would try to do its best to protect public health by implementing pollution control measures on the sources of smog that are the cheapest and most effective to target – Midlothian's cement plants, east and central Texas coal plants, and the natural gas industry.

And that's exactly what Downwinders and other members of the new DFW Clean Air Network are trying to do. We're pushing for stricter EPA enforcement of the 75 ppb standard, and we're pushing for adoption of "Reasonably Available Control Measures" on the cement plants and gas compressors – now, not later. Because the only way DFW breathers are going to get a better clean air plan out of Austin and Washington is by organizing for one themselves.