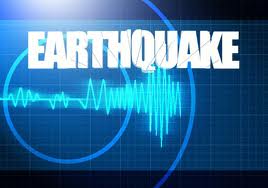 Downwinders at Risk's Jim Schermbeck was one of several speakers at the public organizing meeting on January 13th in Azle, just northwest of Ft. Worth, that saw the creation of a local citizens group to campaign to end the "human-induced" earthquakes plaguing the area for the past several months.

On Tuesday, he'll climb aboard a bus with Azle area residents and go to Austin to speak before the Texas Railroad Commission about the need to cease operations at local fracking waste injection wells until a Unites States Geological Service study on problem in completed in April.

Why is a group whose stated mission is protecting the DFW airshed getting involved with a fight over injections wells and earthquakes?

1. We were asked to. There just aren't that many groups in Texas that employ someone who knows how to parachute into a community and start an effective campaign from scratch. Downwinders is one of them. When we're asked to help a community we haven't been involved in before, as we were in Frisco, and as we are now in Azle, we think about our own past and the lack of any professional resources on the scene in the early 1990's during our fight with the Midlothian cement kilns. If we can be of some help in assisting people who legitimately need it, we usually don't turn them down.

2. Injections wells can be significant sources of air pollution. These facilities can dispose of 100 to 200 million gallons or more of waste every year. Besides fugitive emissions for unloading and storage, some injection wells also have outdoor pools of waste that systematically evaporate pollutants into the air. Injection wells are known to contribute to air quality problems on the ground similar to those experienced by original Downwinders living near the Midlothian cement kilns when they were burning hazardous waste. It turns out there are downwinders surrounding injection wells too. These well emissions are not only a toxic threat to residents living in the immediate vicinity, but they also contribute to regional smog problems too.

3. A win in Azle could led to saner restrictions on locating injection wells. It looks like the recent "swarm" of earthquakes around Azle are centered between two active injection wells. Why are these wells causing problems but others aren't? And why are injection wells being placed in densely populated areas near lots of water wells and infrastructure? DFW Airport saw earthquakes from their injection well and it got closed. Azle residents just want the same respect as American Airlines jets. Are there places in Texas where injections wells shouldn't be located? Yes. Like airports and places where people live near-by. Is it possible to use the Azle fight to better articulate that, regionally or even statewide? Yes. And that would be a good thing.

4. Azle represents an opportunity to organize and win deep behind enemy lines. Azle is in the heart of the Barnett Shale. It's already surrounded by wells and pipelines and compressors, and yet area residents know the shaking that's disrupting their lives is directly linked to fracking itself. This is a revolt of the already-gassed masses, something the western part of the Metromess hasn't seen. It's also true that Azle is prime tea-party GOP territory. Making alliances there helps give lie to the myth that environmental health is only something Democrats and tree-huggers are concerned about. Azle residents can't be easily dismissed as Greenpeace types. You can already see the worry from elected officials over the rise of these new critics. Railroad Commission special meetings. The hiring of a new state seismologist. A new legislative committee on quakes. All in less than a month. This ain't Austin. It's not even Dallas.

That's why we're getting on the bus come Tuesday.