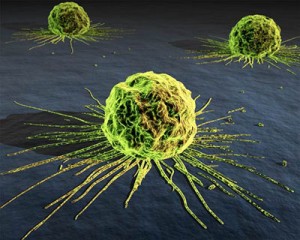 As of Thursday, the air you breathe CAN kill you, at least according to the World Health Organization, which officially classified air pollution as a cause of lung cancer. The move came after the group released a report earlier this year estimating that over 220,000 people died from lung cancer worldwide from exposure to bad air. Most of those deaths are occurring in countries in Asia.

Mostly these deaths are due to Particulate Matter pollution, the ubiquitous tiny particles of soot that are produced when things burn, like gas in cars, coal or gas or waste in power plants and cement kilns, and diesel engines and flares in the the gas fields.

Researchers have been producing one study after another for years linking a variety of illness and diseases to various ingredients of dirty air and specifically, Particulate Matter. Parkinson's Disease and other nerve and brain-related ailments, heart attacks and strokes, and of course respiratory problems have all been blamed on PM, but this is the first time it's been classified as a carcinogen. Most scientists in the field believe that there's really no level of exposure to the pollution that's completely "safe."

PM levels in DFW are generally low, but they've been rising over the last couple of years, and those measured levels are based on all of two monitors for all of the Metromess, so they could mask hot spots downwind of large sources (think Midlothian, compressors, and busy freeways). The EPA has proposed a new federal standard that's much lower than the current one, but it has yet to be implemented.