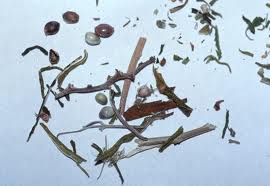 Maybe the Barnett Shale Energy Education Council thought it was being cute by sending their latest "study" out on the day Gasland II had its theatrical premiere in North Texas.

Or maybe they knew what an egg they were laying. It's a basic rule of PR that you don't send things out on a Friday that you actually want people to see. And if you were the industry, even you might be a little embarrassed about this thing too. As of Tuesday afternoon, the group was so proud of it, they hadn't even posted it on their on website. As far as we can tell, it's details have only appeared within stories from in-house publications like the Star-Telegram.

Imagine the pitch on paper, if there was one. "We'll fund our own research so that it'll have maximum credibility. And since we can't find a reliable academic institution to do it for us, we'll have to contract to something called ToxStrategies out of Houston. We won't do any new research at all. We'll just regurgitate the state's own lame monitoring data. We'll take the seven stationary monitors that have screened for air toxics in North Texas – you know, the ones that ony take samples every sixth day (when they were operational), and let that represent the entire Barnett Shale. We'll only look at some Volatile Organic Compounds readings. We won't connect any gas drilling or production taking place to a timeline to show what activity was actually going on around these monitors, so they'll be no way to correlate our presence with increases or decreases in pollution. And of course, since we're using TCEQ monitoring data, we can also use their unsupported claims that there are "safe levels" of benzene and other carcinogens when the most recent science is in direct opposition to that discredited idea."

And that's about it. Old TCEQ monitoring data that may or may not have any correlation to drilling activity is used to once again say, "Look Ma, no health effects!" Think of it as the "Titan Study Part 2."

Industry and regulators always want to start at the smokestack end of things and draw assumptions of human health from that end. As long as pollution is  below certain levels that they just know are "safe" (until one day' they're not), they connect the dots and say there is no human harm occurring. They really don't want to actually go out and test that theory among real people on the ground living next to these facilities. They might find it doesn't hold up very well. That's why they want to stick to reviews of monitoring data.

Citizens always want to start from the other end – real life. Let's test that hypothesis about safe levels of poisons and see what the rate of asthma, cancer, miscarriages there are in the neighborhoods around and downwind of these sources. Are the rates of illness higher or lower the closer you get to a facility? Is there any correlation between the types of illnesses and any chemical in the atmosphere or water, no matter how safe the exposure level? And you know what, when it comes to fracking, there seems to be a lot of difference between what the studies that rely on real life say versus what the studies that rely on measurements say, like this "new' old effort released about a quarter to five on a Friday afternoon.

But hey, It can't be the BSEEC without the BS.