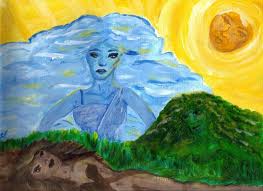 After the last one, they vote on a draft to send to Council and go home, so if you want them to include good stuff in between now and when they finish up in 2 weeks, you probably need to come to this Thursday's hearing, which, you know, only covers minor stuff like "Air Quality," "Water Quality," "Compressor Stations," and "Pipelines ."

That's right, all those critically-important topics are on the table this Thursday at the Commission, both in the morning workshop and in the afternoon public hearing.

And because we're doing such good work and establishing some important precedents in Dallas, the gas industry is mobilizing opposition and trying to roll those precedents back.

You've already seen local congressman "Smokey Joe" Barton try and recruit oil and gas engineers to defend the Trinity East permits. Now District 3 Council member Vonciel Hill is becoming an industry puppet for a lax drilling ordinance with her presence in a letter in Monday's Dallas Morning News from a local minister who's church just happens to want to negotiate a gas lease in southwest Dallas – you know, the part of the city that looks like it's in the Hill Country?

This column accurately laid out the facts on the huge benefits of the oil and gas boom in our nation’s economy. We need more convincing reports like this.

Southwest Dallas lags far behind the rest of Dallas in jobs and community development. A strong coalition of southwest Dallas pastors recognizes this disparity.

The Dallas City Council has a stewardship responsibility to consider all the facts about the Barnett Shale drilling here, and not just listen to a vocal few. Our District 3 councilwoman, Vonciel Jones Hill, has favorably received a joint report from the coalition supporting oil and gas business in Dallas.

Southwest Dallas needs a financial boost. The major churches, colleges, institutes, and nonprofit operations out here all have a stake in the economic success of southwest Dallas. This means drilling on the large plots of open land. Because this region is underserved and undeveloped, there is much open land where drilling can be done without disturbing the few neighborhoods.

Only our City Council can send the prosperity away to other neighboring cities. The council should instead work with the coalition for improved economic benefits for southwest Dallas.

We'll bet dollars to donuts that this letter wasn't inspired with the Rev. Summers his own self. For one thing, the Rev. has been totally absent up to now in the city-wide debate over gas drilling for the last three years. No appearances in front of the Plan commission or the City Council. But what do you also bet that we'll be seeing the Rev. Summers downtown on Thursday afternoon, making his debut testifying on behalf of more industry-friendly drilling regulations?

Please don't think this thing is a done deal. It's not. We need to keep our momentum going across a finish line that's now actually in sight. We know it's a drag, it's inconvenient, it's undemocratic, and it generally sucks, but we need Dallas residents to come back on Thursday and urge the Commission to keep taking proactive, protective stances toward urban drilling. What are the talking points for this Thursday? We're so glad you asked:

Citizens' Recommendation 1: Make electric motors mandatory in all phases of drilling and production of gas – keep the current Dallas provision.

One of the single most important steps as policy makers you can take to reduce the amount of air pollution produced by the gas industry is to require the use of electric motors during all phases of production.

Some of the largest sources of smog-forming and toxic air pollution within the gas industry are large diesel engines.  Use of these engines is justified in rural areas far from the electric grid. Within the city of Dallas, connecting to the grid should not be a problem. Industry representatives have said that electric alternatives exist for all diesels used in the industry save those in their trucking fleets.

Citizens' Recommendation 2:  Recommend the Council continue to explore the establishment of a local off-sets program for air pollution caused by gas facilities.

Traditionally, in a smog-plagued region like DFW, EPA would require new polluters to “off-set” their pollution increases.  For every ton of new pollution a large facility or power plant is going to emit, it would be required to reduce at least a ton of pollution in return. Off-sets are an established part of the Clean Air Act and work to put a brake on any new sources of air pollution that might disrupt air quality progress.

However, the facilities used to mine and process natural gas are diffuse over a large area. They’re not centralized like a power plant or a factory, and so under current federal law these facilities are not included in the federal off-sets program.

In the cover letter to the City Council that accompanied the Dallas Gas Drilling Task Force recommendations, Chair Lois Finkelman took favorable note of the idea of closing this loophole and establishing a local off-sets system and urged the Council to further explore the issue. Since then, off-sets have been endorsed by George W. Bush’s Regional EPA Administrator.

All we want from the Plan Commission is a recommendation that the Council go forward with discussions with the EPA on how the City could establish such a local off-sets program – the first one of its kind in the nation.

A 2012 University of Texas report on fracking and groundwater contamination concluded that fracking was more likely to cause surface spills of chemicals than other types of drilling.

In its landmark 2006 planning document, forwardDallas!, the City described how important it was to keep the Trinity River flood plains from being overrun with development,

More than 10,000 acres of the city’s floodplain, however, is vacant and should be protected from development through acquisition, restoration and dedication of open space. As was made painfully clear along the Gulf Coast during the 2005 hurricane season, the loss of flood plains and other natural recharge areas not only negatively impacts water and air quality, it fails to minimize damage during floods. In addition to flood stabilization, reclaiming and restoring these areas would provide sites for recreation, wildlife habitat and buffers for riparian areas while improving water quality and lowering the heat island effect.

Water and open space are precious natural resources in Dallas in 2013. We need to protect our available inventory from contamination by a process that has a higher documented rate of spills and leaks than conventional drilling by keeping it out of our flood plains.

It was clear the Dallas Gas Drilling Task Force thought the idea of the City hosting large centralized compressor stations was out of the question, and we believe the Plan Commission should maintain that stance on behalf of air quality and public health.

Southlake's gas ordinance, from which the Task Force borrowed heavily in formulating its own recommendations, has banned these facilities entirely.

The state awards what's called a Standard Operating Permit for compressors that allows them to emit up to 250 tons of air pollution a year without going through any public hearing or notice process. These are massive facilities, capable of churning out more smog-forming Volatile Organic Compounds every year than any single cement plant in Midlothian. The rejected Trinity East Compressor and refinery would have instantly become Dallas’ 10th largest air polluter the day it opened.

If the Plan Commission decides instead to regulate where and how these huge industrial polluters should be allowed to do business, we urge you to restrict their location to the appropriately zoned Industrial-Manufacturing area of the city with the same safeguards you provided for the location of gas wells in the city limits.

Citizens' Recommendation: Gathering lines should be odorized for public safety.

Currently there’s no provision in the Dallas ordinance to odorize gathering lines from well head to compressor station, even though these lines are often more numerous than any other kind of gas pipeline. Leaks can’t be detected by smell alone the way they can in commercial gas lines, even though gathering lines are often more shallow, less sturdy, and can run closer to protected uses than larger pipelines.

These next two meetings of the Plan Commission have the potential to produce the single most protective gas drilling ordinance in the Barnett Shale. It's a turning point. If you can give an hand by coming down and saying you want these five things in the ordinance this Thursday, it would help the effort a lot.

Thanks so much for your continued support.