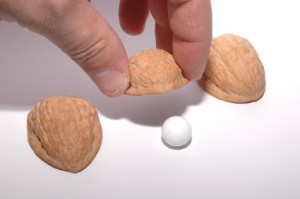 Thursday's Dallas Plan Commission hearing on a new gas ordinance just got a lot more interesting. At 12 noon today, citizens received the staff proposal for language dealing with compressors stations in Dallas – among the largest, most polluting, most dangerous kinds of facilities in the natural gas fuel cycle.

Staff is attempting to carve out more areas of the cities where compressors can locate, as well exempt them from the already-approved 1,500 foot setbacks from neighborhoods required for drilling wells themselves, as well as exempt them from the vote two weeks ago to require mandatory electrification of all motors and engines.

In other words, city staff probably has a proposed compressor in mind – maybe in the Northlake development or elsewhere –  they're trying to write the rules around – just like they tried to do for the Trinity East permits.

What are the changes staff is recommending be adopted tomorrow by the Commission?

Instead of confining them to only Industrial Manufacturing Zoning districts, as was voted on by the Commission two weeks ago, staff has gone ahead and included a brand new category of zoning that would also allow compressors  –  something called "Industrial Research" districts.

In Dallas, an Industrial Manufacturing district is for "Heavy Industrial Manufacturing Uses with Accompanying Open Storage and Supporting Commercial Uses." That fits compressor stations to a T, since they can emit up to 250 tons per year of air pollution with a "Standard Permit" from the state. They're also subject to tremendous pressures and explosions. They belong in a heavy industrial district.

According to the City of Dallas' own zoning code, the "Primary Use" of facilities in an Industrial Research district is "Research and Development, Light Industrial, Office, and Supporting Commercial Uses."

We know from experience that the only research going on in or around compressor stations in North Texas are experiments on the public health. Staff gives no rationale for allowing compressors to operate in areas of light industry – like warehouse districts – where they would instantly become the nastiest neighbor.

This last minute change is reminiscent of what staff was doing to protect the Trinity East permits before anyone knew about the secret agreement former City Manager Mary Suhm made with the company. Could there now be another company or site the staff is trying to leave open for compressors that wouldn't otherwise be available by sticking to just the Industrial Manufacturing districts the Plan Commission voted for two weeks ago?

2) Staff wants to exempt Compressors from the 1,500 foot setback already agreed to for drilling sites.

This makes no sense at all. For all the real and potential problems at a well drilling site, they're miniscule compared to the pollution footprint of a compressor station. Moreover, the most intense potential releases of air pollution occur at a well site over a period of weeks, or, at most months. Once compressors are built, they're staying put and operating 24/7. If you have a 1,500 foot setback protecting neighborhoods from well sites, shouldn't you also at least provide that same level of protection from a facility that will be pumping out more pollution and also poses a risk of explosion, if not more? But, for some reason, staff wants Dallas residents to be less protected from these kinds of operations.

We need your help at tomorrow's public hearing  tomorrow to argue that we need at least the same setback for compressors as we do for well sites.

At their September 12th meeting, the Plan Commission also voted to require electric motors on all gas production facilities. No distinction was made between drilling site motors and generators, and compressors engines. Industry has argued that they can find electric alternatives to every combustion engine including the giant, locomotive-sized engines that run compressors. Since compressor stations are among the largest industrial air polluters, replacing diesel engines with electric ones makes even more sense in a "non-attainment area"  for smog like DFW than requiring electrification of all the motors and engines on a drill pad site.

The staff's recommendation that compressors be exempt from required electrification looks to be another special favor staff wants to grant  the industry.

These changes, along with others that we're just now receiving word about, are serious enough to cause us to change our plans for tomorrow's public hearing.

Citizen groups be hosting another pre-hearing press conference at 1:00pm  in the Flag Room outside the City Council chambers on the 6th floor where we'll be able to itemize the most severe challenges to our goal of getting the most protective gas ordinance in North Texas. THIS IS THE LAST PUBLIC HEARING ON THE ORDINANCE. WE NEED YOUR HELP. Please be there at 1 pm to hear what's at stake and what we need to be calling for in our testimony tomorrow afternoon.

Now is not the time for complacency…..