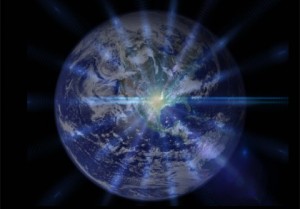 Wednesday's vote on the Trinity East permits was not only an historic one. It's a long overdue turning point.

The bloody knuckle political fight over urban gas drilling in Dallas in 2013 is the fight local environmentalists owed Fort Worth in 2006.  Our collective failure in Cowtown gave the gas industry a too-friendly template for every other DFW city that's come after Fort Worth's gas rush.

Wednesday that template got tossed. A clearly frustrated Trinity East lobbyist complained that the company wouldn't even have had to participate in a Council hearing like this one if the same permits were being sought in Fort Worth. Welcome to Big D.

We can't undo old wrongs, but we can start changing the pattern of behavior that keeps churning out new ones. Wednesday's vote by the Dallas City Council was, by far, the highest-profile rebuke of the gas industry in a region it thinks its owns lock, stock and barrel. As he Dallas Morning News put it, "the defeat could be the death knell for natural gas drilling in a city known around the world for its ties to the petroleum industry." Politically, we aren't in Fort Worth anymore.

So what else is new after yesterday? From micro to macro:

From just a basic civics perspective, it's hard not to be impressed with the job that residents did in mobilizing themselves into a persistent and contentious force for change. This wasn't just an environmental victory. It was a victory for grassroots organizing. Residents had to fight not only the gas industry, but Dallas City Hall staff and the Mayor, who were all doing their best to rig the process in Trinity East's favor. Moreover, they had to fight on multiple fronts at the same time, both within the regulatory process to deny the permits outright, and in the Spring's city council elections to make sure they had the votes once the permits got to the horseshoe on Marilla. And oh yeah, they've had to put together and lobby for the toughest regulations to be included in a new ordinance being written, also at the same time.

That said, the last nine months have seen the biggest show of green political muscle in the city's history. If you total up the numbers of people involved, throw in a scandalous secret memo that brings down a City Manager, add triumphs in half the council elections you enter, and pile on winning-over the local conservative daily newspaper, then there's just no comparison. The momentum carried into Wednesday's meeting when opponents got two more votes than the four that were needed to block the permits, for a total of six. That's a far cry from the two or three everyone was sure about when this started last winter. We've seen the Dallas environmental movement grow up right before our eyes into something nobody, including environmentalists, thought it was capable of being when this started.

The fruit of this new growth was on display at City Hall (Coverge from the DMN, KERA, CultureMap and the Observer). There's no precedent for the kind of coalition that turned-out, except maybe the anti-Trinity Tollroad coalition that almost upended the Citizens Council's plans for solar-powered water taxis and riverside freeways in the 1990's. There were West Dallas residents from La Bajada, Oak Cliff dwellers, North and East Dallas homeowners association presidents, Students, teachers, professionals, gas lease owners, environmentalists, neighborhood activists, an Irving city council member, young mothers, young grandmothers and everything in between. Reflecting this diversity was a Council coalition that included both Hispanic Council members, Adam Medrano and Monica Alonzo, African-American Carolyn Davis, newcomer Philip Kingston, and stalwarts Sandy Greyson and Scott Griggs. If this alliance of interests holds together, it stands a very good chance of getting a strong new ordinance in the coming months.

And what about that new ordinance? With the old business of Trinity East now concluded, all attention is directed at Dallas writing and passing the most protective gas drilling ordinance in the Barnett Shale by the end of the year. The chances of that happening went up dramatically with Wednesday's vote.

One of the most unexpected results coming out of the confrontation was Mayor Rawlings' seemingly blunt declaration that he was four-square against urban drilling in Dallas. Saying the city could afford to be picky about the kind of development it seeks, he stated he didn't think gas drilling was a good match for Dallas and looked forward to passing a strong new ordinance. We'll see. Actions speak louder than words, and so far the Mayor's actions on this issue have all been in service to approving the Trinity East permits. With that fight resolved, can he be trusted to embrace a new philosophy? We'll be able to tell soon enough with a draft ordinance due to be delivered by the Plan Commission to the Council in late September. At any rate, his public confession on Wednesday is another sign of how far the Dallas movement has come. It's impossible to imagine Fort Worth Mayor Betsy Price uttering the same words.

It also gives the new members of the City Council some cover to vote for tougher regulations as well. Rumor has it that Jennifer Staubach-Gates was agonizing over the Trinity East vote even as she entered the Council Chambers. She eventually voted with the Mayor but as an ex- school nurse who's dealt with asthmatic kids firsthand, she's concerned about air pollution and other public health consequences of fracking. The Mayor's coming out against drilling in Dallas may embolden her and others to get on the band wagon. Rawlings' statement also sets a high bar for the slew of Mayoral candidates coming up in the next election cycle.

Residents now must focus on the last two Plan Commission meetings and hearings that are deciding what kind of new gas drilling ordinance Dallas will write. And they represent very full plates of issues indeed:

On Thursday, September 12th, at 8:30 am the Commission will begin work on the topics of "Air Quality," "Water," "Pipelines" and "Compressor Stations" in their morning workshop. At 1:30 pm that same day they'll get around to holding another one of their unique (anti-public) public hearings at City Hall on those same subjects. It's vital that residents remain plugged into this process and show up to speak on these incredibly important issues.

Just as opponents all got behind the idea of 1,500 foot setbacks and made it a mantra, we no need to coalesce around three or four central and simple concepts for the 12th including: 1) Air Pollution Off-sets, 2) Special Zoning Districts for Compressors,  and 3) much higher water rates for taking water permanently out of the hydrological cycle.

– Off-sets would require that gas operators estimate how much new greenhouse gas (GHG) pollution they'll emit into the air every year based on EPA numbers and their own self-reporting, and then off-set those increases in air pollution by paying for pre-approved air pollution control projects in Dallas that would reduce pollution. If you expect to release 5 tons of emissions from your gas operations, you will have to pay for reducing five tons of air pollution in the city by electrifying a car fleet, improving energy efficiency measures in homes and buildings, putting more bikes on the street and so forth. In this way, off-sets also act as a strong incentive to decrease emissions as much as possible at the sources themselves. The less you pollute i nthe first place, the less you have to pay to off-set that pollution.

Unlike every other heavy industry that does business in a smog "non-attainment" area such as DFW, the gas industry is exempt from having to do this at the federal level. So we want Dallas to be the first city in the nation to fix that loophole by requiring local off-sets. This would be a precedent-setting piece of policy-making that citizens could then take to other Barnett Shale cities and counties. A grassroots regional policy could grow out of the Dallas template – much like it did when Dallas passed the first "green cement" procurement policy in 2007. That campaign lead to the eventual closing of all seven old wet kilns in Midlothian and millions of pounds of air pollution permanently eliminated. It forced the cement industry to clean up. We want to do the same thing with the gas industry and offsets.

This new policy could be the beginning of a tool that we can use to significantly reduce gas industry air pollution, not only in DFW, but in smoggy metro areas throughout the U.S. that now also host gas drilling, like Denver, Pittsburgh, and Los Angeles.

– Compressor Stations are the big league polluters of the natural gas fuel cycle, running 24/7 365 days a year and emitting voluminous amounts of air pollution. Some compressor stations release more Volatile Organic Compounds than the Midlothian cement plants and they're huge greenhouse gas polluters. A recent study from the Houston Advanced Research Center found that a single flare or compressor could raise downwind smog levels by 3-5 parts per billion or more within five miles. Compressors should be required to get their own Special Zoning District with strict rules on sound, pollution and setbacks.

– Water is precious in NorthTexas and industries that take it permanently out of the hydrological cycle should pay more than those that don't. A lot more, because it means we have to go out and find that water anew. Likewise, during drought conditions, water should be for drinking, not fracking. It's critical we make the industry pay for the real costs of using so much of this absolutely necessary resource and then throwing it away for good down a hole.

On Thursday September 26th the Plan Commission will hold its final public hearing on the new gas ordinance. Then it will vote on a draft to send the City Council. Again, citizens need a good turnout for sending this document off, whether it has everything in it we want, or it's lacking in some important way. We need to be there.

We are only these two September hearings away from showing up at the Dallas City Council with the most protective gas drilling ordinance in the Barnett Shale and providing the region and the country a new alternative for the obsolete Fort Worth model.

If you came down to City Hall, if you e-mailed, or phoned or wrote – Thank you for your contribution to the fight. It took exactly the amount of effort you and everyone else gave to make Wednesday's victory happen. It will take it again to pass a great ordinance.

But stick with us. We're making history.